You are here: Home / Cancer Causes / Are Environmental Toxins Harming Your Health? (video) 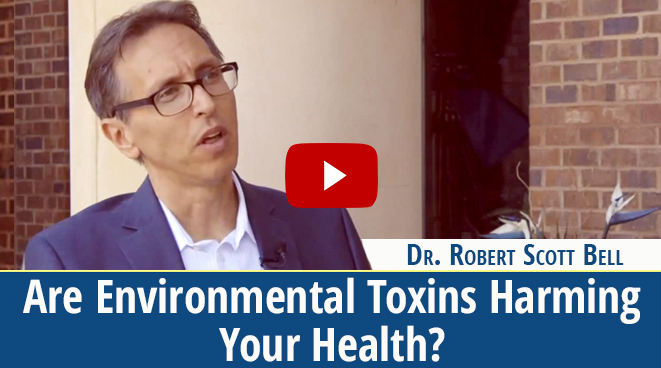 Ty Bollinger: So talk about the effects of environmental toxicity. I think that’s kind of where you’re going on the cancer epidemic that we have today.

Dr. Robert Scott Bell: Well we have the dawn of the industrial revolution [which] of course brought a lot of toxic pollutants into the air, so we had a lot of airborne soot, different things coming down. A lot of mercury in the soot as well. And that began to contribute to different diseases of the lungs, because that would be our primary mechanism of interaction with these toxins at the early ages of the industrial revolution.

We can also see people were packed into cities and the smog covered − there was coal fired plants everywhere and everybody was heating the homes this way − that they would also block out a lot of the sun and have vitamin D deficiencies from lack of sun exposure. So there was this combination of the toxins as well as the elimination of certain natural exposures to good foods or even the sunlight that was so helpful.

But these toxins − there’s a price to pay. Not only are they obviously pollution, they’re dangerous, but what do they do in the body metabolically? The only way to counter them is to of course have adequate minerals, vitamins, trace minerals, all of these things. This is what the body uses to bind and ultimately excrete the bad guys, so to speak. If you have enough of these toxic pollutants coming in from day one every day, never an escape from it because you don’t know a lot of times. They’re now invisible. 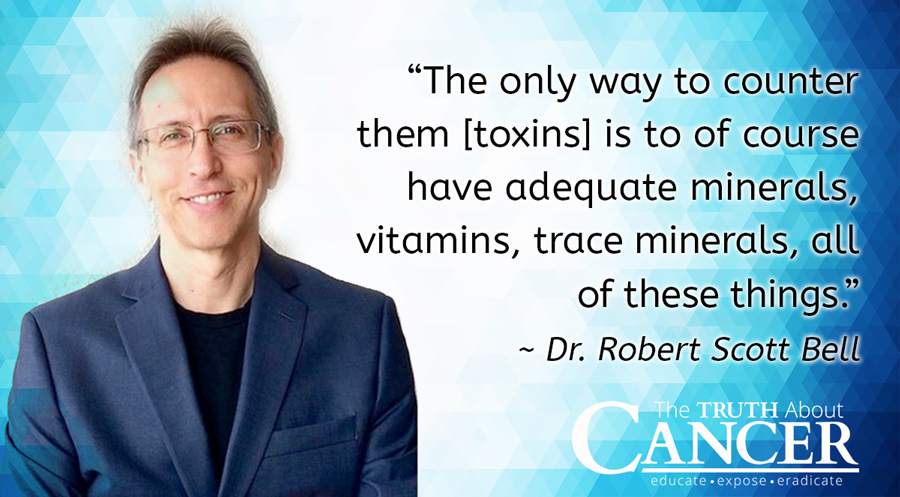 They come in through pesticides in food. They come in through other contaminants − through the water if we’re not purifying it and structuring it in a proper way. These things will over time deplete the mineral content of the body; the stores that we have that would normally come from the soils from the food that we eat.

And at that point, again these are subclinical, they’re not overt deficiencies like Scurvy or Beriberi [vitamin B1 deficiency] but they’re subtle over time. They are diagnosed as main diseases by modern medical doctors and physicians and treated as if they’re a deficiency of some sort of patent medical drug approved by the FDA, which is absurd.

We don’t have a drug deficiency. There is no such thing as a drug deficiency disease. Every symptom you take away with a drug you add 10 others because you’re adding more of the toxic pollutants that your body is then having to give up the minerals to neutralize and bind and excrete and get it out of the body.

So as you deplete those minerals you have less of a defense. Your immune system becomes more disregulated, and now the toxins can proliferate unabated. And at that point they impact the metabolic functioning of every cell in the body or specific areas. If you have enough strength to mobilize those toxic poisons in those cells you might wall it off in a tumor, but a lot of times now we see a systemic growth of cancer because we no longer have certain minerals like silica, which are critical for connective tissue integrity.

That is what keeps a tumor, let’s say, or a cancer, or a cancerous growth from metastasizing because it chews through connective tissue in this way. So there are a lot of aspects to the toxin factor but you can’t disconnect it from the nutrient factor, the mineral factor. So they go hand in hand.

←
Previous
Royal Rife and Bob Beck: Can Their Electro-Medicine Defeat Cancer?
→
Next
The Truth About Tamoxifen (Part 1 of 2)