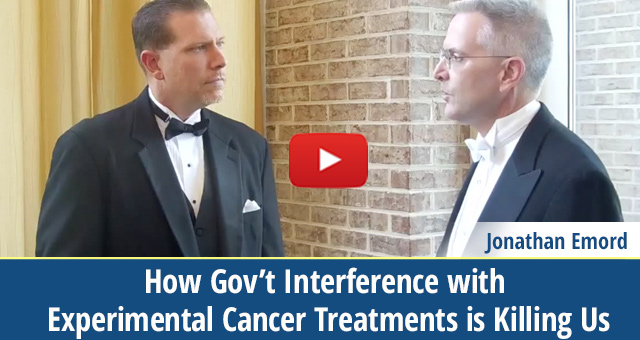 Video Transcript: How Gov’t Interference with Experimental Cancer Treatments is Killing Us

Jonathan Emord: …and that’s what our government does. It’s a travesty and it’s really, when you think of the number of people who have died or have suffered immeasurably because of it [Gov’t interference with accessing alternative cancer treatments], you want to hold those responsible to account.

And yet they’re protected by sovereign immunity of being prosecuted, despite the fact that they are very directly responsible for taking the lives of these people. By denying them the freedom to choose an alternative that works for them.

Ty Bollinger: A case in point… a friend of mine, Jim Navarro, the father of Thomas Navarro, wanted to go to the Burzynski Clinic and was not allowed to. On the death certificate it says that the chemotherapy was why he [Thomas] died.

Jonathan Emord: Donna Navarra is here tonight. We’re honoring her for her struggles and that great movie that documents the life of her son, Thomas.

Jonathan Emord: That is just a horrible, horrible example of how government can very directly and horrifically affect the lives of people. In their case, it was just so tragic, and it didn’t have to be. Obviously if they [authorities] had gotten out of the way, who knows, Thomas may have been still alive today.

But they stood in the way and they blocked his access. It took months and months and years. And all the while, his condition worsened.

So by the time they finally did allow him to have access to [Dr.] Burzynski’s anti-neoplasms, it [medulloblastoma (brain tumor) ] was so far along. And then what ultimately killed him was the toxic reverberation effect of the chemo therapy radiation that he had received a year before.

Jonathan Emord: It’s just so horrible, and his parents knew that that would happen; they knew they needed access to the alternative.

And they were prevented by their own government from doing it. Even though the consequences were just plainly understood. Both by the physicians who had administered it, and by other physicians who were oncologists who were talking to them about what to do.

Ty Bollinger: Yeah, because of matter of fact they [Thomas’s parents] told me that the oncologist told them before the treatment, they knew it wouldn’t work, but they did it anyway. 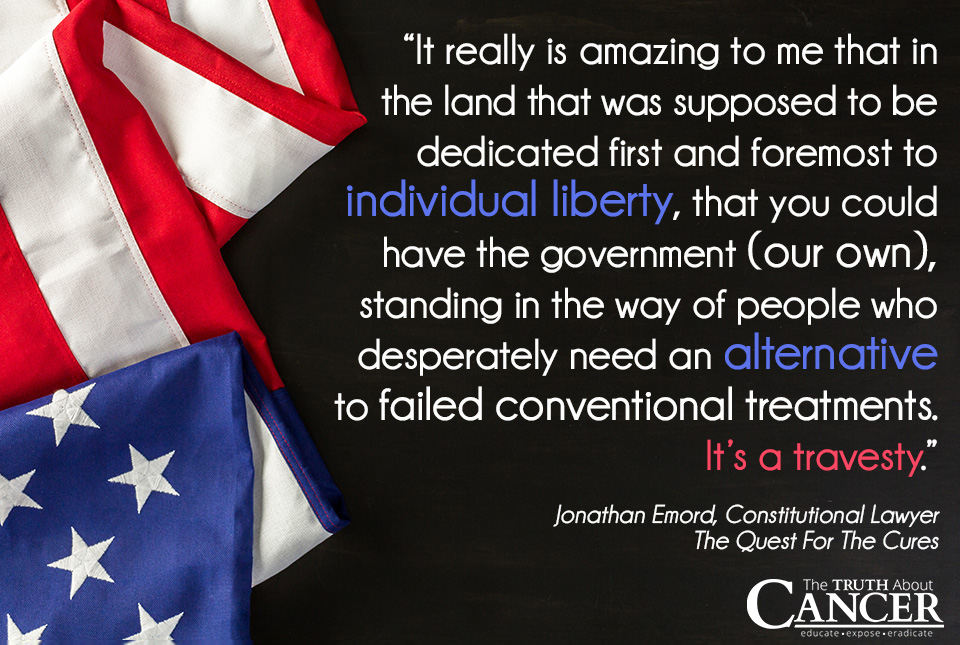 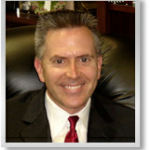 Jonathan W. Emord has been practicing constitutional and administrative law before the federal courts and agencies since 1985. Having begun his career as an attorney in the Federal Communications Commission during the administration of President Ronald Reagan, Emord has maintained an abiding conviction to achieve full First Amendment protection for the freedoms of speech and press. In 1991, he authored the critically acclaimed Freedom, Technology, and the First Amendment in which he chronicled the intellectual foundations of the First Amendment and advocated replacing government control over the airwaves with a title registry, private property rights approach. Emord has practiced law for a number of well-respected firms, including Wiley, Rein & Fielding, and served as a Cato Institute Vice-President.