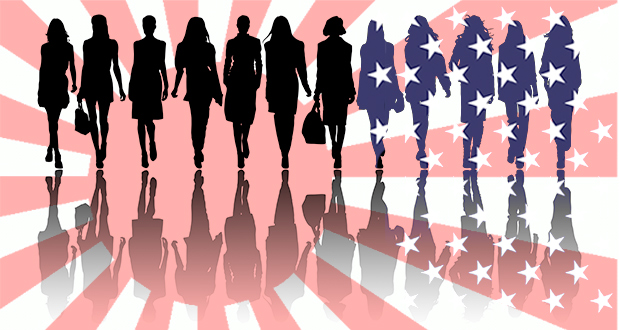 How much does where you live impact your risk of getting cancer? Do wealthier countries fare better when it comes to breast cancer rates?

March 8th is International Women’s Day. This is a day to celebrate the amazing contributions of women around the world.

The day was created over 40 years ago as a vehicle for highlighting the on-going worldwide struggles of women and girls for equality, safety, and freedom… including the ability to lead healthy, cancer-free lives.

This year, International Women’s Day is being organized by the United Nations (UN) as part of its 2030 Agenda. The 2030 Agenda consists of 17 goals that cover every aspect of human life on the planet − including gender equality and health.

Goal #3 is designed to “ensure healthy lives and promote well-being for all at all ages.”

Goal #5 claims to strive to “achieve gender equality and empower all women and girls.”

These goals sound great, right? After all, 2/3 of the world’s illiterate people are female and 1/10 of all people lack access to safe drinking water. So any progress that involves providing for these bare-bones necessities (which 2030 Agenda claims to have plans to do) seems like a wonderful thing.

What is concerning, however, is how “progress” often comes with the adoption of “Western” nutritional and lifestyle habits.

Again and again, statistics confirm that when individuals in developing countries adopt the eating and lifestyle patterns of industrialized peoples, this change inevitably comes with a decline in overall health and a subsequent increase in lifestyle-induced diseases such as cancer. 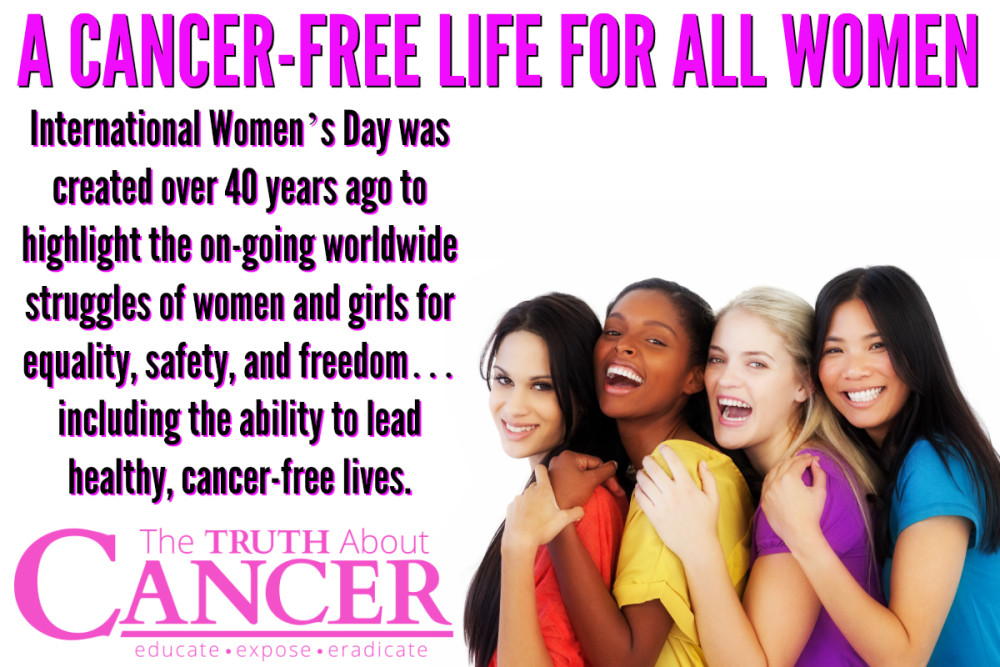 The rhetoric of the UN paints a picture of those in developing countries as the “unfortunate” ones when it comes to health. Actual studies of populations before and after Western influence say something slightly different when it comes to breast cancer health.

Breast Cancer Rates in Asian Women in the U.S. vs Abroad

But what happens to first and second generation Asian-American women? Do those who immigrate to the United States and Europe as children or are born in the West maintain low breast cancer rates as well? 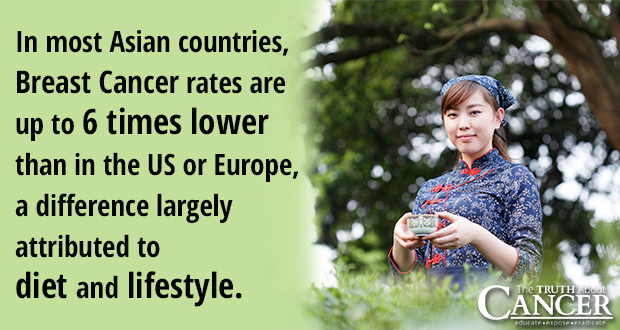 A study conducted by the University of Southern California looked at breast cancer rates between the years 1988-2004. Researchers discovered that Chinese and Filipina women born in the U.S. had invasive breast cancer rates that were roughly 80% and 30% higher respectively than their foreign counterparts.

During this same time period, there was virtually no difference in breast cancer incidence rates between U.S.-born and foreign-born Japanese women. The researchers speculated that this was caused by lifestyle changes in that country that began over 50 years ago.

Lifestyle-risk factors for women living in Japan have been basically on-par with those for United States white women since World War II. This is when many Japanese women entered the workforce and the birthrate plummeted. These two factors, along with higher socioeconomic status, higher body fat levels, and higher stress levels have created a steady rise in breast cancer rates among Japanese women living in Japan. This is especially evident during the years 1988 to 1999.

The African Gut vs the European Gut

Another study, published in the National Academy of Science in 2010, took a look at the underlying causes of diseases like cancer. Researchers analyzed fecal material from children living in rural Western Africa and children living in Europe.

According to the researchers: “Our results suggest that diet has a dominant role in shaping the gut microbiota. We can hypothesize that the reduction in richness we observe in EU compared with BF children, could indicate how the consumption of sugar, animal fat, and calorie-dense foods in industrialized countries is rapidly limiting the adaptive potential of the microbiota.”

These findings are significant because of the important role the gut plays as the first line of defense against diseases like breast cancer. Substances in the gut do everything from regulating our immune system to balancing our metabolic functions. And, diversity where bacteria is concerned is the key.

The Impact of Western Lifestyle on Breast Cancer Rates

Ironically, it has been by looking specifically at breast cancer statistics between women in Asia and the United States that factors such as environmental pollution, dietary habits, and stress began to be taken seriously by the scientific community as possible causes for cancer and other disease.

According to the USC researchers:

Indeed, it has been because of intercontinental studies such as those in Asia and Africa that the field of epigenetics was born. Unfortunately, this knowledge comes at the cost of thousands of women’s lives. It is my hope that the creators of International Women’s Day and 2030 Agenda will include the common sense wisdom of traditional diets and lifestyles in their efforts towards “progress” around the world.