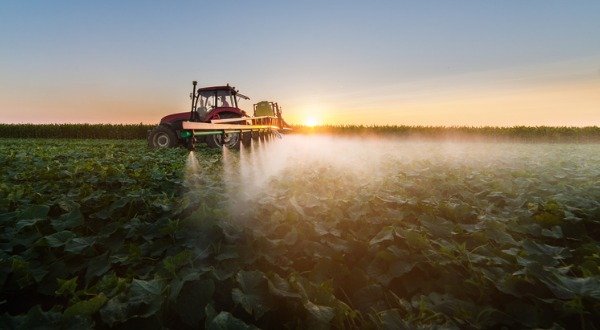 It’s finally happened. In a landmark ruling last week, a California jury found that Monsanto failed to warn consumers that their pesticides cause cancer. The plaintiff, Dewayne Johnson, was awarded $289 million in damages.

Johnson, a groundskeeper for the California school system, regularly used Monsanto products Roundup and RangerPro on the job. Although healthy when beginning the job in 2012, Johnson was diagnosed with non-Hodgkin’s lymphoma in 2014 after working regularly with the pesticides.

This is the first of over 5,000 cases claiming that Monsanto knows that glyphosate, the world’s common weed killer, causes cancer, but has deliberately hidden that information. [Editor’s note: As of March 2019, the number of both state and federal U.S lawsuits has risen to over 11,000].  Johnson’s case was fast-tracked to trial due to the severity of his illness. According to a deposition from his doctor, by January of this year his body was 80% covered in lesions. He says that Johnson is unlikely to survive past 2020.

This is a major development, and the first trial linking glyphosate to cancer. Johnson’s lawyers focused on proving that Monsanto (recently acquired by Bayer AG) deliberately suppressed evidence that Roundup causes cancer. If you’ve been following The Truth About Cancer, this is not new information.

But in case you haven’t, here’s what you need to know:

Glyphosate, the primary active ingredient in Roundup, is the most widely-used herbicide on the planet. More than 300 million pounds of glyphosate are used every year on U.S. farms alone.

Glyphosate strips plants and soil of nutrients, and in the past 40 years, tens of millions of acres have been saturated and destroyed by glyphosate and Roundup. Since its introduction in 1974, over 9 million tons of Roundup have been sprayed on fields worldwide.

Everything from endocrine disruption and obesity to diabetes and heart disease – and, of course, cancer – has a scientific tie-in to glyphosate exposure. Studies have linked glyphosate to cancer, kidney failure, chromosomal damage, and immune system damage. And when combined, the chemicals found in Roundup are 1,000 times more toxic than glyphosate alone. What’s worse, glyphosate is everywhere.

U.S. Geological Survey data shows that glyphosate is present in more than half of all surface waters, soil, and sediment. Aminomethylphosphonic acid (AMPA), its degradation product, is even more commonly detected, showing up in more than 80% of wastewater samples collected at municipal treatment plants. Monsanto itself admits that some glyphosate remains on and in food crops like canola, cotton, and corn, meaning we’re consuming unknown amounts of glyphosate regularly.

For a more detailed look at the dangers of glyphosate, check out my 2016 article here.

Monsanto says it will appeal the verdict, stating, “Today’s decision does not change the fact that more than 800 scientific studies and reviews…support the fact that glyphosate does not cause cancer, and did not cause Mr. Johnson’s cancer.”

Is this true? Monsanto has boasted the safety of glyphosate for decades. In 2017, the U.S. Environmental Protection Agency found the chemical not likely carcinogenic to humans after a decades-long assessment of glyphosate dangers.

Conversely, the International Agency for Research on Cancer (IARC), the cancer-research arm of the World Health Organization, found glyphosate to be a “probable carcinogen” based on studies regarding human, animal, and mechanistic. But the IARC’s ruling goes against the assessment of every other agency that has studied glyphosate, including the EPA, European Food Safety Authority, and WHO. It was met with harsh criticism and accusations of selectively choosing studies for a desired outcome.

So what’s the truth?

The truth is that the FDA doesn’t require a single safety study on GMOs, as determined by a policy overseen by Michael Taylor. Michael Taylor, the former attorney for Monsanto, was given the position by the FDA after specifically creating it to promote GMOs. This allows companies like Monsanto to determine the safety of their products for themselves.

Taylor then returned to Monsanto as vice president and chief lobbyist before becoming the FDA Food Safety Czar. There is overwhelming evidence that Monsanto has maliciously interfered to bury any evidence that glyphosate is unsafe. I could write a book about the unscrupulous activities in which Monsanto and Bayer have engaged.

To hear my concerns about the malignant Monsanto-Bayer union, click here.

This case sets an historic precedent for holding Monsanto accountable for their actions, and may finally expose the truth about glyphosate, GMOs, and the devastating effect they’ve had on our health and environment. For the thousands of lawsuits filed claiming that Roundup causes cancer, the jury’s findings pave the way for real transparency and accountability for the world’s largest herbicide and pesticide manufacturer.

The internal correspondence noted by Johnson could support a jury finding that Monsanto has long been aware of the risk that its glyphosate-based herbicides are carcinogenic … but has continuously sought to influence the scientific literature to prevent its internal concerns from reaching the public sphere and to bolster its defenses in products liability actions.

Sadly, the ruling may be too little too late for Dewayne Johnson. For the rest of the world, this ruling could save millions from exposure to one of the most prevalent carcinogens of our time.