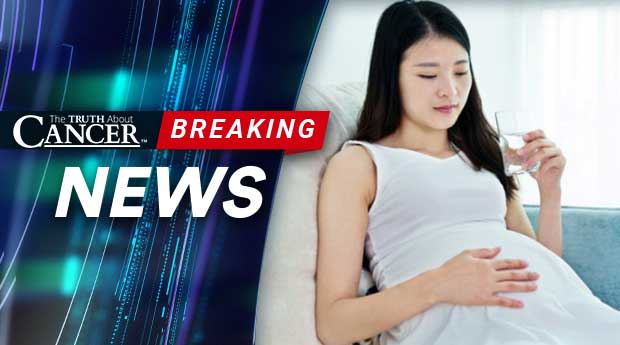 For decades, a battle has been waged about the safety of fluoride. The American Dental Association swears that fluoridated water is “safe and effective,” and has supported fluoridated drinking water for nearly 70 years. The CDC hails fluoridation as one of the top 10 health achievements of the last century, claiming that it reduces the incidence of cavities by about 25%.

Even the American Academy of Pediatrics – a group of over 65,000 pediatricians – recommends children begin using fluoridated toothpaste “starting at tooth eruption, regardless of caries [tooth decay] risk.”

But new research may soon change the way we view fluoride.

According to a study published this week in JAMA Pediatrics, fluoride could be responsible for falling IQ scores in children. Specifically, the study found that women who drank fluoridated water during pregnancy were more likely to give birth to children with lower IQs.

For years, the idea that fluoride is harmful to our health has been denounced as a “conspiracy theory” by the mainstream media and many medical institutions. There is research to suggest that fluoride is associated with neurotoxicity, immune damage, respiratory issues, birth defects, brain damage, and learning disabilities.

But conspiracy theories are only theories until someone pulls back the proverbial curtain. Then they become conspiracy facts.

The History of Fluoride in Water

It’s important to understand the history of fluoridation. Around the 1920s, aluminum production was booming. But manufacturers had a problem; it was expensive to safely dispose of the toxic fluoride waste created during production. Like in any industry, manufacturers began to look for ways to monetize these “leftovers.”

Most groundwater contains trace amounts of a naturally occurring fluoride called calcium fluoride. This comes from the soil and is generally considered safe in small amounts. But the product that the aluminum industry wanted to unload was a synthetic fluoride called sodium fluoride. Sodium fluoride has been regularly used in pesticides and, in its purest form, can actually eat through concrete. This is what was first introduced to our drinking water (we now use a compound called fluorosilicic acid).

A government “spin team,” led by the legendary Edwin L. Bernays, began a campaign to promote fluoride as a safe way to reduce tooth decay. Bernays, known as “The Father of Spin,” used questionable research and a relenting marketing campaign to drill the public with this idea.

But the studies and research leave much to be desired.

Many of these studies have been scrutinized over the years. There are serious concerns that much of the data was merely fabricated by scientists who had ties to companies that had a vested interest in selling fluoride. This “pay to play” science is still common today, with companies like Bayer, Merck, and Johnson & Johnson all involved with questionable product safety studies.

What’s more, the sample size was not very diverse. Rural communities were less likely to have fluoridated water than suburban communities, and those families would have had very different dental hygiene practices. There’s also little correlation. Over 95% of Western Europe drinks non-fluoridated water, yet tooth decay in these countries has declined over the past several decades.

Correlation does not always amount to causation.

But the conditions correlated with fluoridation range from fluorosis (white streaks on the teeth of children) to brain damage and cancer. This study may pave the way for scientists and health agencies alike to take another look at fluoride.

Roughly two-thirds of Americans have fluoridated drinking water, which was first introduced in Grand Rapids, Michigan in 1945. But the levels recommended by the Department of Health and Human Services have not been so consistent. Just 4 years ago, HHS reduced their fluoride recommendation by over 40%, from 1.2mg/liter to 0.7mg/liter.

The study looked at 400 women, factoring for things like income and education. Just a single milligram of fluoride each day was associated with a 3.7-point drop in children’s IQ. For little boys, the drop was even more significant, with each milligram increase associated with a 4.5-point drop. On the IQ scale, the difference between a child with average intelligence and a borderline mental deficiency can be as little as 12 points.

There have been studies like this before, but never one with such high scientific quality. The editor of JAMA Pediatrics, Dimitri A. Christakis, understands the importance of this study. “The decision to publish this article was not an easy one,” he said. For the first time in his career, Christakis added a note to the study explaining that the research had received “additional scrutiny.”

Despite the abnormally stringent review, many doctors have praised the study. But Pamela Den Besten, a pediatric dentist who studies tooth enamel at the University of California at San Francisco, says the study won’t stop the dental industry from pushing fluoride.

I believe that, in general, the dental community will discount these findings, minimize their importance and continue to recommend the use of fluoridated water during pregnancy.”

Nevertheless, she finds the study to be above reproach. Adding that “this study has been carefully conducted and analyzed.”

And she’s not alone. Philippe Grandjean, a physician who studies brain development and environmental pollutants at the Harvard School of Public Health, found that is was “an excellent study.” Even better, he believes that the research should light a fire under the CDC regarding fluoride safety.

[The] CDC has to come out and look at the risk-benefit ratio again, because they can’t continue relying on studies that were carried out decades ago.”

The CDC declined to comment on the study’s findings, but spokesperson Amesheia Buckner said that “community water fluoridation is one of the most practical, cost-effective, equitable and safe measures communities can take to prevent tooth decay.”

Those with an agenda will undoubtedly find loopholes and excuses for ignoring the findings. It’s easier to rely on bad science from 10 years ago than to consider that we may have been poisoning our own water supply for over half a century. But the truth always comes to light, and this study is a major step towards that truth.

There’s undoubtedly more research to be done. The study was not able to prove causation or method – only correlation. But it is a sign that we need to rethink the status quo. We need to stop insisting that things are “safe and effective” when the jury is still out. This research has shown us that there is serious work to be done. The question is: are we up to the task?