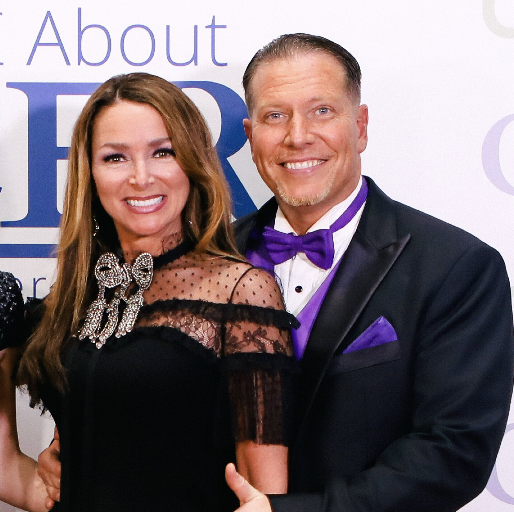 AMARILLO, TX—Filed today, a first of its kind antitrust action against the British Broadcasting Company (BBC), the Washington Post, Reuters, and Associated Press for many millions of dollars seeks to address the censorship of healthcare freedom advocates, activists, journalists, and medical professionals who dared to question the narrative relating to the COVID-19 pandemic, the government response, and vaccine mandates.

According to the lawsuit, a partnership called the “Trusted News Initiative”, or TNI, was created to exclude rival publishers from the dominant internet platforms who engage in reporting that challenges or competes with members of the TNI. This coordinated effort is a classic form of a “group boycott” for the purpose of removing smaller publishers from leading internet platforms, damaging their ability to compete or even survive.

The lawsuit reveals that in March of 2020, Big Tech and the Legacy Media entered into an “industry partnership” called the “Trusted News Initiative”, or TNI. The partnership was launched by BBC Director-General Tony Hall, with the agreement that members of the TNI “work together to . . . ensure that disinformation myths are stopped in their tracks.” 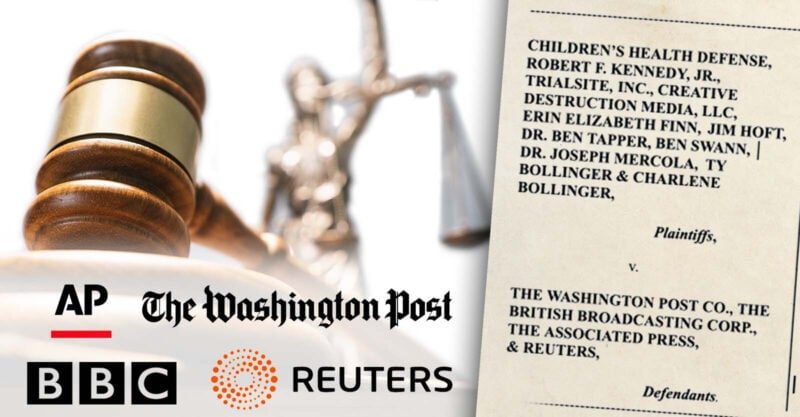 Members of the TNI include legacy media outlets; the British Broadcasting Company, the Washington Post, Reuters, Associated Press, and Los Angeles Times, along with social media and tech giants Twitter, Facebook, Microsoft, YouTube, LinkedIn and Google. The members of the TNI have an 85% market share of the online social media news market, 90% of the overall social media market, 90% share of the social networking market, 75% of the video hosting market, and over 90% of the search-engine market.

These media conglomerates and allies in Big Tech worked hand-in-hand through the “Trusted News Initiative” to silence Ty and Charlene Bollinger’s efforts to educate Americans on the dangers of not only the COVID-19 vaccines, but as well as also other harsh pharmaceutical treatments for life-threatening illnesses.

This illegal boycotting and censorship have deprived Americans of essential information about COVID-19, masks, lockdowns, vaccines, and alternative early treatments that could have saved countless lives.

The Bollingers were simultaneously labeled among the “disinformation dozen” by the Biden administration and maligned by the mainstream media due to questioning the COVID-19 vaccines, which ultimately led to them being removed from most major internet platforms.


They have spent decades educating Americans about alternative medical treatments, including a NYT bestselling book called “The Truth About Cancer”, which has sold over 250,000 copies, along with millions of people viewing their content on major social media platforms before being banned.

By their own admission, members of the Trusted News Initiative agreed to work together, and have in fact worked together, to exclude from the world’s dominant Internet platforms rival news publishers who engage in reporting that challenges and competes with TNI members’ reporting on certain issues relating to COVID-19 and U.S. politics.

For example, TNI members deemed the following to be “misinformation” that could not be published on the world’s dominant Internet platforms:

All these claims were and are either true or, at a minimum, well within the ambit of legitimate reporting.

The TNI did not only prevent Internet users from making these claims; it shut down online news publishers who simply reported that such claims were being made by potentially credible sources, such as scientists and physicians.

According to Charlene Bollinger:

This lawsuit is about preserving our free speech rights as Americans and holding those involved in violating antitrust laws accountable like the TNI. My husband and I remain steadfast in our commitment to highlighting the well documented risks of taking the COVID-19 vaccine and the myriad of dangers facing those who are not made aware by their healthcare providers of the dangers of harsh pharmaceutical treatments for life threatening illness.“

“Freedom to publish means freedom for all, and not for some. Freedom to publish is guaranteed by the Constitution, but freedom to combine to keep others from publishing is not. Freedom of the press from governmental interference under the First Amendment does not sanction repression of that freedom by private interests.”