You are here: Home / Nutrition / Food & Drink / Finding the Healthiest Foods For Your Anti-Cancer Diet 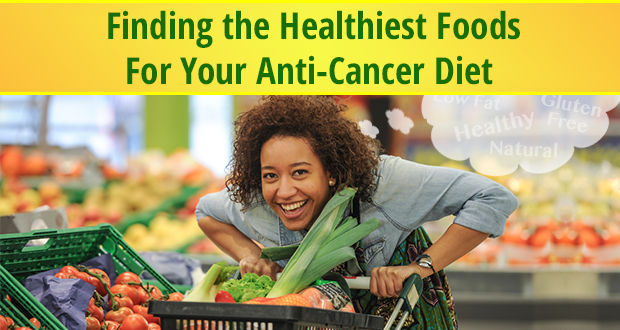 In the real world, people are busy. Not just “go to work” busy. We are busy in every single area of our lives… work, play, and life in general.

We try to be efficient with our time and plan as best we can. In the interest of cutting corners, it’s so easy to reach for convenient foods. Whether it means driving up to a window or heating up a frozen dinner at home, this can be a dangerous option. It definitely means you aren’t eating the best or healthiest foods possible for your anti-cancer lifestyle.

What Food Manufacturers Don’t Want You to Know

You probably already know some hard facts about food you buy at your local grocery stores and fast food joints. The majority of the population knows (even if they ignore) the dangers of soda, fake meats, and chemical-laden food that comes in a box.

Bad fats and hidden sugars are covered with pretty packaging and words like “low fat,” “gluten free,” “sugar free,” “natural,” and “healthy.” Some food labels list so many chemicals to simulate real food that you’d have to have a PhD in chemistry to understand exactly what you’re eating.

These dangerous foods masquerading as “healthy” foods are the curse of the fast-paced life. You think you’re doing the right thing for your family, that you’re choosing options that might not be as good as “homemade”, but maybe aren’t too bad.

Anything that is packaged, boxed, canned, jarred, or has a label with more than one ingredient (especially any that you can’t readily pronounce) listed has been processed. That means something about that food has been added, taken away, or refined to make it edible, shelf stable, and marketable.

Manufacturers don’t care about your diet or desire to eat the healthiest foods. They want your money and will use pretty pictures and fancy words to get what they want. It works every day, with thousands of foods, and their marketing campaigns result in astronomical profits.

Fresh food has its own set of obstacles.

In your local market, 90% or more of the fresh produce has been treated in some way. Oranges are dipped in food coloring to make them bright and consistently orange. Apples are waxed and polished like brand new cars to make them universally appealing.

Unless it’s been labeled “organic” or “non-GMO,” it’s been processed just like packaged foods. Perhaps not to the same extent, but in ways you don’t want or need to be consuming. These are not the healthiest foods you can select.

Commercial agriculture is a multi-billion dollar industry. Big corporations and pesticide industries have figured out many ways to corner the market and we’ve allowed them to do it. Sadly, the fallout will affect many generations beyond our lifetimes.

Seeds modified in a lab are planted into soil that’s been chemically enhanced and will continued to be treated as the seeds absorb artificial nutrients during development. Plants grow under a shower of pesticides, fungicides, and herbicides to abate the weeds that refuse to die even in the presence of such adversity. Food is rinsed in water containing bleach and bathed in wax to kill (some) bacteria and make it look pretty for consumers.

By the time it makes it to your kitchen, these foods have spent days and weeks in trains, trucks, and on boats either ripening or being tricked into not ripening by artificial means.

Many of the items that should be the healthiest foods (and that all of us are trying to eat more of in our diet) may instead be speeding along the alarming rise in cancer and other deadly illnesses worldwide. 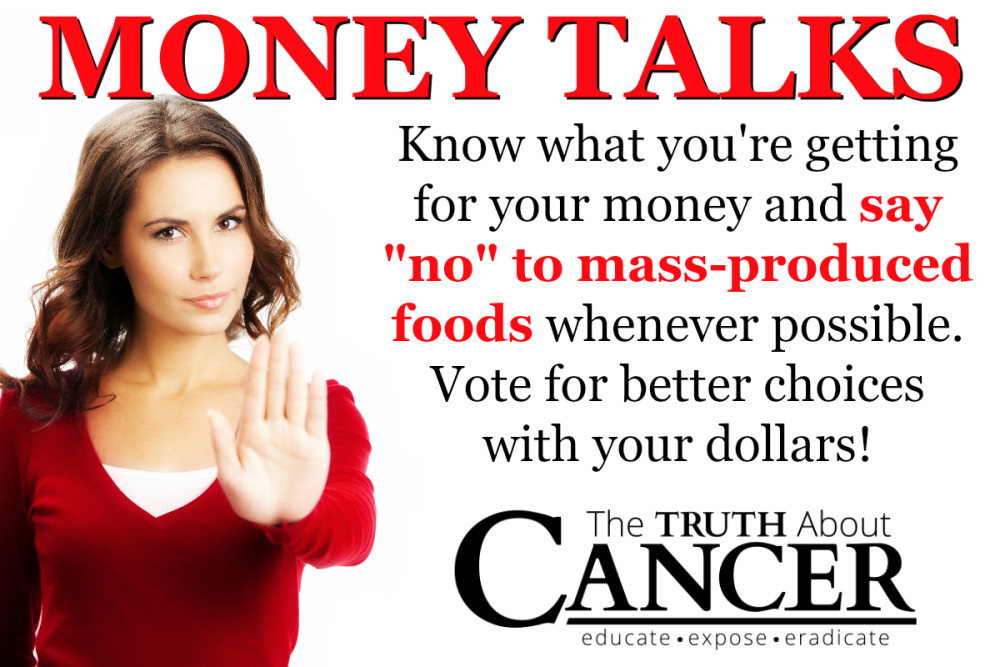 Is Fresh Meat a Healthy Food?

Perhaps fresh meat is safe? Don’t be so sure.

Local butcher shops are rapidly becoming a thing of the past and even most grocery stores have done away with actual butchers. The majority of meat sold in chain supermarkets is cut in a factory, sprayed to prevent discoloring, injected with salt and preservatives, pre-packaged to look appealing on the shelves, and frozen.

It’s shipped to your neighborhood store, slapped on the shelf, and you think it’s “fresh” when it’s been in transit longer than you’d be comfortable knowing.

Commercially raised cattle (unless you buy more expensive, specially-raised meat that is organic and grass-fed) eat genetically modified grain feed enhanced with growth hormones, grown in pesticide filled soil. This feed is formulated to force the animals to grow to abnormal sizes to feed our appetites. The animals are also injected throughout their lifetimes with antibiotics, growth hormones, and other nasty compounds that infuse the meat you ultimately consume.

Another shocking food fact is that some meat is irradiated (exposed to ionized radiation) before it hits shelves.

Even the United States Department of Agriculture (USDA) – the people in charge of the safety of our food supply – funded an educational video designed to “influence public acceptance of food technologies.” If the government funds a project to influence the public, you can rest assured that you should be concerned.

Irradiated food is dangerous. This practice originated in a plan to find a use for spent fuel from the nation’s nuclear reactors. It wasn’t about making your food safer, it was about finding a new use for nuclear waste!

If what the food companies want to sell you is good, why does it need to be irradiated? What are they trying to kill? What do they know that we don’t?

The Bacteria, Funguses, and Viruses that Survive Food Treatments

It is not secret that many foods – despite the chemical treatments, the antibiotics, and irradiation – are still susceptible to dangerous organisms that can cause sickness and even death.

If they can survive all of these methods (that are already dangerous to human beings), how strong are these bacteria? As our chemicals become stronger, so do the bugs. If we can’t kill them on our food, they end up in our bodies. They are clearly stronger than even our most extreme methods of killing them. Once they take root in your body… how will medicines do any good?

Pharmaceutical companies invest in more research for better drugs to counteract the pesticides that build up in your system. They try to produce new treatments for illnesses that rage out of control faster than drugs are produced.

Consider the food facts about what you usually eat and commit to consume cleaner options. It will build your own immune system and help you to fight stronger and stronger bacteria. It takes work to protect yourself from something as basic as the foods you eat. You and your family deserve the healthiest foods possible that won’t result in bio-accumulative toxins at the cellular level.

Organic products are always the best option when they’re available and affordable. Look for and request your stores to carry better, safer products and buy them.

Explore your local farmer’s market. Get to know the people who grow your food and raise your meat. Ideally, the only hands that touch your food should be the farmer’s and yours. Be aware of what you purchase and say “no” to mass manufactured foods whenever possible.

Money Talks When it Comes to Food Choices

Invest your hard-earned money in your local food scene. The expense and effort to find safer food options is far less expensive than the cost to your health later on.

Know the facts about the healthiest foods for your anti-cancer diet. Saving time isn’t the only thing to consider when it can take years off your life.