You are here: Home / Cancer Treatments / Why There Can Never be a Cure for Cancer (video) 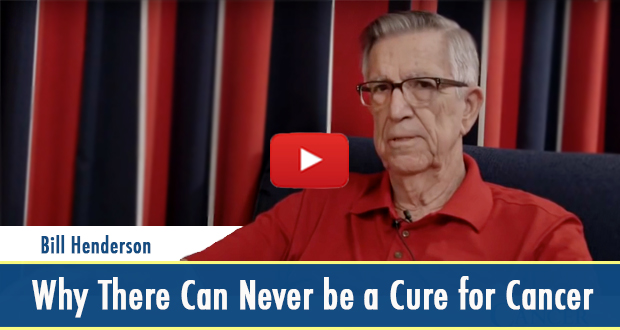 Video Transcript: Why There Can Never be a Cure for Cancer

Ty Bollinger: What was the name of your first book?

Bill Henderson: The name, the first book was called Cure Your Cancer. I discovered somewhat later that that is really not a very good concept, simply because you cannot cure cancer, there is no way. We will talk about that later if you like, but the cancer cure is never going to happen. Cancer is us. Everyday we have cancer cells in our bodies, all of us that have no cancer diagnosis.

Ty Bollinger: So, “control the cancer” is a better term.

Bill Henderson: Absolutely, yeah. It is much better.

Ty Bollinger: Because, you mentioned just now that we all produce cancer cells every day.

Bill Henderson: Every single day, probably hundreds of thousands. Nobody know the count, millions it could be. But, think about it. We have 75 trillion cells in our body, and about 300 billion of those divide every single day. The cancer cells are a very, very small portion of that, and if it is like 3/10,000 of 1 percent of cancer cells, of those dividing cells, that is a million cells every day.

Well, it could easily be that many, and the body takes care of these. The immune system with 130 different types of immune cells and about 14 trillion of them approximately is about 20 percent of our cells. It is taking care of these things that are non-self cells. Cancer cells basically get controlled by the immune system until it cannot do it anymore, and then we get a cancer diagnosis. Because the cells have exceeded our immune system’s ability to handle them and they form something, usually a tumor.

Ninety percent of the time, it is some kind of swelling in an organ somewhere. The other ten percent, it is not a tumor, it is melanoma on the skin or it is lymphoma, leukemia. It is all the same thing in my experience, and I think you agree, cancer is cancer. It is all the same thing. It is an imbalance in our bodies where the immune system has been overwhelmed temporarily. We can restore that almost entirely with almost any kind of cancer. But, we have to be aware of what this is in order to deal with it.

Unfortunately, the medical system does not teach us that. It teaches us that this is some kind of enemy that has invaded our body. It is the medical model of cancer the doctors are trained in, as you know. It is simply that this enemy has to be attacked with all of the armament at their disposal. Poison it with chemotherapy, burn it with radiation, cut it out of your body and dispose of parts of your body to get rid of this enemy. Well, that is completely ridiculous. The entire medical treatment system of cancer is based on that model of what cancer is.

What is it? Well, I will tell you what I believe, and see if you agree. I think cancer is simply a symptom of an imbalance. It is sort of like diabetes, fibromyalgia, arthritis. It is a chronic, degenerative condition in our body caused by an imbalance.

That imbalance, once you understand that that is what it is, you realize that this is not random, something randomly that happened to you. It has happened for a reason. Something has gone wrong in your body that has caused this cancer tumor to appear, or in whatever other form. Once you correct that reason, the cause of the imbalance, it goes away. The body is very capable of shrinking cancer tumors. 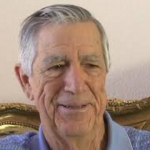