You are here: Home / Cancer Treatments / Can Holistic Nursing Lead the Way to Better Cancer Care? 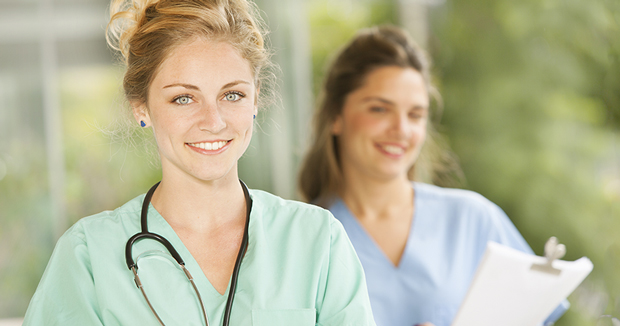 May is National Oncology Nursing Month, a time to acknowledge what is probably one of the most difficult jobs in traditional medicine. In conventional hospitals, oncology nurses work in high-stress environments with the sickest patients. More and more, however, dedicated professionals are continuing their education to become trained in a plethora of alternative modalities and as holistic nurses.

Could these forward-looking holistic nursing professionals be the ones who will bridge the gap between allopathic doctors and cancer patients who yearn for something more?

The Nursing Profession Has Always Been About Care

Since the beginning of the nursing profession in the United States, nurses have been about nurturing and caring for people. The term “nurse” comes from the descriptor “wet nurse.” This was in reference to those women who made themselves available to young ones whose mothers had died or to mothers who were too sick to nurse their babies.

As the profession expanded and became legitimized within the western medicine model, nurses served in the trenches. Nurses were present in ad-hoc hospitals during the Civil War and in make-shift wartime triage units throughout modern history.

It was also nurses who led the way in the introduction of energy healing into mainstream institutions. Healing Touch, a non-invasive treatment designed to restore and balance energy, was one of the first alternative healing modalities to be introduced into conventional medical facilities.

Specially-trained nurses at Scripps Medical Center in La Jolla, California, for example, began using Healing Touch in the early 1990s. It is still used there and elsewhere (including many VA hospitals) as an adjunct to surgery and other medical procedures to assist in pain reduction, relaxation, and physical healing. Other modalities such as Therapeutic Touch and Reiki soon followed. In 2006, it was estimated that there are over 80 colleges and universities across the world where alternative modalities such as Therapeutic Touch are taught.

Continuing Nursing Education is the Key to Mainstream Change

In no other way is the allopathic medical model more evidenced that in the “cut, burn, and poison” oncology departments in hospitals across the country. Will conventional medicine and its institutions ever be able to adopt a more comprehensive and holistic approach to treatment ? If there is hope for this happening, nurses will more than likely be the catalyst.

And according to many in the know, they already are. The Oncology Nurses Society (ONS) has stated that President Obama’s emphasis on “educational opportunities for higher education and graduate degrees” (from his January 2015 State of the Union address) puts oncology nurses “at the forefront.”

For a growing number of nurses, this forefront means responding to their patients’ call for more integrative medicine modalities as a replacement for, or as an adjunct to traditional chemo, radiation, and surgery.

It is estimated that close to one-third of all Americans use some form of alternative medicine. In every state, nurses are required to continue their professional education through the taking of Continuing Education Unit (CEU)-qualified classes. Many nurses respond to their patients’ growing interest in alternative medicine through accredited training in an ever-increasing array of non-traditional healing modalities. They then bring back to their patients in the form of real treatment and care. 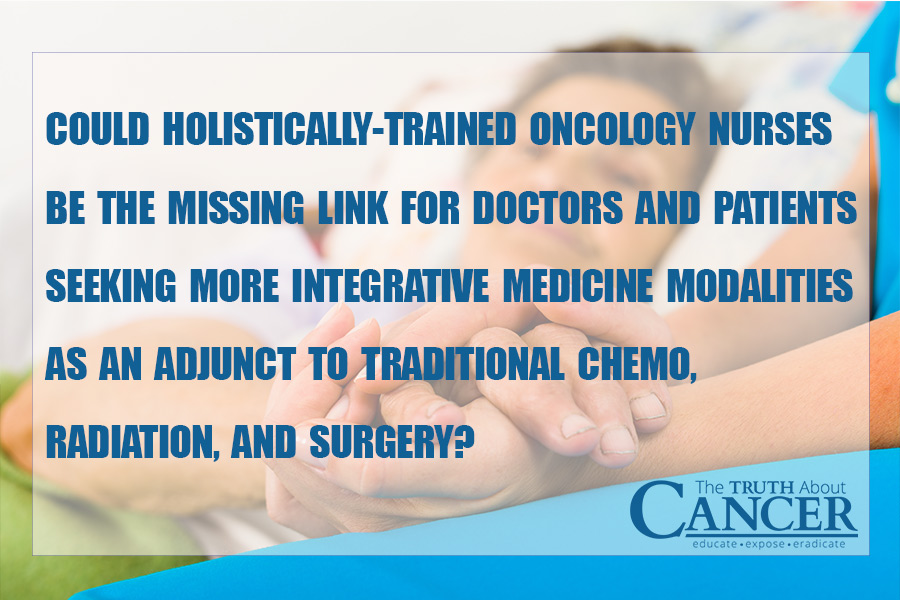 Corrine Malanca is co-founder of United Patients Group, a leading cannabis information and education site based in San Francisco.

“Being squarely immersed in the alternative treatment world, one population we interact with regularly are cancer patients and their caregivers,” says Malanca. “We’re seeing a groundswell of interest from the nursing community to push beyond traditional modalities of care, and find them to be incredibly open-minded, curious, and willing to explore emerging treatment options.”

The interest in classes on medical cannabis and the endocannabinoid system has been so great that the group recently launched their own professional-level training program. Of particular interest to this group is the use of medical cannabis for the side effects associated with chemo, radiation, and surgery.

“As is the case with many types of integrative therapies, access to education in these areas can be scant,” Malanca continues. “It’s been inspiring to see how determined the nursing community is to access quality, science-based training in this emerging sector of healthcare.”

Interest in Holistic Nursing is Increasing Every Year

“When it came time for me to choose a specialty in nursing, I considered oncology,” says De’Ann Richter, RN, who was traditionally trained at Gordon University near Atlanta and worked for a while in trauma/surgery. At first, oncology nursing seemed to her like the “big leagues” since these nurses were caring for the sickest of patients.

“But when I did my rotation in Oncology, I left feeling depressed and useless,” Richter admits. “I felt like these patients were sick, not because of the cancer, but because of the treatment for their dis-ease…The nurses were, of course, caring for their patients and doing what they thought was best for them, but it felt like the most hopeless ward of the hospital and I was looking for something that felt more rewarding.”

She eventually went on to become a 7 Essentials Certified Coach,™ personally trained by me (Dr. V) , founder of Breast Cancer Conqueror.com.

“Cancer healing is about the whole person, not the cancer,” says Richter. “It is about equipping the body with the resources that it needs to fight and to heal. These patients (in the 7 Essentials Coaching Program™) are happy, full of hope, and for the most part, feel better and healthier than they ever have before during their healing journey. This is in stark contrast to patients who feel zapped of energy and health during aggressive, toxic traditional treatments.”

According to the American Holistic Nurses’ Association, holistic nursing is defined as “a nursing practice that has healing the whole person as its goal.” De’Ann is not alone in her desire to use her skill and talent as a nurse to inspire wellness, hope, and healing instead of desperation. Florence Nightingale was considered to be one of the first holistic nurses. The “field” of holistic nursing as a specialty has been around for over two decades. In the early years alone, there were close to four dozen scholarly reports published that addressed specific holistic nursing practices.

“In my experience, the nursing profession is the traditional field’s channel into alternative medicine,” says Richter. “Nurses are focused on a patient’s whole wellbeing, not necessarily just fixing the problem. Nurses practice alternative treatment every day in their interactions and caring for their patients.”

Nurses really do lead the way when it comes responding to patients’ growing desire for natural and healing modalities that work with the body, not against it. This is why I truly appreciate all those holistic nurses who are brave enough to think out of the box in the name of true patient care.