You are here: Home / Cancer Causes / Is the Immune System Key in Minimizing Age-Related Cancer Risks? 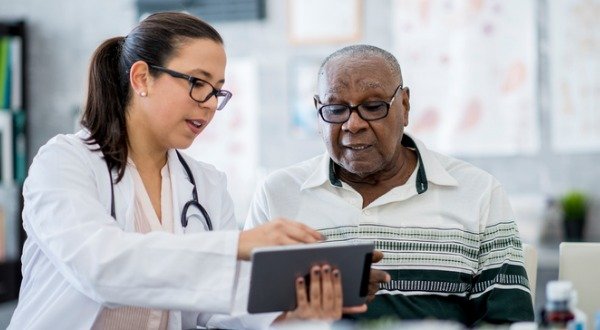 A new study on the immune system has found that natural aging could be the cause of cancer risks due to genetic mutations.

Recently the University of Dundee in the U.K., teamed up with the Curie Institute in France, and the Heriot-Watt University and the University of Edinburgh in Scotland, to identify precisely why aging enables these mutations to thrive, and what these genetic mutations mean to your immune system.

The research was published in the Feb 2018 edition of Proceedings of the National Academy of Sciences and focuses on the thymus gland, and its role in the production of T-cells in our bodies.

The thymus gland is located in your throat and is responsible for producing T-cells in your body. T-cells are white blood cells designed to focus on protecting the immune system specifically.

Scientists know that the thymus gland shrinks in half every 16 years. This shrinking will lead to your body producing fewer T-cells. The production of T-cells are vital to the immune system, so if their production slows down as you age, then scientists believe cancer will have an easier time making itself at home.

While your thymus gland starts to shrink, science also indicates that your genes become more susceptible to having mutations occur as you age. These mutations may cause cancer cells to grow more rapidly and spread throughout the body.

You can imagine your T-cells at war with cancer, so if your thymus gland produces fewer T-cells as you age, the amount of the troops you can enlist will decline. As your cells mutate at a higher rate as you age, you’ll have a harder time fighting off disease because fewer T-cells are circulating in your bloodstream.

Study leader Dr. Sam Palmer describes how vital T-cells and the immune system are in against fighting cancer cells by stating:

If they can’t find them soon enough or the immune system is weak, then the cancer population has the chance to grow. The chances of this happening will increase with age as the thymus is shrinking all the time.

Age-related cancer risks are higher in men than women; scientists also observed that men’s thymus glands decrease in size at a higher rate, so this further aids the study’s belief that the thymus gland’s production of T-cells could be the link between some cases of age-related cancer.

While this study is relatively new, researchers are hoping it could help pave the way towards a new preventative cancer treatment focusing on the strength and production of T-cells from the thymus gland as we age. In the meantime, strengthen your immune system naturally with these immune boosting and cancer-fighting foods.

←
Previous
Cancer Survivor Story: Ed (Prostate Cancer)
→
Next
What Animals Can Teach Us About the Laws of Nature (video)