You are here: Home / Cancer Prevention / Is Your Gut Helping You Prevent Breast Cancer? 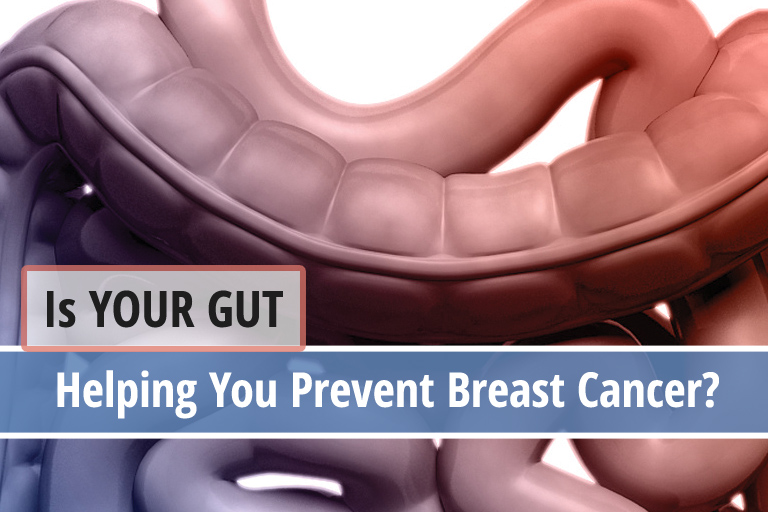 Your gut, which houses your digestive system, contains over a billion nerve endings. It has more surface area than your external skin. It is the place where the majority of the absorption of nutrients and water takes place and it interacts with nearly 20 hormones in your body. It also contains 70% to 80% of your body’s immune cells. When it comes to Breast Cancer prevention and overall health, a Healthy Gut = a Healthy Body = Less Dis-ease, including cancer.

Your gut is the home of all kinds of bacteria, both good and bad. Probiotics are “good” or “helpful” bacteria; “probiotic” literally means “for life.”  They protect your digestive system from unhealthy, opportunist bacteria, viruses and parasites.

To learn how your digestive health is connected to cancer prevention and overall health, let’s start with a visual of when things are NOT working well. We have all experienced the not-so-pleasant effects of a toilet backing up because of a paper clog or too much “you know what” in the bowl. Your colon is no different. It is like a sewer system and is designed to expel the waste matter from food and other metabolic processes.

If you do not have healthy intestinal flora full of happy probiotics, your “sewer system” will literally back up into your body. What should be coming out gets re-absorbed and eventually will push through the intestinal wall and re-circulate into your blood stream.

This plugging up of the digestive system also leads to increased toxicity in the body. And as the body becomes increasingly toxic, proper oxidation cannot take place on a cellular level. Without proper oxygen, the cells become stressed and your Immune System becomes compromised.

Research on Probiotics, Cancer and the Immune System

In the early 1900s, Russian scientist Ilya Metchnikoff suggested that disease and the aging process came as a result of “auto-intoxication” due to unhealthy bacteria that produced phenols, indols, and ammonia in the gut. Improving intestinal flora with fermented foods that contained “lactic acid” bacteria seemed to have many health benefits; including improving the immune system. 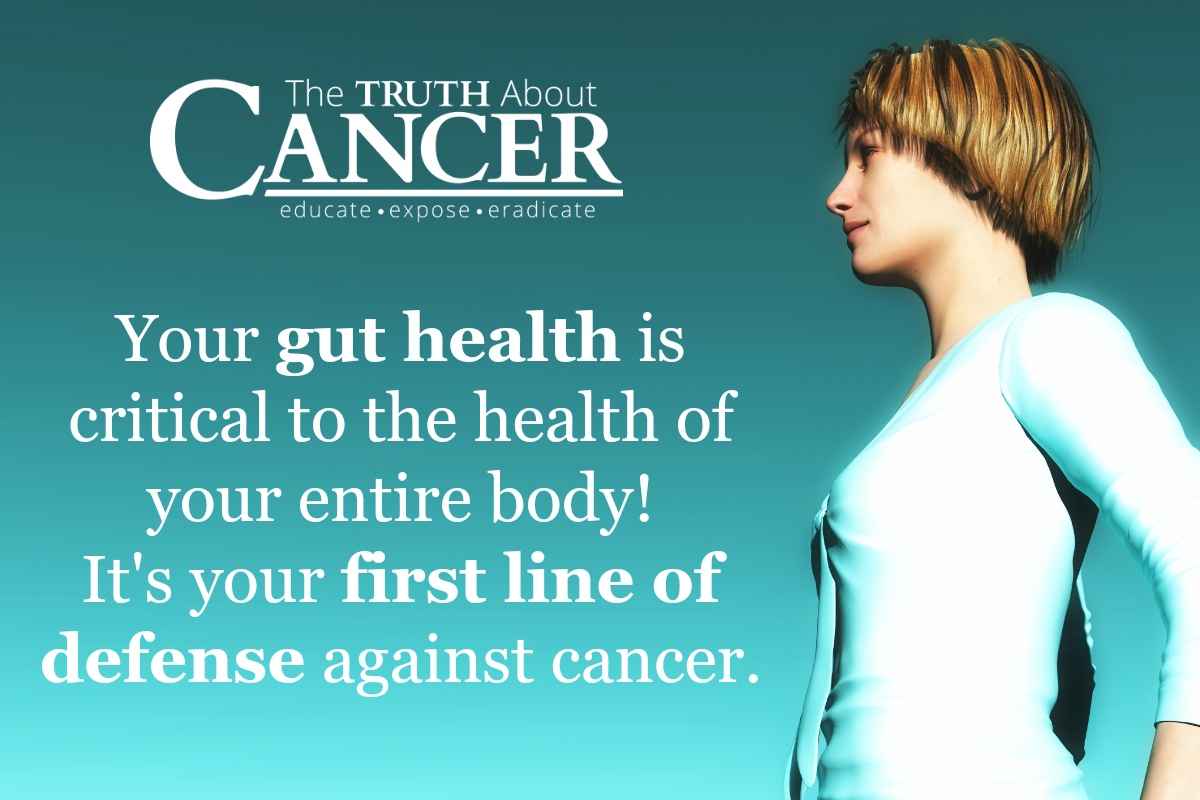 Metchnikoff had also observed that certain rural populations in Europe, such as Bulgaria and the Russian Steppes, who lived largely on milk fermented by lactic-acid bacteria were exceptionally long lived. Based on these facts, Metchnikoff proposed that consumption of fermented milk would “seed” the intestine with harmless lactic-acid bacteria, decrease the intestinal pH, and suppress the growth of proteolytic bacteria. Almost a century later, modern science finally caught up. In 1989, the Journal of Applied Bacteriology stated: “There is good evidence [to support] that the complex microbial flora present in the gastrointestinal tract of all warm-blooded animals is effective in providing resistance to disease.”

And just recently, a University of Michigan study indirectly linked healthy levels of probiotics and a healthy digestive tract to Immune System function in mice.  Researchers in the study gave the mice lethal doses of chemotherapy drugs and at the same time gave them a substance called “Rspo1” or “R-spondon1.” 50-75% of the mice given Rspo1 survived the lethal dose. Why?

Rpos1 produces stem cells that act like “‘super tissue regeneration machines.” These stem cells were able to rebuild damaged tissue faster than the chemo could destroy them.” The study used an injection of Rspo1 to activate stem cell production in the endothelial cells of the intestinal lining of the mice.

Our bodies, however, (and the bodies of the mice) already possess the blueprint to produce this powerful substance if our intestinal flora is healthy. More than anything else, the presence of healthy, probiotic bacteria is what determines healthy gene expression in the epithelial cells of your intestinal lining.

Although the University of Michigan study is questionable from a moral standpoint, since its aim was to prove that patients may some day be able to survive larger doses of chemo and radiation, an indirect consequence of the findings could be scientific proof of your own digestive tract’s ability to kick-start super-immunity naturally if given the ability to do so through the presence of healthy, probiotic bacteria.

Let Food Be Your Medicine

Essential #1 of The 7 Essentials™ System for healing the body naturally is to“Let Food Be Your Medicine.” This statement has never truer than with Probiotics. For thousands of years, fermented foods, the natural and nutritionally-based way to insure plenty of probiotic growth in your gut, have been a part of many cultures. Besides the Russian and Bulgarian peasants of Metchnikoff’s day that inspired him in his research, the Mediterranean and Middle Eastern cultures have credited their relatively low rates of chronic degenerative diseases to the daily use of fermented milk and vegetable products. The Asian culture also includes high-probiotic, fermented foods like miso and tempeh in their daily eating.

To sum up, Probiotics work on several levels:

Start today to incorporate Probiotics through fermented foods and/or supplementation into your daily regime. If you are proactive with prevention by incorporating Probiotics into your life, you may be on your way to prevent Breast Cancer naturally.

←
Previous
A Good Cancer-Fighting Foundation Will Ensure Victory Over Cancer
→
Next
Is Aspartame Dangerous? with Dr. Daniel Nuzum (video)