You are here: Home / Cancer Prevention / The Landmark Johns Hopkins Sulforaphane Cancer Study Your Doctor Isn’t Telling You About 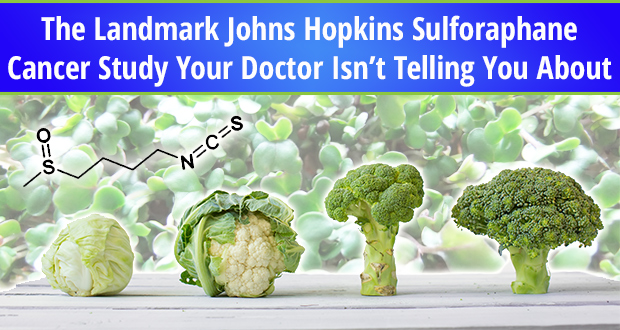 Truth be told, conventional medicine has made some strides (let’s call them baby steps) over the last 40 years when it comes to disease prevention. Mainstream medicine does continue to tout the “slash-and-burn” method as the be-all and end-all for treating cancer after the fact. Yet the concept of taking proactive steps to reduce the risk of cancer (like exercising and eating “healthier”) is now fairly commonplace.

What your conventional doctor is probably forgetting to mention, however, is that for years there has been a simple, natural, and yes, scientifically proven way to keep cancer at bay. It’s called sulforaphane. It can be found in cruciferous vegetables and especially in broccoli sprouts.

Dr. Talalay is the Founding Director of the Lewis B. and Dorothy Cullman Chemoprotection Center at the Johns Hopkins University School of Medicine. He is one of the top biomedical researchers in the world and a pioneer in the field of phytochemicals.

Talalay’s ground-breaking study, completed in 1991, was one of the first to focus on cancer prevention through diet. It was the very first to isolate sulforaphane in cruciferous vegetables as a cancer preventer. Sulforaphane works its magic by boosting Phase 2 enzymes in the body, whose job it is to neutralize the processes of disease.

Talalay and his team fed broccoli sprout extracts to female rats for five days. They then exposed them and a control group to a carcinogen. The rats that had received the extract developed fewer tumors. Those that did have tumors developed smaller ones that took longer to grow than the control group’s did.

Not surprisingly, the first publishing venue Talalay and his colleagues approached about their findings (Science magazine) rejected it. The study was eventually published a year later in the Proceedings of the National Academy of Sciences. Since then, there have been hundreds of published reports proving the healing effects of phytochemicals such as sulforaphane. 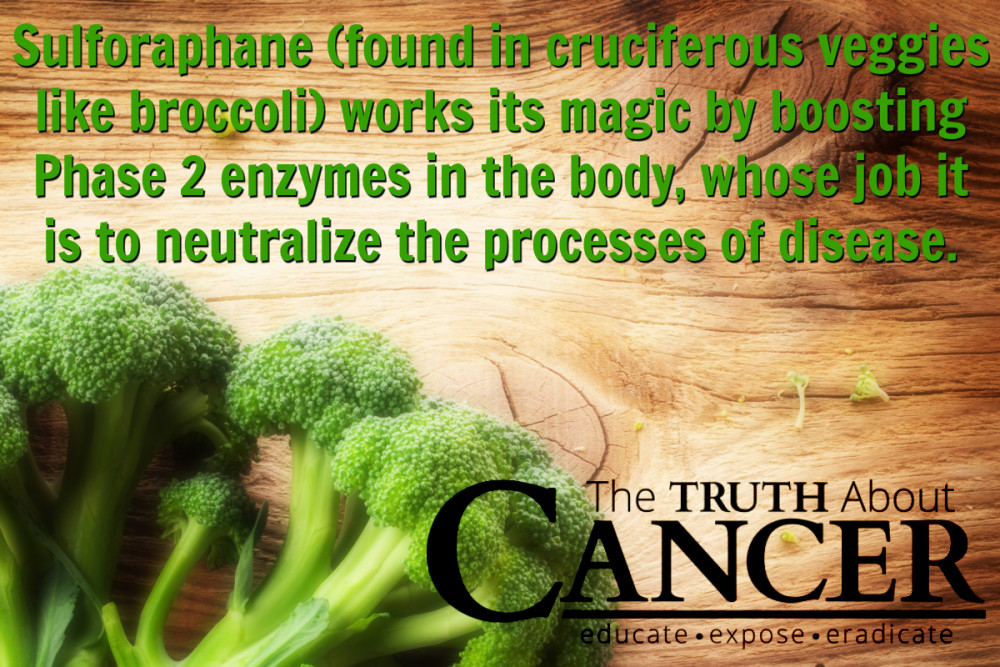 Still, conventional medicine continues to drag its feet when it comes to pursuing and funding cancer prevention research.

“There’s no romance in it,” says Michael Sporn, professor and cancer prevention researcher at Dartmouth Medical School. “There’s no one on death’s door whose life is saved through prevention. The American public is way ahead of medicine on this.”

As 10 million new cancer cases are discovered each year, including 230,000 cases of invasive breast cancer, it is long past the time when doctors and researchers have the luxury of tip-toeing around the issue of cancer prevention.

Remember, it is up to YOU to be proactive with prevention for your body’s overall health and vitality. A good place to start is by adding more sulforaphane-rich foods in your diet.

←
Previous
The Cancer-Fighting Benefits of Leafy Greens
→
Next
Did Sandra Lee’s Doctors “Lie” to Her About DCIS?