You are here: Home / Cancer Treatments / Did Sandra Lee’s Doctors “Lie” to Her About DCIS? 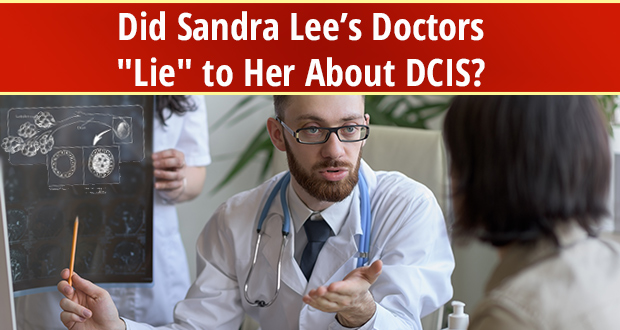 Here is a fact that doctors likely did not tell celebrity chef Sandra Lee upon her diagnosis of ductal carcinoma in situ (DCIS) and before she had a double mastectomy: A woman’s risk of dying from DCIS within five years of diagnosis is less than one percent.

But here’s the real shocker…

According to many experts within the halls of conventional allopathic medicine itself, DCIS shouldn’t even be classified as a form of breast cancer to begin with!

Instead of giving Sandra Lee these facts, her doctors put fear into her and told her she was a “ticking time bomb.”

If only she would have listened to Dr. Otis Brawley, chief medical officer of the American Cancer Society:

“The amazing thing is, today we have women who are getting bilateral mastectomies because of ductal carcinoma in situ. But the same women, if diagnosed with true breast cancer, would choose to get a lumpectomy and radiation—far less treatment for the real cancer….Ductal carcinoma in situ is such a frightening word, and it causes so much emotion on the part of doctors and patients. Some experts have said maybe we should take that frightening word carcinoma out of the phrase [DCIS] and instead call it an indolent lesion of undetermined origin.”

Or what Dr. Anne Partridge, MD, MPH, of the Dana-Farber Cancer Institute has to say:

“There’s hysteria around breast cancer. The extremism that sometimes comes into play in DCIS treatment decision making is a ‘cultural problem.’ This is not a life-threatening problem.”

To reiterate, DCIS is a considered a “NON-cancer.”

Ductal cell carcinoma in situ (DCIS) is a condition of abnormal and non-cancerous cells contained within the breast’s milk ducts that have not spread to tissues nearby. It is categorized as a “pre-cancerous” condition by conventional medicine. Despite this fact, Sandra Lee’s doctors still recommended a double mastectomy, which she had.

My heart sincerely goes out to Sandra Lee, who tearily broke the news of “a call from doctor” for the first time on ABC’s Good Morning America in May of 2015. It is understandable why so many women are downright confused by what exactly a DCIS diagnosis means. Many more are puzzled by the fact that they are being treated by their doctor as if they have breast cancer.

The same establishment that questions the validity of DCIS as cancer also puts women’s lives at risk by the cookie-cutter cancer “treatments” that they promote and often push on to women. 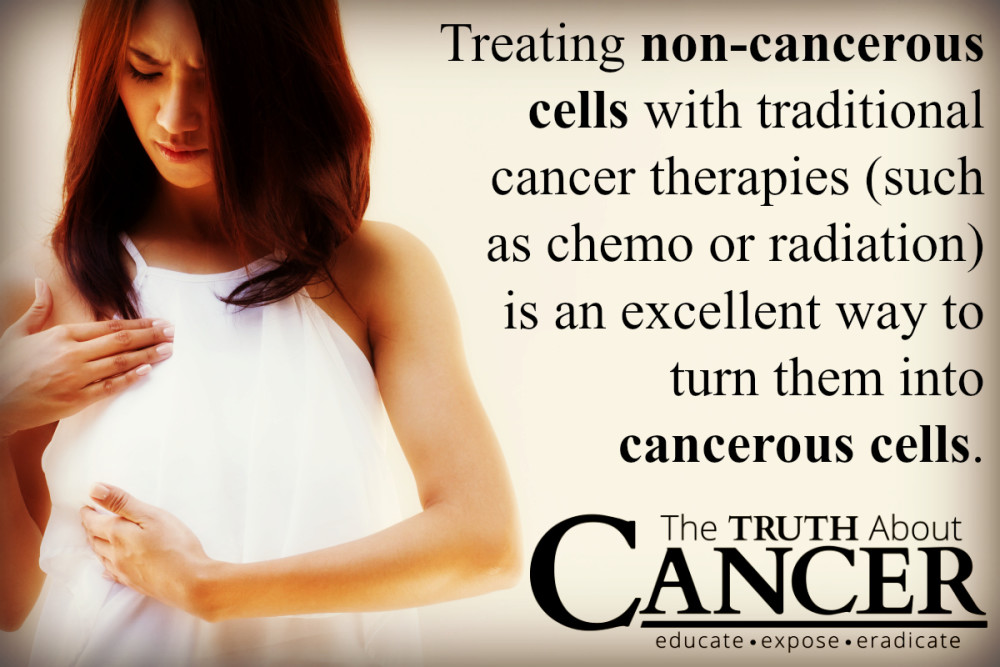 Treatments for DCIS Can Cause Invasive Cancer

DCIS is not invasive cancer. It sits “in situ” inside the wall of the breast’s milk ducts. And therein lies a big problem for many women with what happens after diagnosis. The normal recommended protocol for women with DCIS continues to be the same treatments that exist for invasive breast cancer patients. This includes: mastectomy, radiation, lumpectomy, and rounds of toxic drugs. For DCIS patients, the chemical of choice is the hormone therapy drug Tamoxifen.

These very protocols often lead to full-blown invasive cancer in woman with DCIS. To explain this, let’s dive into the three main treatments for DCIS by conventional doctors:

Mammograms increase the incidence of breast cancer as well as conditions such as DCIS in two significant ways. First, mammograms emit low-dose radiation into the breast area. Exposure to low level radiation by medical equipment is the second largest cause of radiation-induced cancer in the United States in general.

Dr. Johnnie Ham of Prestige Medical Center in Pismo Beach, California, puts the hypocrisy as well as the dangers of mammogram into perspective:

“At medical school one of the first things we’re taught when it comes to finding a tumor is, don’t touch it…yet with a mammogram you take that breast and.., smash!! Now [with mammography], we’re looking [to see] if something is there ─ and if something is there, there’s the chance of smashing that tumour and spreading it to the vasculature and lymphatic system.”

What Can You Do if You Have DCIS?

If you have been diagnosed with DCIS, don’t be fooled like Sandra Lee was into invasive and harmful procedures that may actually cause breast cancer. Instead, do your research, listen to what your body has to say, and seek the advice of a doctor or natural health practitioner that can give you ALL the facts as well as all of the options for preventative and proactive care.

Unlike the medical professionals that counselled Sandra Lee, there are many conventional doctors who take a conservative, wait-and-see approach to DCIS. There are also non-invasive ways to monitor your breast health. Procedures such as thermography can detect inflammation in the breast tissue. The Oncoblot Test can detect cancerous cells long before mammography can, sometimes when tumors are no larger than the size of a pinhead.

Support your body overall with specific herbs, supplements, and fresh, organic foods. Live a healthy breast lifestyle (which is also a healthy body lifestyle) and monitor your breast health regularly in non-invasive ways. Remember: you are NOT a ticking time bomb if you have DCIS. In fact, time is on your side when it comes to healing from DCIS and creating a healthy breast protocol that is right for you.