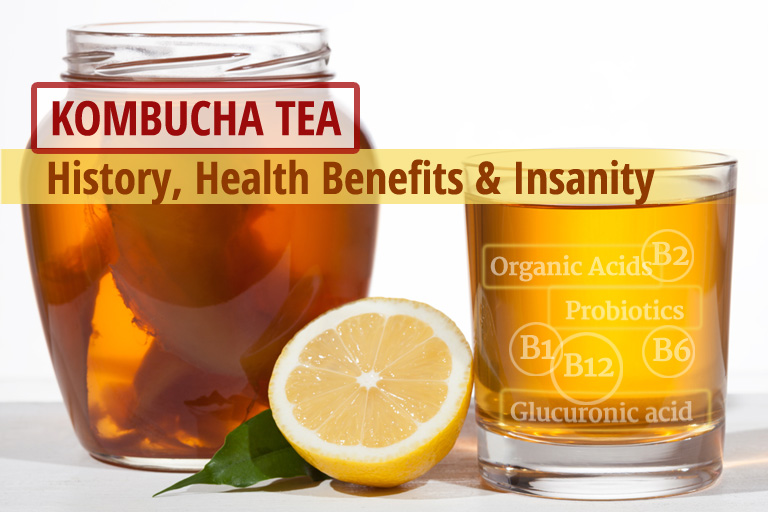 Kombucha is a unique, fermented tea that has been used for millennia to lower blood pressure, improve digestion, and boost the immune system. It is alkaline-forming, simple to brew, and extremely inexpensive.

Kombucha is a simply combination of tea, sugar, water, and starter culture which has been used for thousands of years dating back to the Tsin-Dynasty in 221 B.C. – a Chinese Empire –  where they called it “the remedy for immortality.” It was later brought to Japan by Dr. Kombu to treat the Japanese emperor, Inkyo, for digestive problems.

Numerous scientific studies have shown that kombucha tea helps populate the intestines with probiotics (beneficial bacteria), enhances the immune system, fights off deadly pathogens and protects vital organs.  A 2011 study published in the journal “Pathophysiology” found that kombucha protects liver cells, while another study from the June 2012 issue of Food Science and Technology asserts that kombucha “has prophylactic and therapeutic properties” including anti-microbial, anti-bacterial, and anti-fungal effects.

Like yogurt, kombucha contains healthy bacteria in the form of lactobacillus acidophilus and a dozen other probiotic strains. It also has a wide range of organic acids, enzymes, and vitamins (particularly B1, B2, B6 and B12) that provide the body with energy and help process fats and proteins vital for the nervous system.  Interestingly, when kombucha tea is made correctly, all the sugars are fully converted into organic acids during fermentation, enabling kombucha tea to be safe for diabetics and those with candida.

Furthermore, glucuronic acid (a product of the oxidation process of glucose) is one of the more noteworthy constituents of the kombucha culture.  As a detoxifying agent, it is one of the few substances that neutralizes and removes herbicides, pesticides, plastics and resins.  It literally “kidnaps” the phenols in the liver which are then easily eliminated by the kidneys.  Another byproduct of glucuronic acid is the glucosamines (structures associated with cartilage and collagen), thus kombucha has been effective in (due to collagen) at reducing arthritis symptoms (due to replenishing cartilage and joint fluid). 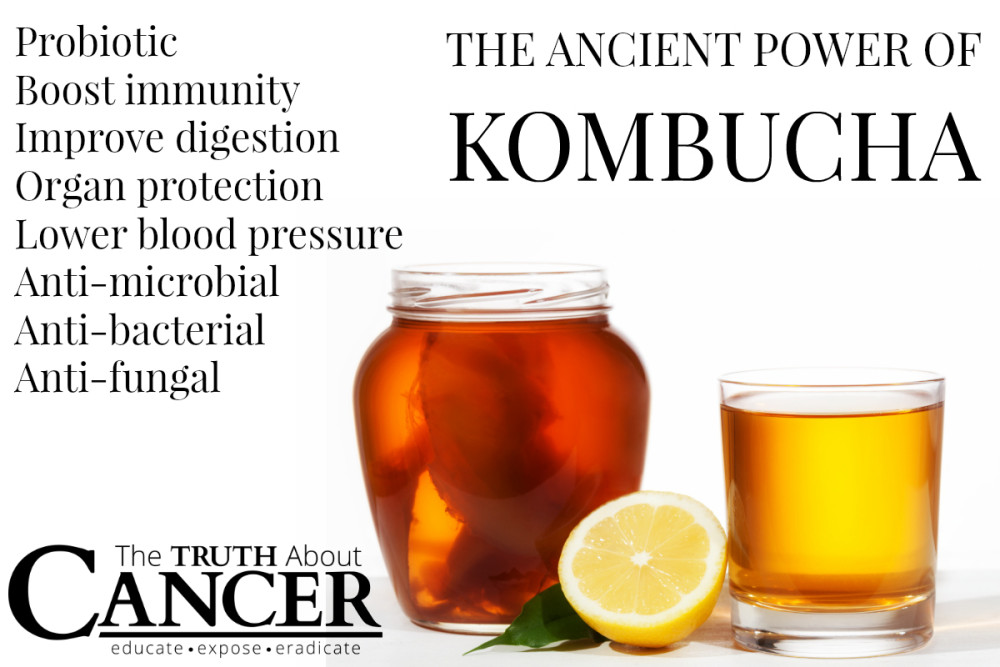 You may have heard the story of a Newport, California elementary school boy being suspended for taking a bottle of kombucha tea to school in 2012. Apparently, the “lunch brigade Nazis” were able to see through the genetically modified corn muffins and pink-slime chicken nuggets when they noticed the “dangerous” bottle of kombucha tea and reported the boy to the vice principal, who in turn called the police claiming that kombucha violated the “no-drugs-no-alcohol” policy allowed in school.

The boy was then interrogated for several hours by a police officer (without parental notification or legal representation) who ignorantly and incorrectly told the boy that kombucha was illegal and dangerous to mix with medicines or antibiotics. The boy ended up spending the entire day in the school office and then was suspended for 5 days for violating the school’s drug and alcohol policy. While kombucha does contain 0.5% ethanol alcohol, it is classified as non-alcoholic. Plus, the alcohol produced gets converted into acetic acid.

You may also remember the FDA calling for kombucha to be removed from store shelves claiming it contained alcohol. Of course they failed and kombucha is still available at many health food and grocery stores, and can be purchased by any one in the US!

What will they go after next? Yogurt? Sour Kraut? Apple cider vinegar?

What are your thoughts on all this?