You are here: Home / Cancer Prevention / Mammography vs. Thermography (video) 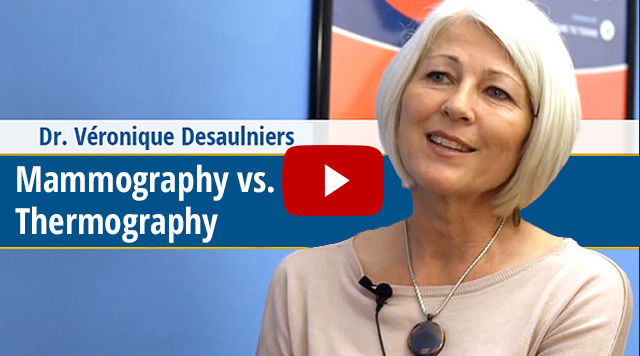 Ty Bollinger: You mentioned thermograms, thermography. Are those superior to mammograms, which is the typical way that we detect breast cancer?

Dr. Veronique Desaulniers: Well, let’s start with mammograms. Again, by the time they see a lump on a mammogram, it has taken five to eight years to develop. And if a woman follows the 10-year protocol of getting a mammogram every year or every six months, she is getting as much radiation as a woman had at Hiroshima; the atomic bomb, if she stood a mile away from the epicenter. She is getting over 5 rads of radiation in a mammogram if she follows the traditional methods of mammography.

So mammograms cause a lot of problems – the compression, the radiation. Studies have shown that they can increase your risk of cancer. And the new study that came out in Canada, it was a 25-year study where they found that mammograms did not decrease breast mortality rate at all. In fact, they were just as effective as a self breast exam that women do.

So if we put mammograms aside and we look at the technology with thermography, which has been around for years and can detect physiological changes at a very early stage, wouldn’t you rather know that there is possibly some changes going on in your breast or in your abdomen five to eight years before you have a diagnosis? And with thermography, there is no pain, there is no compression, there is no radiation. It is just a beautiful tool to have in your pocket.

Ty Bollinger: Wow. So it is not only less invasive but it works better, it detects earlier.

Ty Bollinger: So why does[n’t] every doctor that is trying to detect breast cancer switch from mammography to thermography? Why is there this hitch in the giddyup, as we say in Texas? 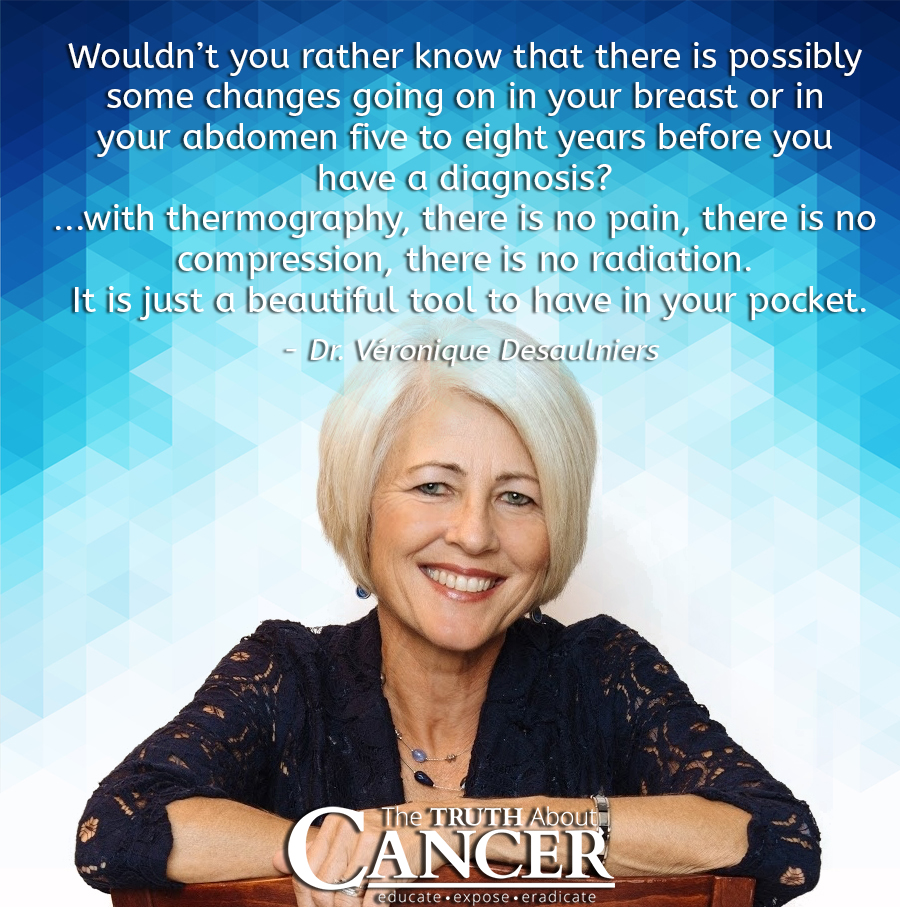 Dr. Veronique Desaulniers: Well, that brings us to the multibillion dollar cancer industry and mammograms are part of that. When you look at the breast cancer awareness month, I mean, they are not teaching women about true prevention but they are running women to having more mammograms. And to change that around is going to take some time and some persuasion and some education. Which in the 10 years that I have used thermography, I have seen a tremendous growth in that industry. And again, it is awareness and education.

Ty Bollinger: But at the heart of it, though, it sure appears to be financially driven.

Dr. Veronique Desaulniers: Absolutely, as the cancer industry is.

←
Previous
Why Chewing Food is Important for Good Digestion (video)
→
Next
Is There a Link Between Candida Albicans & Cancer?