You are here: Home / Nutrition / Citrus Secrets: How to Stop Cancer Cell Growth 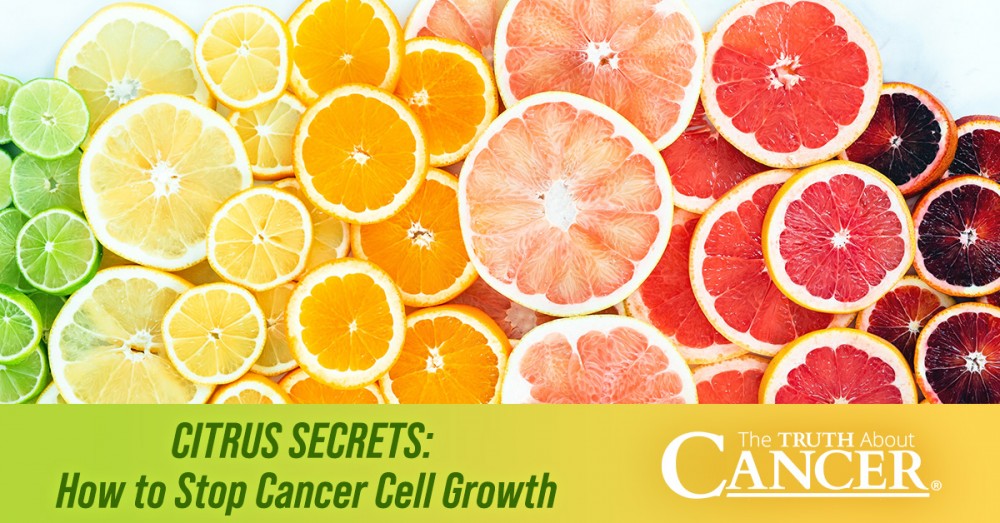 You may remember “pectin” as something that your mom or grandma used as a thickening agent for jams and jellies. Pectin can be used for more than just canning, however. In recent years, research has shown that Modified Citrus Pectin (MCP) is also a powerful cancer killer.

What is Modified Citrus Pectin?

“Pectin” is a carbohydrate substance that is found naturally in the inner cell wall of most plants. It is especially concentrated, however, in the peel and pulp of citrus fruits, including grapefruits, oranges, limes, and lemons.

Naturally occurring pectin is very hard for the human body to absorb. However, scientists have figured out a way to modify it into shorter soluble fibers which are easily broken down in the digestive system and absorbed by the blood stream. They “modify” it by changing its temperature and pH level.

Citrus pectin doesn’t contain much nutritional value, although it is a great source of fiber. Most importantly, however, is the unique way in which it halts the growth of new cancer cells and weakens already formed tumors. 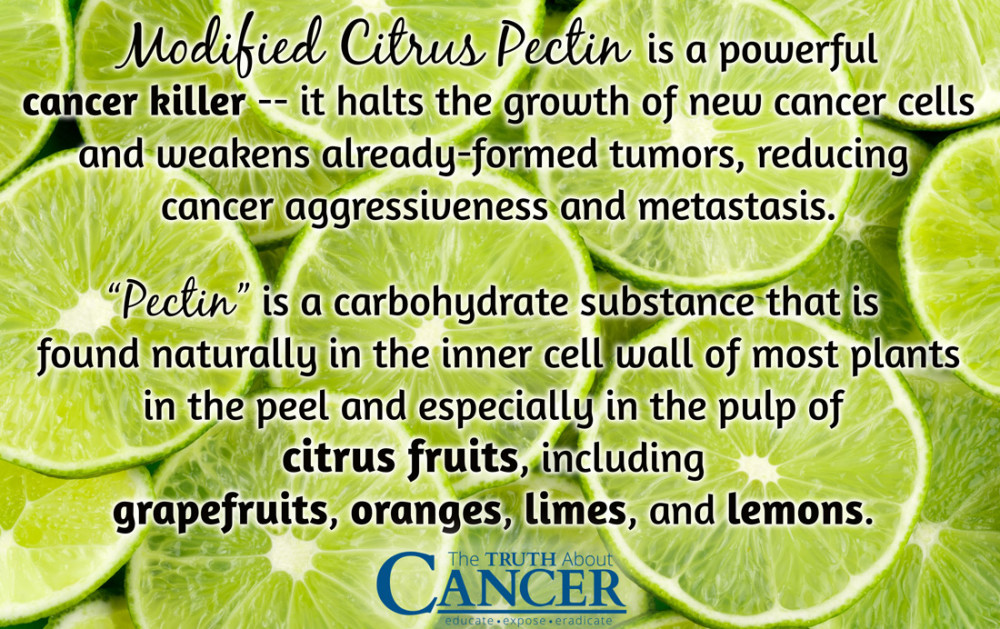 Modified Citrus Pectin works through its influence on specialized proteins called galectins. Researchers have long known that galectins, and in particular galectin-3, cause cells to clump together because of their sticky consistency. Over the last decade, however, studies have shown that these proteins, found especially in epithelial and immune cells, are also associated with cancer growth and metastasis.

This is where Modified Citrus Pectin comes into play. MCP can “stick” to galectin-3 when it is attached to a cancer cell. This makes the cell “slippery” and neutralizes the clumping effect of the galectin and its ability to strengthen tumor growth.

Allopathic cancer treatments often overlook the role that communication, or cancer cell signaling, plays in tumor metastasis. Modified Citrus Pectin, however, has shown in numerous studies to have the ability to interfere with cancer cell signaling while keeping healthy cell communication pathways intact. This causes the cells to continue to circulate in the bloodstream, never landing in one particular place and thus losing their ability to create more tumors. As they wander, they are also more vulnerable to attack by the immune system.

One study with prostate cancer patients found that after being treated for a full year with MCP, the patients experienced lowering of PSA concentrations by 70%.

Another way Modified Citrus Pectin fights cancer is in its ability to extract heavy metals from the body which are then passed on through the urine. Heavy metals such as lead and cadmium are immunosuppressants and can lead to genetic mutations and cancer. They can be found in the air, and in drinking water, cleaning products and dental materials. They are also found in some seafood and in sundry products like commercial antiperspirants.

Once a heavy metal “lodges” in a particular place in the body, it can be difficult to remove except through a chelating agent like MCP.

In trials conducted in 2006 by the Amitabha Medical Clinic and Healing Center in Northern California, researchers gave otherwise healthy individuals 15 grams of MCP (PectaSol brand) per day and 20 grams on Day 6. They tested urine samples at the end of Day 1 and then again on Day 6 to some surprising results…

In the first 24 hours, the urinary excretion of the toxic metal arsenic increased by 130%. Cadmium levels in the Day 6 urine samples rose by 150% compared to Day 1, and lead levels increased by a whopping 560% on Day 6. The levels of essential minerals, such as zinc, magnesium, and calcium, were not affected. The researchers noted that the chelating effect of MCP may have to do with the presence of the polysaccharide rhamnogalacturonan II (RC-II), which is found in the naturally occurring pectin and is maintained in MCP.

How Much Modified Citrus Pectin Should You Take?

MCP can be a powerful addition to your overall health arsenal. If you are considering adding Modified Citrus Pectin to your cancer health protocol, experts typically recommend a dose of 1 teaspoon (5 g) three times a day at minimum, although higher doses have not been known to cause side effects. Also be sure that you connect with a high-quality source of MCP. I recommend PectaSol-C, which currently is the only brand that has been validated for purity and has been used in various scientific studies.