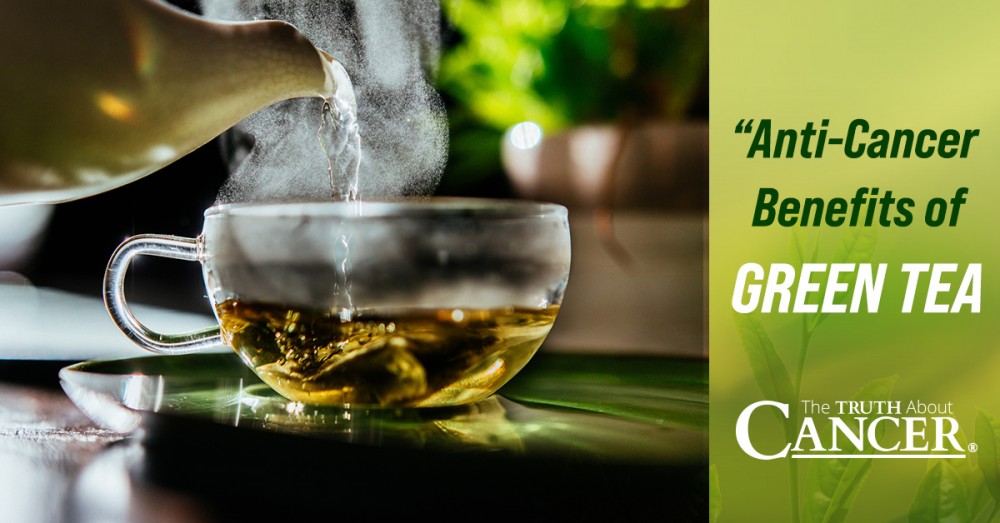 Tea drinking dates back nearly 5000 years, when it was traditionally consumed as a delicacy by the aristocracy in ancient China. Today, tea is the most popular beverage after water. Incredibly, it has evolved to become part of the daily diet of nearly two-thirds of the world’s population!

As you are probably already aware, the many health benefits of green tea − once just a popular beverage in China and Japan − have led to its popularity, growing by leaps and bounds among health-conscious people all over the world. Why? Because green tea fights cancer!

Specifically, EGCG and other green tea antioxidants have been found to stop cancer cells from growing, kill cancer cells, and prevent the formation and growth of new blood vessels in tumors. 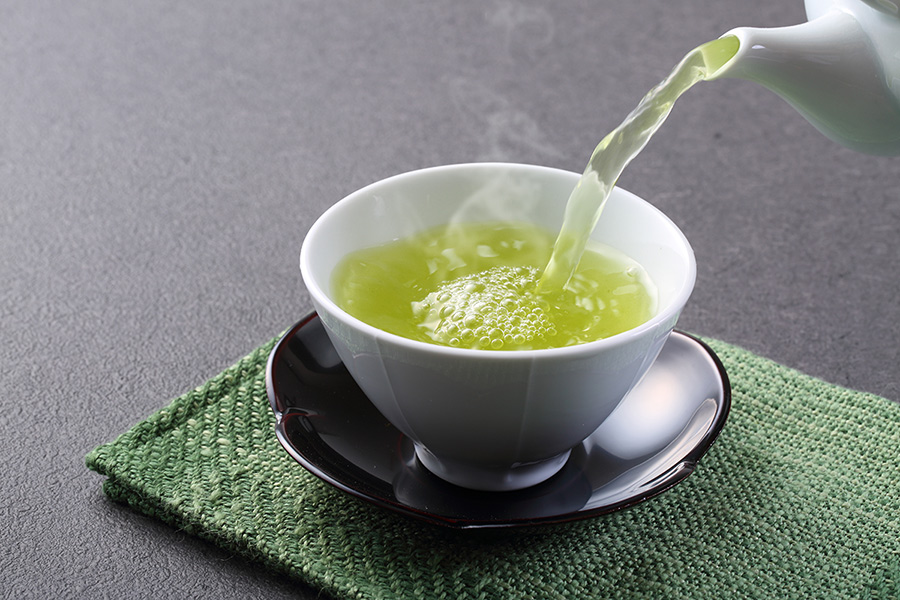 Green tea leaves contain so-called ‘bioactive’ compounds, including green tea antioxidants, which act on our body in multiple beneficial ways. Specifically, green tea polyphenols known as catechins are believed to be responsible for many of the health benefits of green tea.

Epigallocatechin-3-gallate (EGCG) is the most abundant catechin in green tea and accounts for 50-75% of its total catechin content. EGCG is also the most effective green tea antioxidant as far as its health benefits are concerned – and it has been tested extensively over the past few years to better understand its potential cancer-fighting abilities.

The results of these studies clearly show that EGCG and other green tea antioxidants are toxic to cancer cells in laboratory experiments and indicate why health experts are so optimistic about their use in cancer therapies in the near future.

Cancer cells are formed when our body’s cells break free of the normal cycle of growth and death and begin to grow uncontrollably, giving rise to harmful, even life-threatening tumors in different parts of the body. EGCG and other green tea antioxidants act in very specific ways to prevent cancer cells from growing – and are very likely responsible for at least some of the anticancer health benefits of green tea.

These antioxidants have been shown to prevent cancer cells from growing in multiple ways:

In a very promising development, EGCG has been shown to kill many different types of cancer cells in laboratory conditions. One way in which EGCG does this is by triggering the activity of so-called ‘pro-death’ proteins, causing cancer cells to commit ‘suicide.’

In one study, treating breast cancer cells with EGCG led to so many of them dying that the study researchers were able to measure a significant reduction in tumor size. In other words, not only do EGCG and other green tea antioxidants stop cancer cells from growing – they also actively kill them.

When new blood vessels begin to form and grow in a tumor, it is known as angiogenesis. Angiogenesis allows cancer cells to grow faster and spread to other areas of the body by providing them with much-needed nutrients and oxygen. Studies show that EGCG prevents the expression of a so-called growth factor that is necessary for new blood vessels to form and grow. By doing so, EGCG prevents cancer cells from growing rapidly and spreading from one location to another and invading other parts of the body.

In one study, tumors treated with a potent extract of green tea leaves that contains concentrated tea polyphenols (including EGCG) had significantly fewer blood vessels and were noticeably smaller in size.

It’s clear that EGCG and other green tea antioxidants can stop cancer cells from growing, even directly kill them. They also seem to be able to prevent new blood vessels from forming within tumors that help cancer cells to grow rapidly and spread to other parts of the body. EGCG does this by interfering specifically with multiple biological mechanisms in cancer cells – and it appears to do so without affecting normal cells.

Health experts believe that these actions of EGCG and other green tea antioxidants are to a large extent responsible for the potential anticancer health benefits of green tea.

However, it must be remembered that so far, the evidence for EGCG’s anticancer abilities comes mainly from laboratory studies. Because of these promising results, many human clinical trials have been carried out (and are still being carried out) to find out whether EGCG and green tea extract supplements can indeed protect us from developing cancer.

While the results of these studies have not been as clear-cut as health experts would have liked, all the available evidence suggests that daily consumption of two to three cups of green tea can help to lower your overall cancer risk without any serious side effects.

However, if you’re on prescription medications or are sensitive to caffeine, you may want to speak to your physician before adding green tea to your daily diet. And if you do experience any uncomfortable symptoms (such as nervousness, confusion, sleep issues, irritability), be sure to discontinue green tea immediately and consult your physician right away.

It’s also important to know that although many commercial iced and ready-to-drink versions of green tea are also quite popular nowadays, they may not have the same healthful levels of green tea antioxidants that you’ll get from a freshly brewed cup using real green tea leaves. The lower the amounts of tea leaves and buds, the lesser the antioxidant content, minimizing the health benefits of green tea.

The antioxidant concentrations of green tea – and the health benefits you get from it – depend on the type and quality of green tea you use, how much you use, how long you brew it for, and the temperature of brewing.

How to Brew the Perfect Cup of Fresh Green Tea

The perfect cup of green tea is flavorful, not too bitter, weak or watery – in other words, it’s just right!

Here’s how you can simply and easily prepare this healthful beverage for yourself and your loved ones at home: 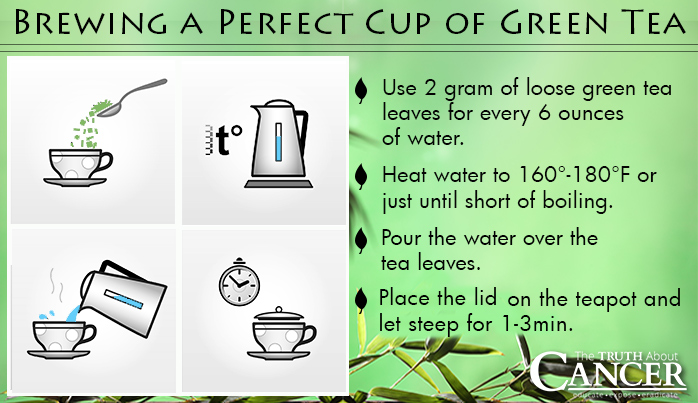 As soon as the tea is ready – and you’ll be the judge whether it is ready, according to your own taste preference – remove the leaves by lifting out the infuser or pouring the tea through a strainer. Whole green tea leaves can often be steeped 2-3 times, producing new flavors with each brew.

Now that you know how easy it is… why not go ahead and make yourself a cup (or two) and enjoy the anticancer health benefits of green tea right now?

←
Previous
Cancer-Fighting and Other Health Benefits of Broccoli
→
Next
Citrus Secrets: How to Stop Cancer Cell Growth