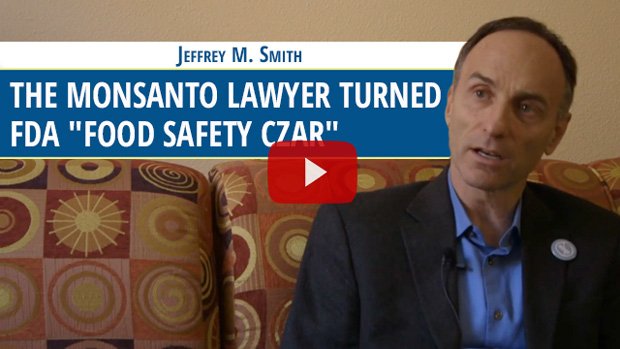 Ty Bollinger: So you have this BT toxin, Roundup, these potentially dangerous substance being sprayed on food. They’ve not been proven to be safe. We think that they may be potentially extremely harmful. How is it that the companies are allowed to make these and spray them on our food and we’re ingesting them without being warned about the potential dangers?

Jeffrey Smith: The companies are in charge of determining if their genetically modified foods are safe. There’s no required safety studies for most of the GMOs. The FDA does not require a single safety study on GMOs. Now this was determined in a policy in 1992 that was overseen by Michael Taylor. Michael Taylor is the former attorney to Monsanto.

And he was given a position that was designed for him by the FDA when the agency was told by the White House to promote GMOs. And Taylor’s policy falsely claimed that the agency wasn’t aware of information showing that GMOs were significantly different, therefore, no testing or labeling was necessary.

Companies like Monsanto could determine on their own if their GMOs are safe. And Monsanto told us that agent orange and PCBs and DDT were safe and got that wrong, maybe they’ll get it right with GMOs is the thinking by the FDA. Taylor then became Monsanto’s vice president and chief lobbyist, now he’s back at the FDA as the “U.S. food safety czar.”

Jeffrey Smith: It’s more than almost. We have a situation where the claims in the policy, they weren’t aware of information showing that GMOs were different, was a complete lie. It was a total fabrication.

The lawsuit forced 44,000 secret FDA memos into the public domain and it showed that the overwhelming consensus among the scientists working at the FDA was exactly the opposite. They said GMOs might create allergens, toxins, new diseases, and nutritional problems, urged their superiors to require testing, complained about the draft of the policy and their concerns were ignored and even denied.

Ty Bollinger: Oh, so since they’re not significantly different than normal food it doesn’t—they don’t need to tell us that they’re doing this to us. 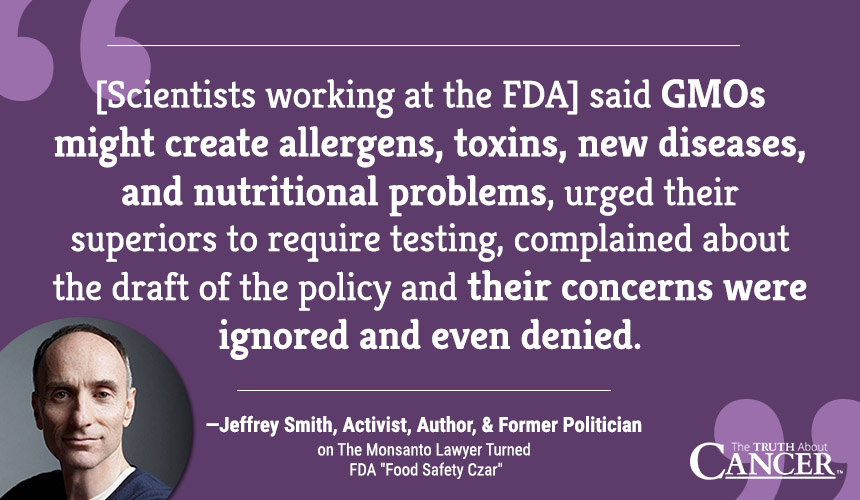 ←
Previous
Testosterone and Prostate Cancer: What’s the Connection?
→
Next
The 12 Most Common Types of Cancer