You are here: Home / Featured Articles / Is Your Multivitamin Supplement a Multi-Waste of Your Money? 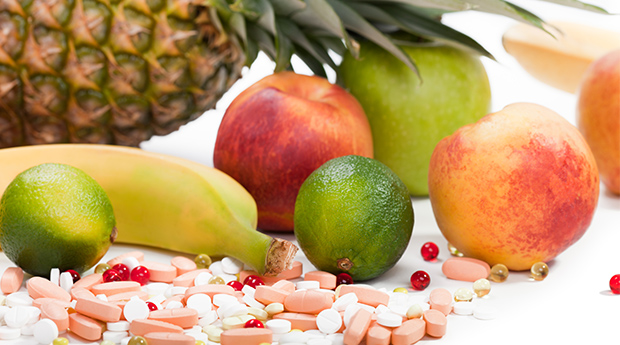 After years of being ignored, gut health is finally getting some well-needed attention. Many health-conscious people now understand the difference between “good” and “bad” gut bacteria, and how critical it is to keep to keep their digestive system in tip-top shape. After all, a healthy digestive system is essential for building immunity, regulating appetite, managing stress, and much more.

One tool that you may not have heard of in relation to achieving (and maintaining) a healthy gut is fulvic acid.

Fulvic acid is typically extracted from humic deposits, which are very rare and are believed to have been created from ancient lush vegetation by microbial activity near the surface of the Earth.

In its natural state, fulvic acid enables plants to absorb and use minerals and other nutrients very efficiently. In fact, it is absolutely essential for plant health.

Ongoing research over the past several years shows that fulvic acid acts to improve gut health. This is likely because it contains nutrients that support the ability of beneficial (good) gut bacteria to form a healthy “microbiome” in our bodies. (A microbiome is the collective name for the bacteria “ecosystem” that resides in your digestive system.)

Abnormal gut permeability – a condition in which food and other particles are able to penetrate the gut lining and enter the bloodstream where they shouldn’t normally be – is known to lead to inflammation and cause multiple health problems.

Consumption of fulvic acid has been shown to reduce the incidence of digestive disorders such as SIBO (small intestine bacterial overgrowth) and inflammatory bowel disorders. It also helps with reducing constipation, bloating, diarrhea, and food sensitivities.

An Ancient Remedy for Poor Digestion

There’s an ancient natural remedy found mainly in the Himalayas known as “Shilajit.” It has been used for hundreds of years in traditional Indian Ayurvedic medicine to treat health problems that likely have poor digestive and immune health as underlying causes.

Just like humic deposits where fulvic acid comes from, Shilajit is also believed to be formed over centuries by the gradual decomposition of certain plants by microorganisms.

Shilajit contains 60-80% of fulvic and humic acids. Its biological effects are to a large extent attributable to these acids acting as carriers for bioactive molecules by forming complexes with them.

According to a 2011 study published in the Journal of Alzheimer’s Disease, a combination of its antioxidant and nutraceutical properties may potentially enable fulvic acid to protect us against dementia and Alzheimer’s disease.

A well-known contributing factor to the development of such so-called “cognitive” disorders is free radical damage in brain cells. Fulvic acid is a proven powerful antioxidant that is known to protect cells and their internal structures from harmful oxidation and breakdown by free radicals.

Specifically for dementia and Alzheimer’s disease, the abnormal processing of a brain cell protein called tau into insoluble filaments is believed to be a critical step in their development.

This study showed that, in a laboratory setting, fulvic acid counteracts specific aspects of abnormal tau processing by reducing the length of insoluble tau filaments and even disassembling them after they have been formed.

These encouraging results led the researchers to conclude that fulvic acid is likely to provide new insights into the development of potential natural treatments for Alzheimer’s disease and possibly other dementias as well.

According to a different 2011 study, fulvic acid supplementation significantly improved the symptoms associated with eczema, even when compared to other eczema treatments.

In fact, fulvic and humic acid protect the skin on topical application and appear to help in treating wounds, scratches, and rashes. Fulvic acid has also traditionally been used as a remedy for poison ivy, poison oak, and athlete’s foot. 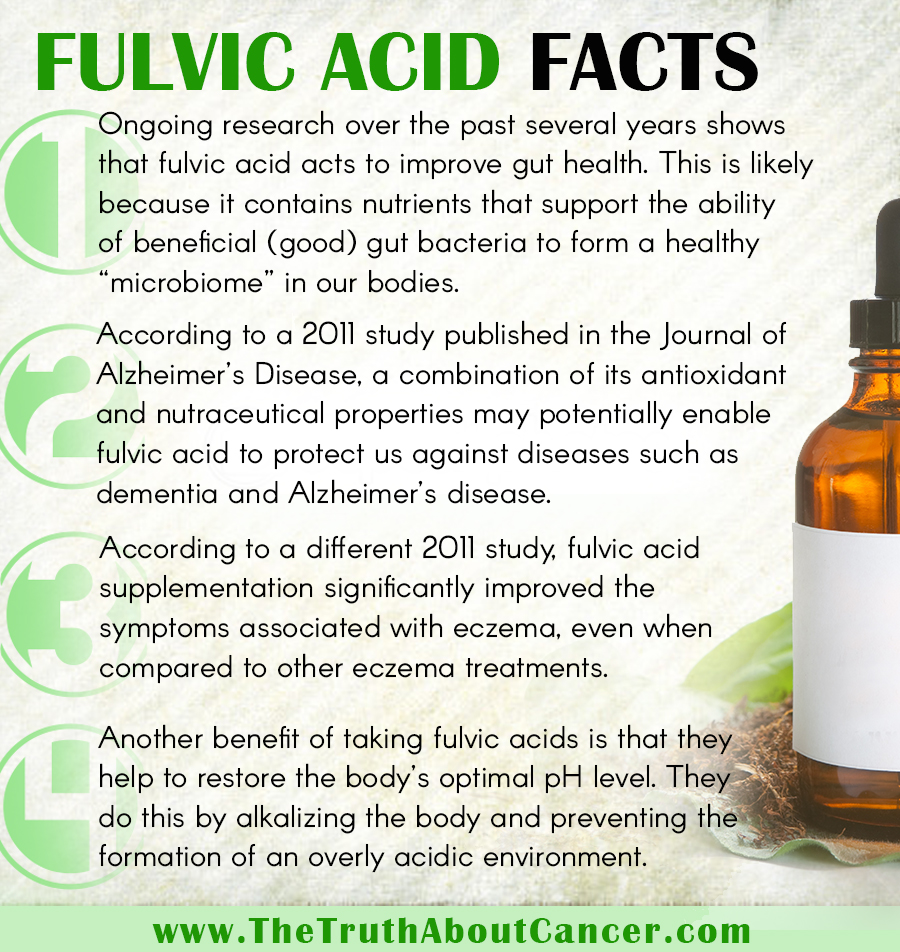 Should You Take Fulvic Acid Supplements?

Our health is constantly being attacked by thousands of chemical pollutants – be it antibiotics, allopathic drugs, hand sanitizers and detergents, even household cleaning agents and deodorants.

Thanks to modern farming practices, our soils have been contaminated by industrial pollution, pesticides, and chemical fertilizers. These not only endanger our health, but also contribute to soil erosion and nutrient depletion.

As a result, we have fewer nutrients in our food. And the nutrients we still have are in lesser quantities than they were years ago. This, along with a reduced ability to properly use even what is available, is weakening our immune systems and making us more vulnerable to infections and diseases.

For all these reasons, fulvic acid supplements are highly recommended as a regular nutritional aid for multiple reasons.

As we have already seen, fulvic acid improves gut health, boosting the immune system and lowering the risk of many digestive disorders. Additionally, fulvic acid is now actively being considered as a potential future treatment for Alzheimer’s disease.

There are also many other benefits of taking fulvic acid supplements. For example, fulvic acid is an excellent natural chelator. This means it binds easily to nutrients, minerals, and metals to form stable, water-soluble complexes. This in turn enables our bodies to absorb the nutrients, instead of having them pass through us.

Another benefit of taking fulvic acids is that they help to restore the body’s optimal pH level. They do this by alkalizing the body and preventing the formation of an overly acidic environment. In doing so fulvic acids help to prevent long-term illnesses and improve our body’s defenses against harmful bacteria, fungi, yeast, and other infectious organisms.

People taking fulvic acid have also reported a noticeable improvement in their energy levels, which is likely due to better detoxification as well as reduced inflammation and free radical damage.

Fulvic acid is a naturally occurring organic product and completely non-toxic. However, you should always consult a qualified health professional before taking any supplements to ensure that they don’t interfere with any other ongoing treatments or medications.