You are here: Home / Cancer Causes / Cancer is Not a Death Sentence (video) 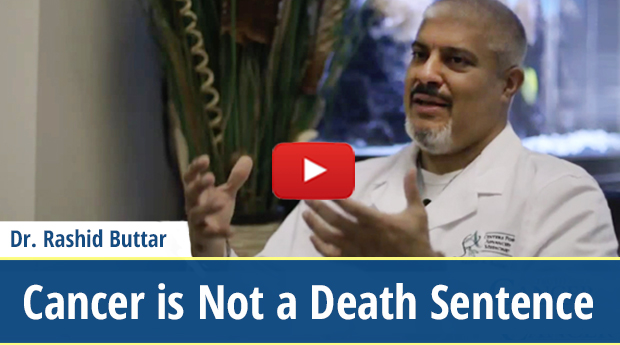 Video Transcript: Cancer is Not a Death Sentence

Dr. Rashid Buttar: Believe it or not, the most significant is the emotional psychological component. I have had patients… you know the stories. I’ve got a book that I’ve written that I haven’t published. But the stories that I can tell you where we’ve actually taken patients…in fact, I’ll tell you we’ve had two families that agreed to autopsies on patients that I treated.

You know, most of the time when you talk to family about getting an autopsy, why? The question is, “Why would we want to spend another five thousand to do an autopsy when we know they had cancer and they died of cancer − there’s no reason.”

But one family in 1999 and another family in 2001 agreed to do an autopsy after the patient died, after we treated them. Because in my heart there was no way this person had cancer. You want to take a wild guess what they found on autopsy?

Dr. Rashid Buttar: None, at all. Not even a trace. What was interesting was both patients however died within a week or two of when they were told they were going to die by their oncologist. The power of belief. That’s what they believed.

Doctors don’t realize… they’re a doctor so when somebody hears, “Well they’re the doctor, they know.” So when the doctor says something they just put the thought in the person’s brain. It’s almost like a self-fulfilling prophecy.

Now interestingly enough that second patient that they did the autopsy on. The nephew of that patient owned a funeral home, and the patient was buried through that funeral home. He came back a couple months later to tell me a story.

He said, “Listen I wanted you to know Dr. Buttar that when we got the autopsy, when we ordered the autopsy…”

They said, “No, we sent you the right patient.”

“No you sent me the wrong patient.”

And it went back and forth four or five times.

And finally the funeral home said, “Listen, there were only four patients that came through our facility this week. Three of them were women; one was a male. You’re supposed to have the male. We know the difference between a male and a female. You have the right patient.”

And the pathologist’s response was, “Well, this patient had died (supposedly cause of death was hepatocellular carcinoma liver cancer).”

The pathologist said, “Well one, this man has no cancer in his liver. And secondly his liver is that of a 35 year old.” The patient was 67 years old.

Now I know that there’s no way this guy could have had a cancer in his liver anymore because what we were doing was rebuilding his liver. And as you know the liver is a highly regeneratable organ.

It was an interesting piece of history for me that as I was going through this, because I stopped asking for autopsies after that. I believe that if I cannot address the emotional psychological issue of a cancer patient, I will, no matter what happens, I will lose that patient.

But if I can address it, I don’t care whether it’s multi-organ system failure or the kidneys are failing, the liver is failing, stage four, multiple metastasis, they will come through it. I have actual patients, you’ve seen some of these patients on video that had cancer that went from breast, spread to the brain, the spine, the spleen, the lungs, the liver, the scalp. And this is the same patient given—gone through chemo and radiation.

Actually she was an oncological nurse, believe it or not. She’d been oncological nurse, a cancer nurse for 45 years and she was told that she had three months left to live and she lived almost 10 years. You’ve seen the videos, right? Anybody can go to Medical Rewind and see some of these videos.

But the point is, it’s the power of belief. And that emotional, psychological burden that a patient has. I have never seen a cancer patient yet, in fact, that did not have a deep seeded emotional trauma.

Many times they may not even be cognizant of it. They may have suppressed it. But until that’s released, you will not see a complete and permanent resolution. 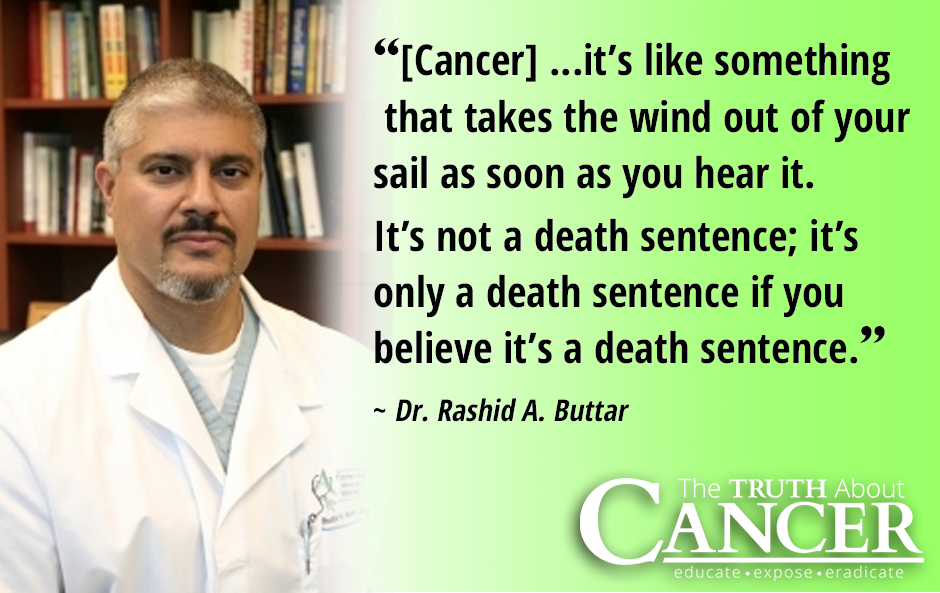 My patients that have really done well, and some of those patients you will be talking to. I know you’ve scheduled to talk to some of them.

There’s one recurring theme that I hear from them…

After they’ve gone through this challenge, they relate to me how grateful they are that they had this disease. How it transformed them. How it changed their life. How it allowed them to see a different perspective that had they not seen, their lives wouldn’t be where their lives are today. That gratitude, that appreciation for having gone [through] that experience, that’s really… cancer is a wake up call.

I believe that in 20 years nobody is going to be scared of cancer. It going to be like getting a cold.

But it’s a wake up call. When you get cancer you need to do something. It’s God giving you the ultimate email. It’s something that takes the wind out of your sails as soon as hear it.

Please share this information with friends and family. It could save someone’s life!

←
Previous
Is Your Multivitamin Supplement a Multi-Waste of Your Money?
→
Next
Discover Why Fulvic Acid is So Good for Your Gut, Brain & Skin