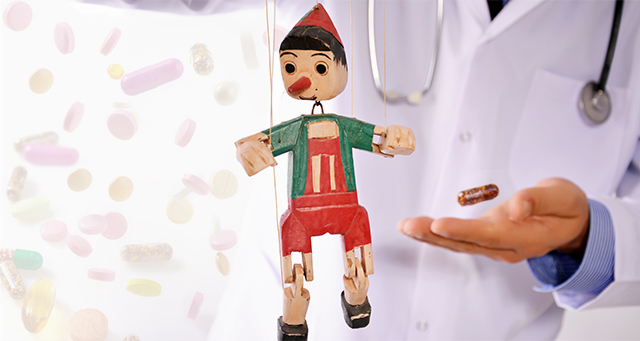 One prominently featured TV ad utilizes an attractive view of Chicago as a backdrop and smiling healthy looking actors portraying lung cancer patients. The ad boldly proclaims that Opdivo is a huge breakthrough which works with the patient’s own immune system to “at last offer the hope for longer life” for chemotherapy patients.

Another overblown advertisement for Opdivo proclaims:

Researchers have made what looks like a “once in a generation” breakthrough in fighting cancer, advancing a technique that could become one of the “pillars of oncology,” next to surgery and chemotherapy. The technique enables the immune system, which ordinarily treats malignant cancer cells as if they were healthy, normal cells, to identify and attack tumors.

Sounds great, doesn’t it? But what are the “fine print” and audio disclaimers that are slipped in while our attention is diverted by the backdrop and actors? Well, first of all there are the warnings that Opdivo can cause the immune system to attack healthy organs with possible fatal results. Not so great, huh? Among the immune disorders caused by the new drug are Crohn’s Disease, Ulcerative Colitis and Lupus. And then there is the real clincher: In clinical trials of patients with lung cancer, patients who took Opdivo survived for an average of 9.2 months compared to 6 months for those took chemotherapy alone.

Are you kidding me? Only three additional months of life for a cost of up to $100,000? And it is worth nothing that the quality of life during those extra months can be horrific – in one trial which used the new drug in combination with another BMS immune boosting drug (ipilimumab), 30 percent of the patients in the trial dropped out because the side effects became more than they could tolerate.

The Importance of the Immune System

As those in natural health circles have known and said for decades now, the immune system is key in beating cancer. It is, after all, nature’s first line of defense against cancer and other illness. Conventional medicine is slowly coming around to realizing the importance of a robust natural immune system, but in typical mainstream medicine form they choose to unnaturally alter the immune system with an unnatural, and hugely profitable, patented cancer drug created in a lab instead of actually turning to nature.

Harnessing nature is the way to strengthen the immune system. When the goal is to eliminate cancer, never have it return, and then to go on to live a relatively healthy and normal lifespan − nature prevails. Such goals are virtually impossible when it comes to allopathic cancer treatments. Conventional treatments seldom get rid of all the cancer and often leave behind the hardest to kill cancer cells to multiply and regenerate within the host. Given that such treatments compromise the immune system and major organs, allopathic doctors must attempt to kill the symptoms of cancer before they kill the patient.

A growing body of research indicates that conventional cancer treatment may actually be a major contributing factor in recurrence and progression. It is widely known that people do not die of their cancer, but rather from the complications and consequences of conventional treatment. 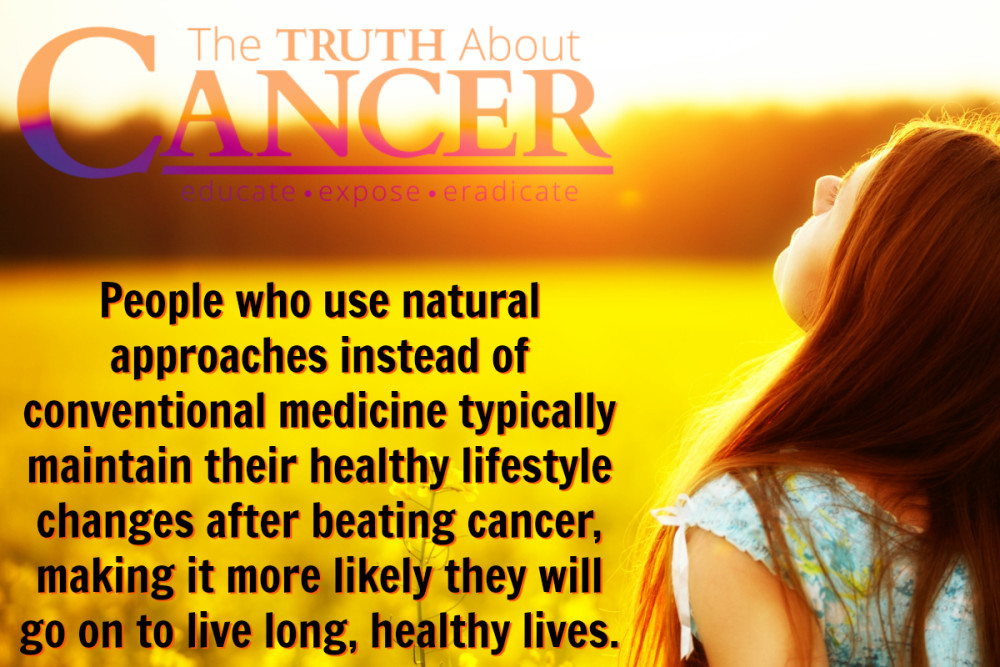 The Ineffectiveness and Dangers of Chemotherapy and Radiation

The woeful ineffectiveness of chemotherapy was previously illustrated by two studies − one in the US and one in Australia − which found that chemotherapy increased survival by less than 3% over patients who opted to forgo chemotherapy. Should the studies have compared chemotherapy against the best natural treatments the results would have been more startling. Some of the best natural anti-cancer protocols have significantly higher success rates (some as high as 90%)!

Unlike mainstream cancer treatments, alternative approaches utilize nature to treat both the cancer and the host, requiring patients to address not just the presenting symptoms, but also the cause of cancer and dis-ease. Plus, people who are aligned with natural approaches and utilize natural approaches in preference to conventional medicine typically maintain their healthy lifestyle changes after beating cancer making it more likely they will go on to live long, healthy lives.

Recent studies have found that both chemotherapy and radiation actually contribute to the recurrence and progression of cancer. These treatments often leave behind the hardest to kill cancer cells, including cancer stem cells, and that those cells ultimately multiply and are much harder to eliminate. In one startling study done by the Department of Radiation Oncology at the UCLA Jonsson Comprehensive Cancer Center, researchers found that radiation therapy not only created cancer stem cells, but that these irradiated breast cancer stem cells had a more than thirty-fold increased ability to form tumors than non-irradiated breast cancer cells.

Research done at the Friedrich-Schiller University in Jena and presented at the 27th Annual San Antonio Breast Cancer Symposium illustrated how chemo actually spreads cancer cells. It seems that Taxol, one of the “gold standards” of chemo, causes large numbers of cancer cells to be released, resulting in metastasis − the most life-threatening aspect of cancer. 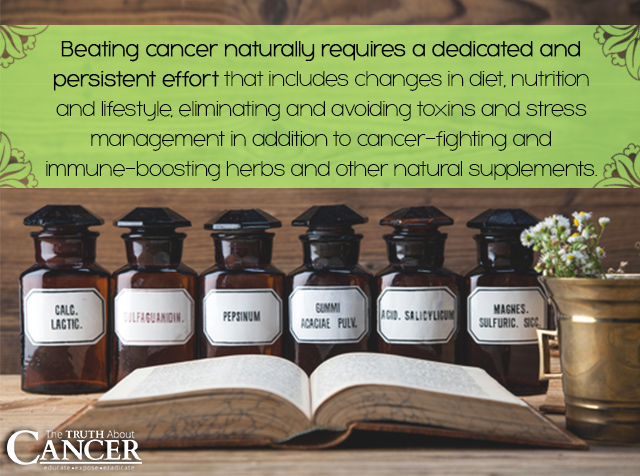 It should be noted that there is no “cure in a bottle” (or in an IV tube or radiation machine) when it comes to beating cancer naturally. Healing from cancer naturally requires a dedicated and persistent effort that includes changes in diet, nutrition, and lifestyle, eliminating and avoiding toxins (a true cause of cancer) and stress management in addition to cancer-fighting and immune-boosting herbs and other natural supplements. And to keep cancer at bay and go on to live a long, healthy life means not reverting back to old habits that enabled cancer to gain a foothold to begin with, and continuing to live, eat, and supplement wisely.