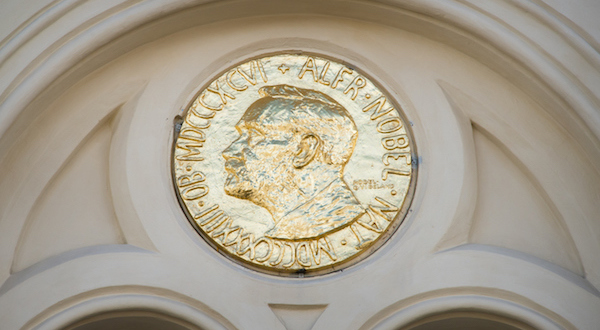 Cancer researchers James Allison and Tasuku Honjo were recently awarded the Nobel Prize in physiology for their groundbreaking work in utilizing the body’s natural immune system to fight cancer. This field of research is known as immunology.

For decades, the medical establishment has used the “cut, burn, and poison” method as the standard of care for cancer patients. We’ve seen the devastating effects of these toxic treatments and have even seen how chemotherapy drugs can cause cancer themselves.

Immunotherapy is the name given to any treatment that uses the body’s own immune system to fight diseases, including cancer. As you may know, mainstream medicine in the U.S. today treats cancer with a toxic, life-threatening mix of surgery, radiation, chemotherapy, and hormonal treatments.

Dr. Allison and Dr. Honjo took a smarter approach – they figured out how cancer cells were shutting down the immune system and reverse-engineered the process. Their separate discoveries are credited with helping the immune system attack cancer more vigorously, a breakthrough that has led to some promising results for patients. They accomplish this by enabling T-cells.

T-cells are a type of white blood cell, known as the soldiers of the immune system. Their job is to identify and destroy damaged, infected, and cancerous cells in the body. However, they have a fatal weakness – they carry molecules inside them called immune checkpoints, which the immune system uses to shut the T-cells down when they don’t need them.

Cancer cells cleverly lock onto those checkpoints and “put the brakes” on them, suppressing the immune system and preventing T-cells from deploying at all – and allowing the cancer cells to grow and spread, undisturbed. Doctors Allison and Honjo figured that inactivating immune checkpoints inside T-cells – taking the brakes off – would transform the immune system’s ability to fight cancer.

Immunotherapy has faced a great deal of skepticism in the past despite showing great promise for patients. In 2015, former President Jimmy Carter was treated with immunotherapy when his skin cancer had spread to his brain and liver. According to an aide, his last scan, in June 2018, showed no cancer.

Another melanoma patient, a young woman who had been near death, showed no signs of cancer after only four doses of immunotherapy and is now leading a healthy, active life.

Immunotherapy currently on the market is expensive and can have severe side effects. Boosting the immune system naturally and holistically is much more likely to provide us with effective, safe, and long-lasting solutions.

According to the Nobel Assembly:

Cancer kills millions of people every year and is one of humanity’s greatest health challenges. By stimulating the inherent ability of our immune system to attack tumor cells this year’s Nobel Laureates have established an entirely new principle for cancer therapy.

For decades, doctors have told us that the only options for cancer treatment are chemo, radiation, and surgery. Now, thanks to the work of these men, the paradigm of cancer treatment has been shifted.

Click here to learn more about harnessing the power of the body’s natural immune system.

←
Previous
The Many Benefits of Withania and Turmeric in Ayurveda (video)
→
Next
Cancer Survivor Story: Gizella (Stage 4 Ovarian Cancer)