You are here: Home / Nutrition / Food & Drink / Why Pasteurized Milk is Bad for Your Health 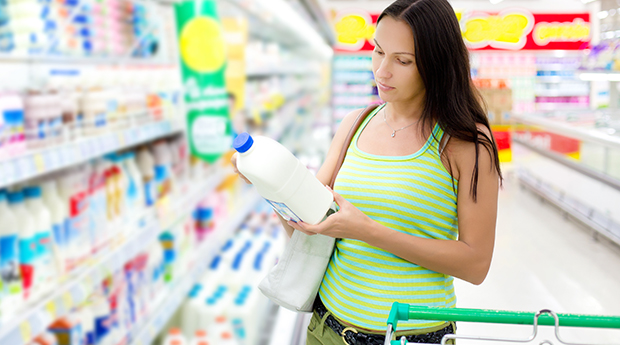 There’s nothing quite like fresh food straight from the farm. Whether it’s produce, eggs, meat, or milk… anyone who’s tried both knows that organically-grown, farm-fresh varieties are tastier and just all-around better than what’s typically sold at the grocery store. These “real” foods, as I like to call them, are also much healthier and safer than their conventional counterparts due to cultivation practices that, generally speaking, tend to avoid the use of things like chemical pesticides and heavy processing.

Despite all the pretty packaging and clever marketing, commercial grocery store fare simply doesn’t hold a candle to foods like a perfectly-ripe strawberry picked straight from the plant; a golden-yolked egg from a happy, pastured hen; or a tasty glass of chilled, grass-fed, raw milk − foods grown and consumed the way nature intended. There are a number of reasons for this, one of them being the rigmarole of government regulations that effectively bar many foods from being sold on a commercial scale due to “food safety” concerns.

Mandatory pasteurization of milk and other dairy products is one such regulatory requirement that supposedly makes these otherwise living foods “safe” for human consumption, but that actually does the exact opposite. Pasteurization destroys the nutritional integrity of milk, making it toxic for human consumption. It also functions as a cover for the filthy practices of large-scale dairy conglomerates that profit immensely from selling what can only be described as “swill” to unwitting consumers.

From a nutritional standpoint, pasteurization is the equivalent of dropping an atomic bomb on your food. Whatever had been living in that food prior − delicate enzymes, probiotic bacteria, and various energetically-charged nutrients − is carpet-bombed with high-heat and left for dead. It leaves in its wake a trail of compositional casualties like altered flavor and texture, denatured proteins, and lost vitamins and minerals… among other damage.

Simply put, pasteurization is an absolute disaster for human health because it kills many of the nutrients in milk that our bodies need in order to process it, let alone derive any nutrition from it. And yet, per U.S. Food and Drug Administration (FDA) rules, all milk that crosses state lines as part of interstate commerce − the vast majority of milk currently on the market − must be pasteurized prior to being sold to the public. This is an antiquated policy that hinges upon irrational fear of bacteria and woefully outdated science. 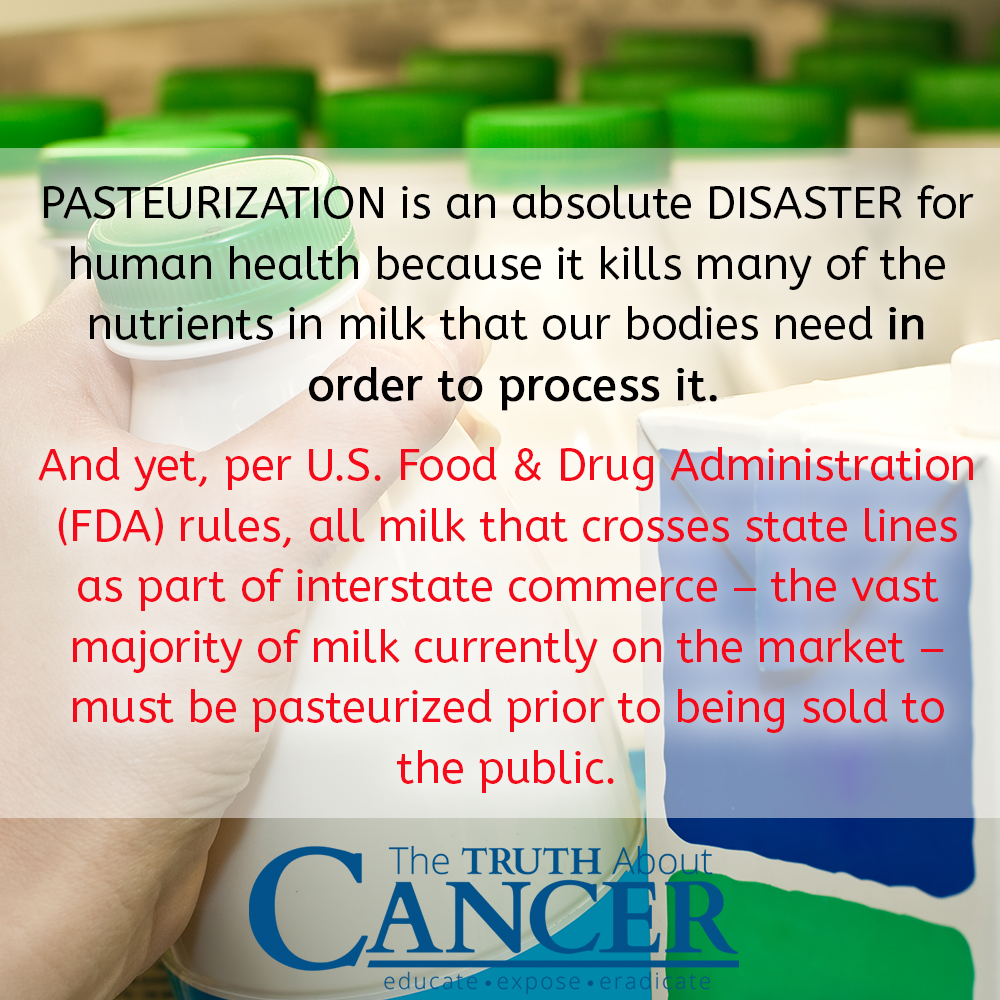 The Link Between Pasteurized Milk and Lactose Intolerance

You’re probably familiar with a relatively common health condition known as lactose intolerance, from which at least 50% of the human population is said to currently suffer. Contrary to popular belief, lactose intolerance isn’t an allergy or intolerance to milk. It’s an inability to digest and assimilate pasteurized milk that no longer contains an enzyme known as lactase that’s a necessary cofactor for processing lactose, the disaccharide sugar in milk that makes it taste sweet.

The destruction of lactase by pasteurization heat renders milk nutritionally impotent in this regard, as many people’s bodies simply don’t know what to do with milk that contains only lactose without lactase. And while the human body is capable of manufacturing some lactase on its own, the levels it produces are often inadequate to properly handle the amount of “dead” dairy products many people consume on a regular basis.

Pasteurization also destroys the multitude of functional flora present in raw milk. These flora help stimulate not only the growth, function, and activity of lactase and other nutritive enzymes, but also the processing of milk and other foods in the gut. This includes the breakdown and clearance of glucose and galactose from the intestinal tract, an excess of which can cause symptoms like bloating, stomach pains, and bowel irregularities.

Pasteurization is a Disguise for Filthy Food

The original intent of pasteurization was never to make “inherently risky” foods like fresh milk “safe” for human consumption as we’ve all been led to believe. Rather it was to make inherently unsafe foods appear just safe enough so they can be legally sold to consumers rather than be discarded.

It was the many burgeoning “swill” milk systems in rapidly-urbanizing, post-War of 1812 American cities that resulted in pasteurization becoming a standard processing method for milk, even though milk produced correctly doesn’t need to be pasteurized.

Many people don’t know this, but the industrial-scale feedlots that were rapidly springing up across America during this changing period in history made a practice of feeding their cows “hot slop.” This was a non-nutritive (but inexpensive) waste product of whiskey production collected from nearby whiskey distilleries.

The cows that consumed this hot slop became diseased and emaciated due to its toxicity, and yet continued to generate “milk” in abundant quantities… of the filthy and absolutely-unfit-for-consumption variety.

But never fear − pasteurization is here! At least that’s how it went back then to cover up for the major shortcomings of swill milk, which was heated solely for the purpose of killing it so it wouldn’t kill the people who consumed it.

Milk producers who continued to graze their cows on grassy fields rather than shove hot slop down their throats in densely-packed urban feedlots were still generating safe, nutritious milk, but the damage was already done. Pasteurization would quickly gain preeminence as the solution to the problem of “dangerous” raw milk, and so it remains to this day.

It doesn’t take a rocket scientist to recognize that pasteurization used for this purpose benefits only the “sloplords” at the expense of everyone else. Small-scale farmers who pasture their animals the old fashioned way don’t benefit. Neither do consumers who are basically being sold a bill of goods every time they pick up a gallon of pasteurized “milk.” Milk that’s been heavily processed and aggressively heat-treated to cover for all the pathogens and other filth that might be present as a result of how the animals from which this “milk” comes are being raised.

Industrial feedlots might not be feeding their cows hot slop anymore, but they are feeding them genetically-modified (GM) grains, injecting them with antibiotic drugs to fatten them up, and letting them wallow around in mountains of contained fecal matter rather than roam around naturally on grassy pastures.

Milk produced the real way − via plenty of grass, sunshine, humane treatment, and love − continues to be a nutritive substance with many healing properties, so long as it’s consumed raw. The dead processed stuff? Not so much.

To find a source near you for raw milk and raw milk products produced the way nature intended, the Weston A. Price Foundation (WAPF) has compiled a “Real Milk Finder” as part of its Campaign for Real Milk, which you can access at the following link: http://www.realmilk.com/real-milk-finder/

Do you drink milk and is it raw or pasteurized? What do you think about pasteurization? Please share your thoughts in the Comments section below.

←
Previous
TTAC Book Excerpt: The Importance of Intermittent Fasting
→
Next
Prostate Cancer Diagnosis: What Would The Health Ranger Do? (video)