You are here: Home / Cancer Treatments / Prostate Cancer Diagnosis: What Would The Health Ranger Do? (video) 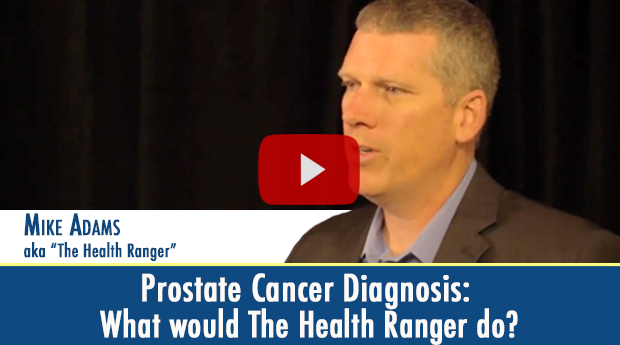 Video Transcript: Prostate Cancer Diagnosis – What Would The Health Ranger Do?

Mike Adams: Well, first thing that I would do is to try to understand from where did this prostate cancer come from? A guy like me who eats very healthy foods and super foods and leads an anticancer lifestyle − this news would be a shock. The most likely culprit would be an environmental cause, probably a hormone disruption chemical.

So I would immediately start to think that maybe I’m being exposed to BPA, which is probably true. I’ m sure that I have some level of BPA in my blood. It’s almost impossible to get rid of.

Ty Bollinger: It’s a hormone mimicker that’s in what?

Mike Adams: It’s a plasticizer. It’s in receipts. See this is the thing. When I take a receipt from a place of purchase, I’m touching that receipt, and I’m getting BPA from that receipt.

Ty Bollinger: Because it stops the ink from dissolving over time.

Mike Adams: So, I try not to maintain high contact with the receipts. But I don’t want to be the guy who runs around wearing latex lab gloves everywhere. That would be weird.

Ty Bollinger: I typically ask the clerk to throw it away for me.

Ty Bollinger: I don’t even want the receipt; just throw it away please. 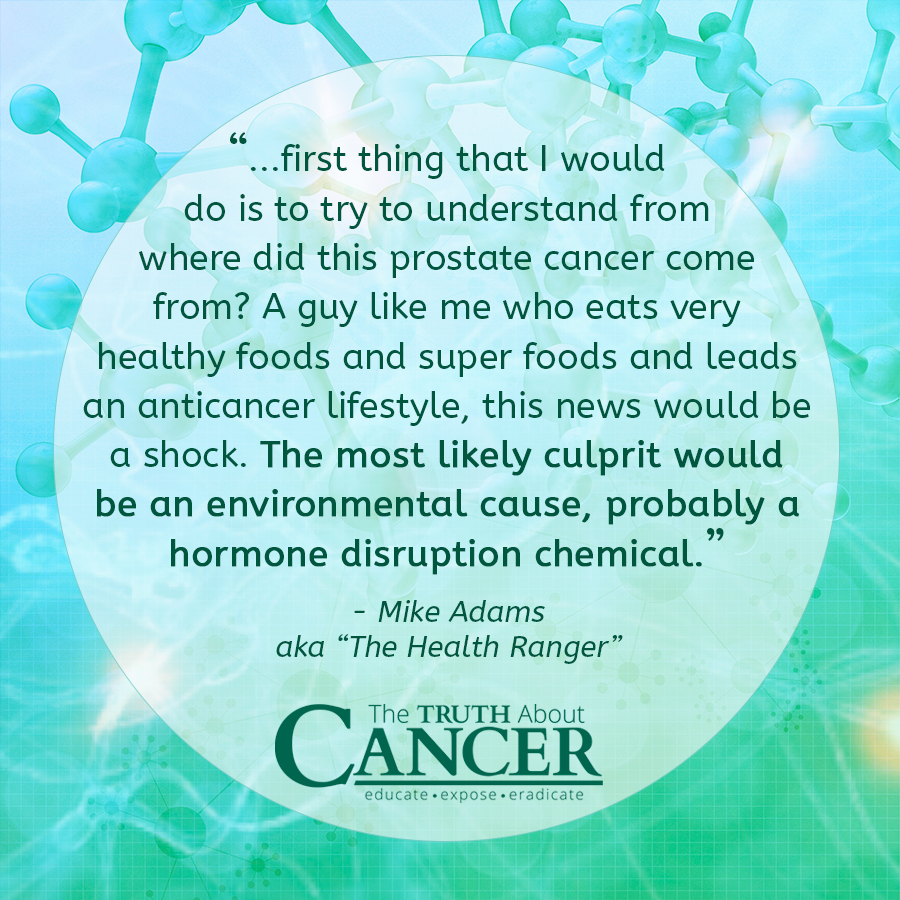 Mike Adams: Good idea. So, we’d figure BPA, so then in that case you’d want to get hormone sensitive super foods or super foods that interact with that metabolic pathway, which would be for example, I3C, indole 3-carbinole. Which is one of the medicinal phytonutrients constituents of broccoli. The cruciferous vegetables, so I would immediately start doing that.

If it were prostate cancer, I would also really up my dosage of resveratrol and zinc. Both of those things are very useful for prostate-cancer prevention. You can get zinc in pumpkin seeds. So I would probably increase my intake of pumpkin seeds. There are also pumpkin seed proteins out there that maintain many of the phytonutrients of the pumpkin seed. So, I would start to become a pumpkin-seed-protein smoothie guy with a lot of resveratrol. I would also eat red grapes with their seeds. I would specifically chew on the seeds to release the many beneficial nutrients.

We rely on health heroes like yourself to help us spread the word on important, life saving information. Please share this video with friends and family.