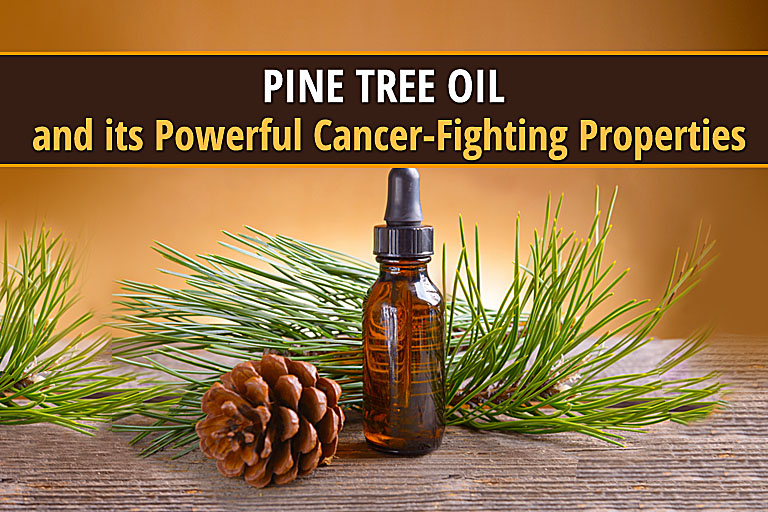 The historical significance of this fragrant evergreen dates back hundreds of years, and not just as a feature for celebrating the Christmas tradition. Pine trees and the needles they produce are just as much a prickly, earthy source of natural medicine as they are redolent of a brisk walk in a mountainous forest. Science now suggests that their extracts might also be an effective weapon in the fight against cancer.

When French explorer Jacques Cartier first arrived by ship in 1535 to what is now known as Quebec, Canada, he and his men learned very quickly about the healing power of pine tree needles. Stricken by scurvy, Cartier and his men were taught by natives of the land that steeping pine tree needles and bark into a tea cured this debilitating disease, which is now recognized as being caused by vitamin C deficiency.

Research conducted several hundred years later uncovered the presence of other healing nutrients in pine needles (which is present in pine tree oil) such as flavonoids, procyanidins, and proanthocyanidins, which native people groups have been utilizing for centuries (without actually knowing these nutrients’ names) to treat conditions such as poor circulation, joint pain, and vision problems.

Turpentine Comes from Pine Trees and it Targets Cancer

Today, science is looking at how pine tree oil might be useful in preventing and treating cancer. One paper published in the journal Prostate back in 2008 found that oligomeric proanthocyanidin complexes, or OPCs, taken from maritime pine bark target a prostate cancer cell line known as LNCaP. Not only did the LNCaP cells cease to spread as a result of the pine, but they also ended up dying. 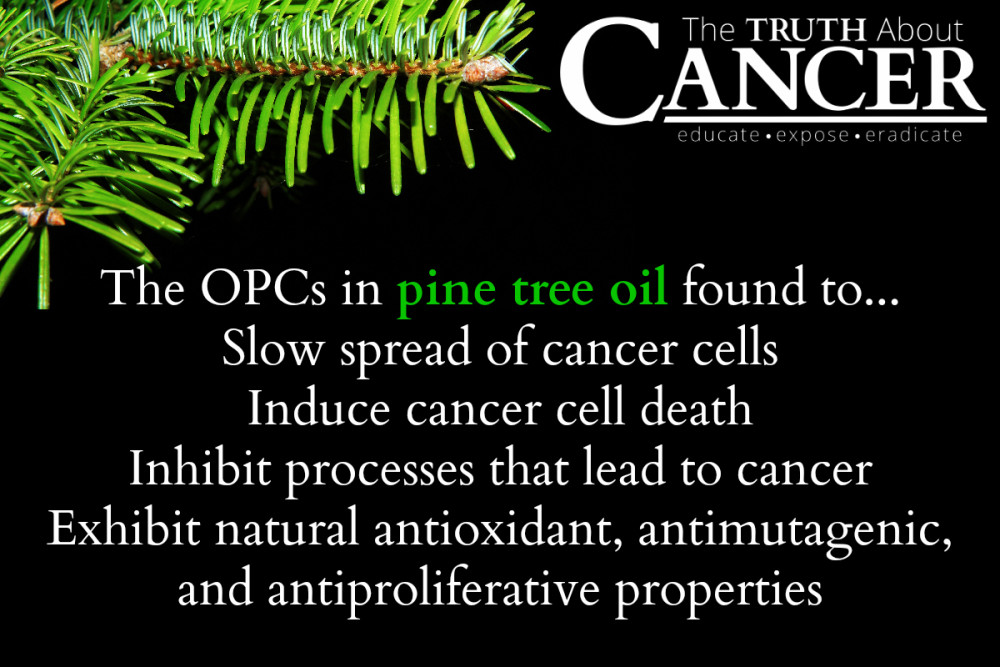 Another study published several years prior in the journal Nutrition and Cancer found that pine needles of the Pinus densiflora variety inhibit many of the processes by which cancer forms in the body. This same pine variety was also found to directly block the growth of a multiple cancer cell lines, including MCF-7, SNU-638, and HL-60.

Here’s what the authors of this study had to say about their findings, which they declared show that pine exhibits a strong antioxidant, antimutagenic, and antiproliferative effect on cancer cells:

The oil of terebinthine pine, also known as “terebinthe,” is another recognized anti-cancer elixir. It’s a stimulant both of the prostate gland and the uterus, and it also helps mitigate adrenal fatigue and balance hormone production. And if the name sounds similar to turpentine, that’s because it is: turpentine pine resin is among the most regarded anti-cancer remedies in ancient folklore, demonstrating benefits in cancers of the liver, breast, spleen, rectum, tongue, and more.

←
Previous
Stage 4 Pancreatic Cancer Patient Alive for 32 Years (video)
→
Next
What Does an Iodine Deficiency Have to Do with Cancer? (video)