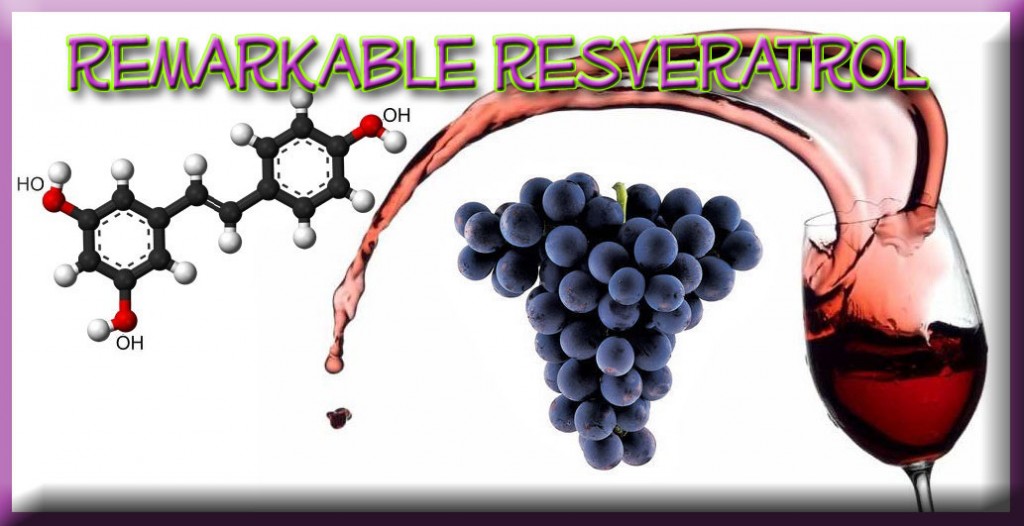 Resveratrol is a “polyphenol” found in the skin of dark grapes that is produced naturally when the plant is under attack by pathogens such as bacteria or fungi.

Polyphenols are often associated with compounds that are antioxidants. This is because they can react with free radicals to form a more stable molecule; one that is less toxic than the original radical. Since resveratrol’s prime function in nature is to protect the fruit against pathogens, it only makes sense that it would exhibit potent anti-fungal activity in the human body, which it does. It also destroys candida albicans.

Reseveratrol has been shown to exhibit “selective toxicity” toward cancer cells. How? Reseveratrol is virtually non-toxic since, after oral ingestion, it is quickly metabolized by the liver, attached to a detoxification molecule called “glucuronate,” which renders it harmless. However, at the tumor site, the resveratrol is unzipped by an enzyme called “glucuronidase” that uncouples it from the glucuronate and makes it available to “go to work” on the cancer cells. 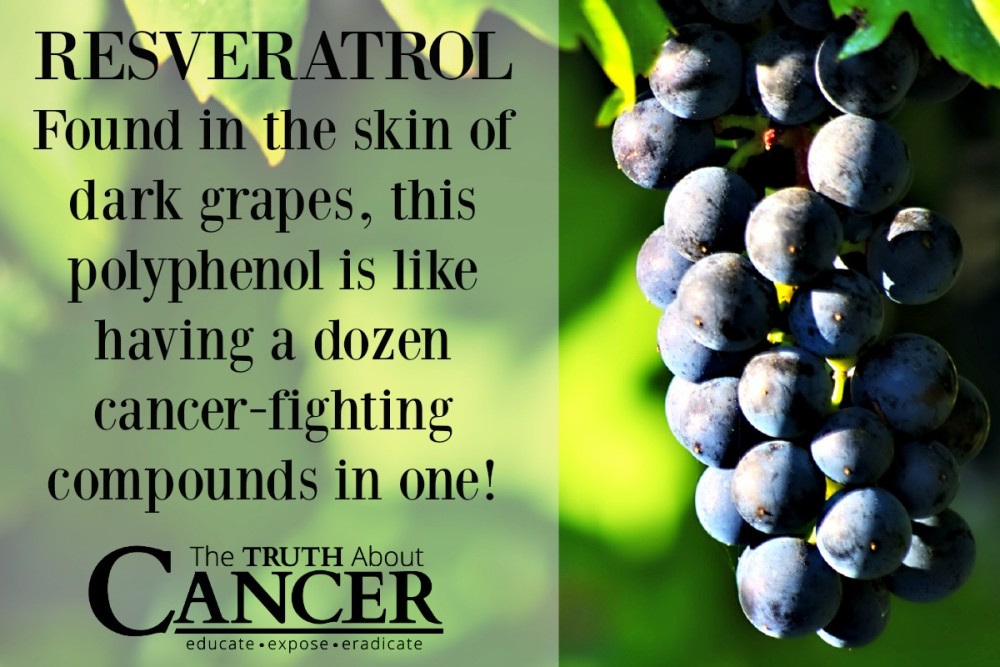 In studies published in the March 2004 Anticancer Research, resveratrol and curcumin impeded tumor cell growth and induced apoptosis in neuroblastomas (brain cancer) by activating the p53 gene pathway. In addition to inducing apoptosis, resveratrol appears to kill off cancer cells by depolarizing (i.e. demagnetizing) mitochondrial membranes (the energy source) within tumor cells, which results in a decrease in the cell’s potential to function. Resveratrol is a dozen cancer-fighting drugs all wrapped up into one. It is another of God’s natural cancer killers and fights cancer in so many ways that researchers can’t find a cancer-promotion pathway it doesn’t inhibit.

It has been suggested that resveratrol underlies the phenomenon known as the “French paradox,” which is the unexplained fact that the French, who have the same cholesterol levels as the rest of us, have only one-third the rate of heart disease. Why? Because the French drink wine with meals, and red wine contains a high concentration of resveratrol. The W.H.O. has suggested that resveratrol can reduce cardiovascular risks by up to 40%, since it blocks platelet “stickiness,” prevents oxidation of LDL’s, reduces triglyceride levels, and (most importantly) reduces tension levels, thus relaxing and dilating the arteries. Other beneficial effects include increases in collagen synthesis and amelioration of depression.

To date, no side effects, toxic symptoms, or drug interactions have been reported in connection with resveratrol consumption. Not surprisingly, resveratrol has also caught the eye of several Big Pharma companies who are already trying to capture its benefits in a synthetic, patentable, and expensive drug. My prediction: it will NOT work. Any time man tries to modify what God made and “improve” on His creation, never works!