Video Transcript: Is the Standard Cancer Treatment Killing Us?

Ty Bollinger: What do you think about the quote I have heard many times from several doctors that most cancer patients today actually die from the treatments as opposed to the cancer itself?

Dr. Bradford Weeks: That is not a new idea. That has been clearly described in many publications. It’s not surprising because these are toxic treatments. What I say to my clients when they go to see an oncologist is, ask the oncologist a couple of questions. Number one… Ask the oncologist how they plan to take care of the patient while killing the cancer?

And it’s the same thing in cancer. “I killed the cancer tumor,” but the patient dies a terrible, terrible death in the process. It’s not okay. It’s not the best we can do.

Ty Bollinger: Because the tumor is a symptom of something that’s gone wrong in the body, right?

Dr. Bradford Weeks: We talked about this a little earlier. Samuel Hahnemann, who is a medical doctor who actually was so frustrated with the standard of care in his day he gave up his medical practice. He gave up his MD. And he went in and informed a whole field of medicine called homeopathy, which is a whole other topic. It’s a very fruitful study about healing. And one of his favorite quotes is that “the symptom is a healing gesture.” 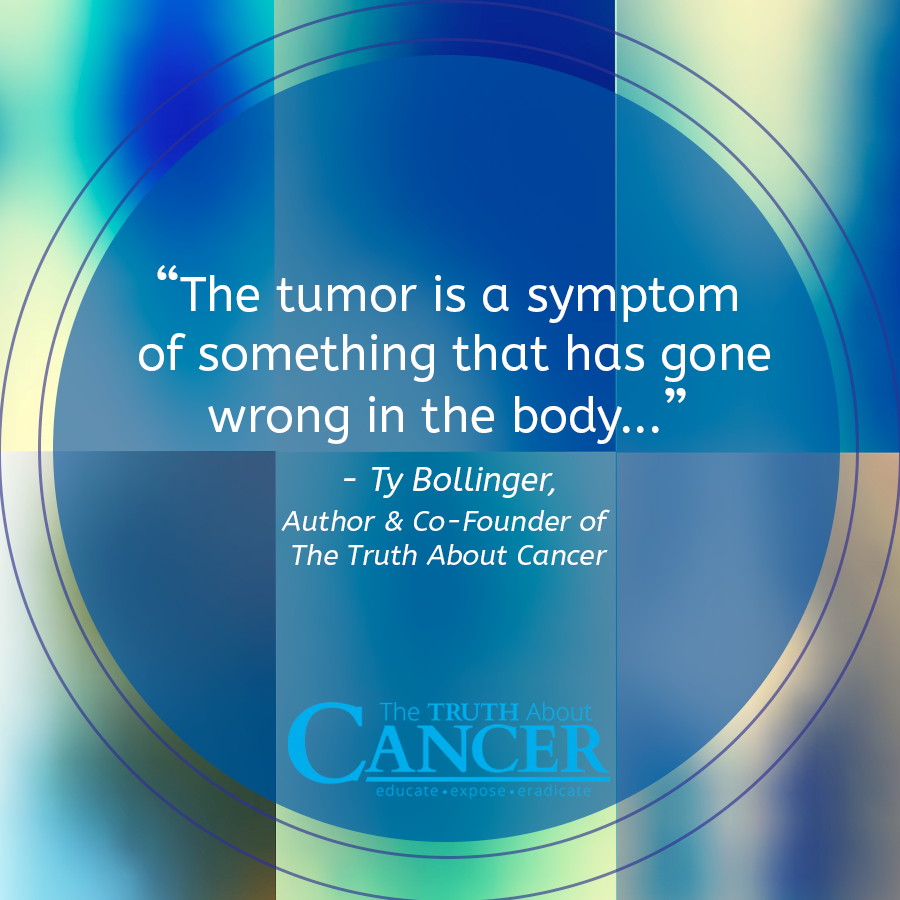 The body is no dummy. If the body is doing something, it’s probably a wise thing.

It’s maybe not a permanent solution. It’s maybe a stop gap solution, like a fever. Fortunately if a child has a fever, guess what? The human being can live at a high temperature or a low temperature, but certain bacteria can’t. The fever is a naturally, tremendously beneficial symptom which can help the child get healthy.

Which is why after a fever our language says “I feel better.” Nobody says “I had a fever and I’m feeling like I felt before the fever.” It has been a cleansing, detoxifying process.

Of course, too much of a symptom can be, if not lethal, certainly terrible. Helen Keller is a classic example of too much of a fever. I’m not advocating for excessive symptoms, but I am saying if the symptom happens the body should pay attention. Often it is the, if you will, the auto-pilot telling us dummies, “hey you’re not doing something right.”

Cancer can be seen as a symptom as a healing gesture.

←
Previous
Bayer-Monsanto: A “Marriage Made in Hell”?
→
Next
The Truth About Cancer Book Excerpt: Essiac Tea

Dr. Weeks completed undergraduate studies at Dartmouth College (major: Political Philosophy) then, prior to medical school training at the University of Vermont, Dr. Weeks worked in the Harvard system doing two years of research at Massachusetts General Hospital’s mineral metabolism unit working on osteoporosis (calcium, magnesium and vitamin D). In addition, he studied nutrition (including macrobiotics with Mishio Kushi in Brookline, MA), acupuncture, massage (shiatsu), music therapy (Tomatis method, power of chant), Anthroposophical medicine and classical homeopathy. Medical school at the University of Vermont was followed by medical internship (1 year) and psychiatric residency at Dartmouth Hitchcock Medical Center (3 years). He is a specialist in psychiatry and developed the field of “corrective medicine and psychiatry”.