You are here: Home / Cancer Prevention / Teaching the body’s own immune system to recognize cancer and eliminate it (video) 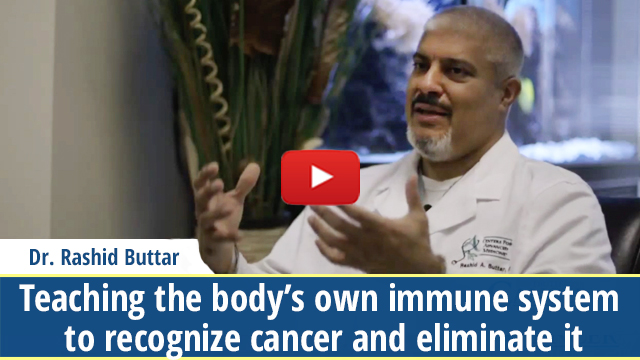 In this video with Dr. Buttar, I discovered how he deals with cancer using the AARSOTA protocol system, which is an acronym for Autogenous Antigen Receptor Specific Oncogenic Target Acquisition. Now that is a mouthful, but a very successful method for teaching the body’s own immune system to recognize the cancer and eliminate it. Not only eliminate cancer on the first round but keep it out of the body so there are no recurrences.

←
Previous
Does Milk Lead to Prostate Cancer?
→
Next
How Serious is Cancer of the Uterus?