You are here: Home / Nutrition / Food & Drink / The “Juice Lady” on Juicing for Health Benefits (video) 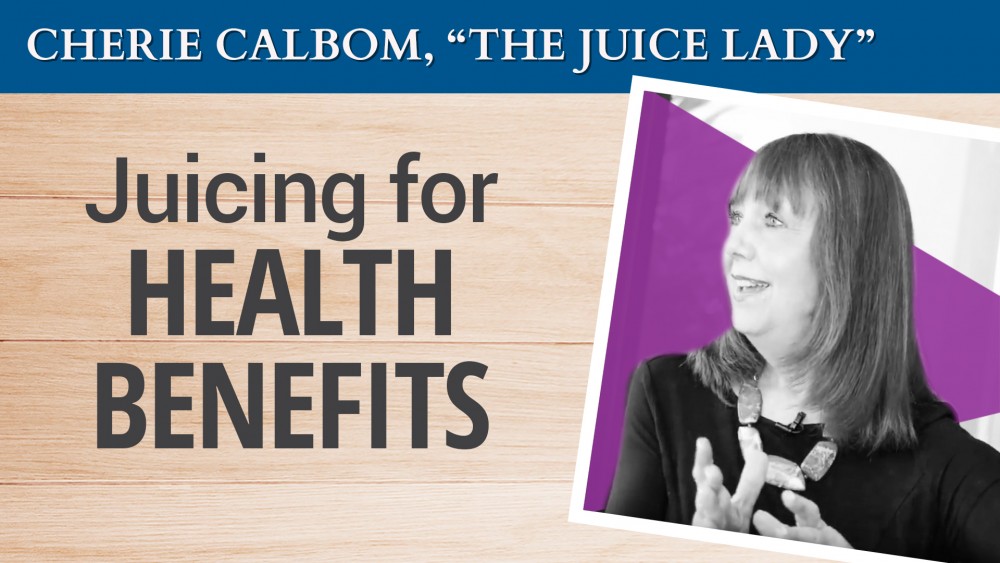 Ty Bollinger: That’s something that, a lot of time when I’m talking to people about juicing they’ll say, “I couldn’t live on just juice.” But you’re not saying just juice. One of the things that people will say is that, “I’d be hungry if I just drank juice.”

They don’t realize that all the nutrition is what your body is searching for and when you juice you’re getting it and you actually are satisfied. Whereas if you go up to the fast food joint down the street and you eat 2,000 calories of empty food with no nutrition you’re going to be hungry soon because your body didn’t get nourished.

Talk about the difference between fake food and real food as far as nourishing your body. 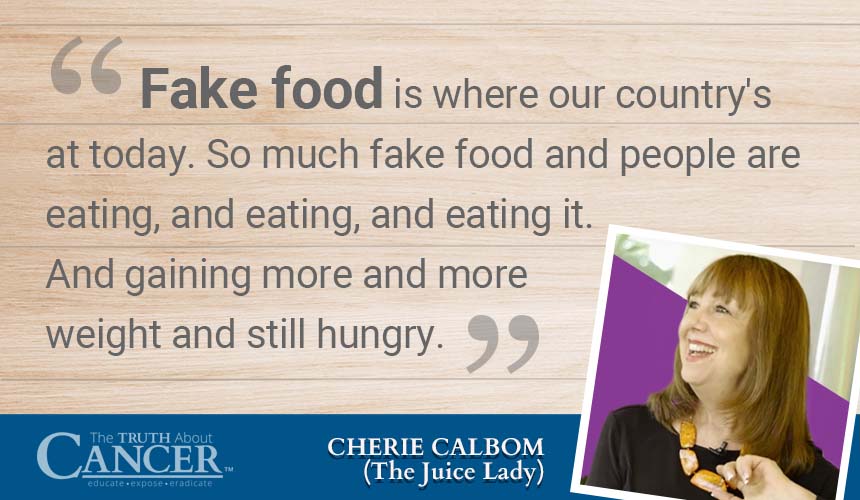 Cherie Calbom: Fake food is where our country’s at today. So much fake food and people are eating, and eating, and eating it. And gaining more and more weight and still hungry. And often people will say to me, “I’m hungry, like maybe a couple hours after dinner I want something more.” So they have a bowl of ice cream or a couple of cookies or something. Your body is not needing that by any means. But people are very hungry in this nation. Overfed, as we say, and under nourished.

When it comes to juice it’s just the opposite. We don’t have a lot of calories but we have a huge amount of nutrients. It’s very nutrient dense, and so people are getting a powerhouse of nutrients that are sustaining for the body.

I have a great story to tell of a lady who came to our juice and raw foods retreat, who had been through chemo and it had burned her esophagus. And really the whole pipe from top to bottom was very irritated. She had to use a feeding tube. She was very concerned about coming to our juice and raw foods retreat as to how this was going to work with the feeding tube and would she lose more weight.

I’m going to make the story really short. She was able to start right with dinner. The juice cocktail that we served the first night had everything. She never had to use the feeding tube once and gained two pounds when everybody else was losing.

And if you need to gain a pound or two you probably will. Just like she reported to me at the end of the week she felt like a brand new person and had put on two pounds. Everybody else had lost five to ten pounds.

Are you juicing for health? What benefits have you noticed? Please share in the Comments section below.