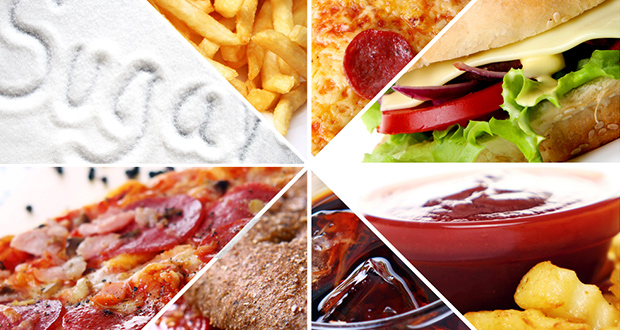 You know the seriousness of cancer. You know the toll it takes mentally, emotionally, financially, spiritually, and physically. It causes stress in your own mind and body as well as in your relationships with friends and family. Cancer treatments can make it hard to do the things you’ve always done as a human being, a parent, or an employee.

There’s nothing in your daily existence that cancer doesn’t touch. It’s an exhausting villain to fight and it wipes you out in so many ways that are hard to explain to people who haven’t felt the impact of this horrific disease in their own lives.

What if I told you there was something you could do right now to cut your cancer risk in half? That’s right, in half!

If you knew there was a way to prevent cancer from ever invading your life and turning it upside down… would you do it?

“An ounce of prevention is worth a pound of cure.”

At The Truth About Cancer we talk a lot about what causes cancer, and the foods that fight cancer and lower your cancer risk. Now I’m going to talk to you about known, scientifically proven, cancer causing foods that actively increase the chance that you’ll be diagnosed with cancer in your lifetime.

There are cases where it strikes quickly but it is more common when cancerous tumors manifest after years of specific habits. Good examples of this are smoking, exposure to radiation (i.e. from cell phones), and overexposure to ultraviolet rays, which result in lung cancer, brain cancer, and skin cancer, respectively.

Experts estimate that more than half the cases of cancer are preventable with lifestyle changes.

In 2012, the World Health Organization (WHO) reported more than 14 million new cases of cancer… which resulted in more than 8.2 million deaths worldwide. They expect these numbers to skyrocket over the next 20 years by a whopping 70% globally!

The top 5 most-diagnosed cancers in men:

The top 5 most-diagnosed cancers in women:

I point this out because you’ll note that several of the most common (and aggressive) cancers have to do with your gastrointestinal system. The function of your body that processes the food you eat, distributes it around your body as needed, and does its best to dump the leftover toxins.

That makes it a major area of your daily life that dramatically affects your prevention – and ultimately your survival – of cancer. The food and beverages you consume, the fuel your body uses to fight disease, is critical to your overall wellbeing.

Some foods are worse for you than others and are increasing your risk of many conditions and diseases. While cancer is one of the worst, regularly eating the cancer causing foods in our top ten list can also lead to heart disease, diabetes, chronic inflammation, and so much more.

Understanding possible causes of cancer comes down to understanding the causes of gene and DNA mutations. Chemicals (like carcinogens), radiation, obesity, hormones, chronic inflammation, smoking, viruses, and a number of other factors have been found to be cancer causing.

In an interview with Bob Wright from the American Anti-Cancer Institute for my The Quest For The Cures docu-series, I asked him what causes cancer in cells. His reply was that “Cancer is caused by chemicals and radiation. You can explode that out to many different types of chemicals whether it’s what you put in your body, what you breath, what you eat, radiation from all sources − women from mammograms, from CT scans, from your cell phones, your cell towers, your Wi-Fi. Cancer is caused by chemicals and radiation, period.”

If Bob is correct that the primary causes for cancer are chemicals and radiation, then both of these factors can be greatly reduced through the food and lifestyle choices that you make. 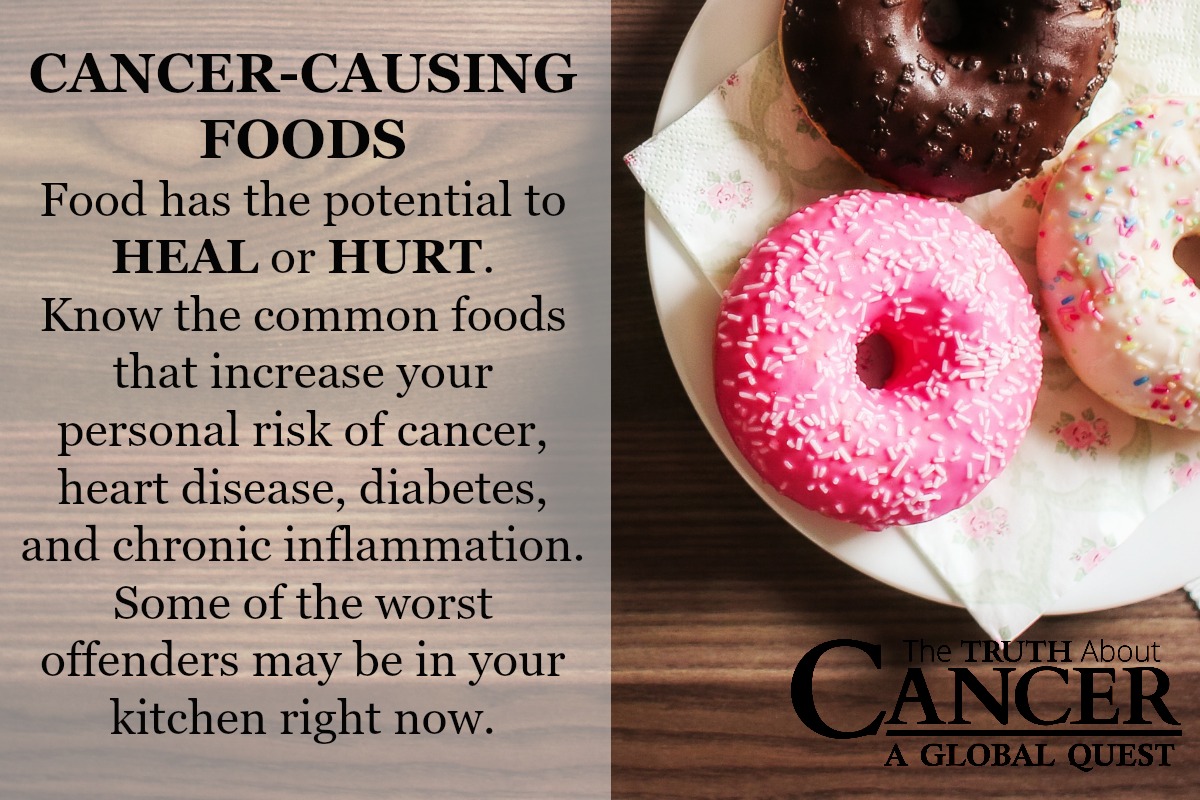 In addition to the 10 foods listed above, also be sure to avoid any food labeled as “diet,” “light,” or “fat-free.” In order to remove fat or natural calories, they are replaced with chemicals that are dangerous to your body.

Instead of consuming food products that manufacturers claim is “good for you” – follow these four anti-cancer diet tips to prevent cancer the easy way:

Not only will eliminating these foods lower your cancer risk, you’re going to feel (and look) better from the inside out. Now that you know what the top cancer causing foods are, what are you going to do about their presence in your kitchen and your daily eating plan?

Editor’s note: This post was originally published in January 2016. It has been updated and republished in December 2019 and 2020.