You are here: Home / Cancer Causes / Over Half of U.S. Cosmetics Are Toxic, Study Says 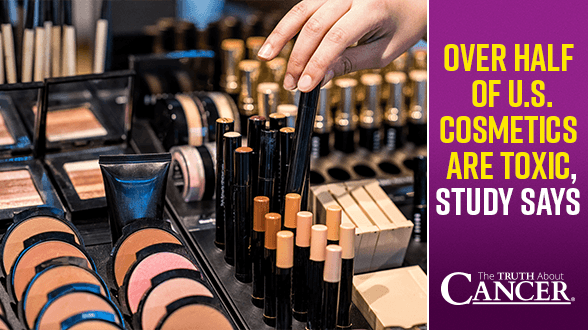 Women around the world have been using beauty products for generations. From foundations and blush to lipstick and mascara, these cosmetics have become a staple for the modern woman. But what if the very products designed to help you look and feel your best are actually killing you?

That’s the takeaway from new research out of Notre Dame, which found that over half of all makeup sold in the U.S. and Canada contain high levels of dangerous toxins.

One of these poisonous compounds has been associated with serious health conditions like cancer and reduced birth weight: They’re called perfluoroalkyl and polyfluoroalkyl substances, or PFAS.

The researchers tested more than 230 commonly used cosmetics and found that 56% of foundations and eye products, 48% of lip products and 47% of mascaras contained fluorine — an indicator of PFAS. These so-called “forever chemicals” are commonly used in nonstick frying pans, rugs, and countless other consumer products.

Some of the highest PFAS levels were found in waterproof mascara (82%) and long-lasting lipstick (62%), according to the study published in the journal Environmental Science & Technology Letters. Twenty-nine products with higher fluorine concentrations were tested further and found to contain between four and thirteen specific PFAS chemicals, the study found. Surprisingly, only one item listed PFAS as an ingredient on the label.

According to the EPA, the group of man-made chemicals are “very persistent in the environment and in the human body, meaning they don’t break down and they can accumulate over time.” That explains why they’re used in cosmetics, says Notre Dame study lead Graham Peaslee, despite only a fraction of the tested products listing a perfluorinated chemical on the label.

“They’re used basically to impart a water-resistance or a long-lasting effect, and that’s why we know that some of it’s intentional. If you look at regular mascara and you look at waterproof mascara, guess which ones have all the fluorine in it? It’s the waterproof ones,” Peaslee says. To that point, 47% of all the mascaras they tested had PFAS in them, compared to 82% of waterproof mascaras. It was a similar story with liquid lipstick, where 62% of them had PFAS, versus 55% of all lip products tested.

As Peaslee notes, previous studies have found that the average lipstick wearer eats anywhere from 4 to 7 pounds of lipstick in a lifetime. That’s worrisome, because even the CDC says that exposure to high levels of some PFAS can lead to an increased risk of kidney and testicular cancers, changes in liver enzymes, decreased infant birth weights, increased risk of high blood pressure and pre-eclampsia in pregnant women, increased cholesterol, and a decreased vaccine response in children.

A fact sheet posted on the FDA website says that, “As the science on PFAS in cosmetics continues to advance, the FDA will continue to monitor″ voluntary data submitted by industry as well as published research. (Likely with the same vigor as they “monitored” the opioid epidemic?)

But PFAS chemicals are an issue of increasing concern for lawmakers who are working to regulate their use in consumer products. The study results were announced as a bipartisan group of senators introduced a bill to ban the use of PFAS in cosmetics and other beauty products.

The move to ban PFAS comes as Congress considers wide-ranging legislation to set a national drinking water standard for certain PFAS chemicals and clean up contaminated sites across the country, including military bases where high rates of PFAS have been discovered.

“There is nothing safe and nothing good about PFAS,″ said Connecticut Senator Richard Blumenthal, who introduced the cosmetics bill with Senator Susan Collins of Maine. “These chemicals are a menace hidden in plain sight that people literally display on their faces every day.″

Elsie M. Sunderland, a Harvard professor of environmental science and engineering in the department of environmental health, says that – outside of the ingestion pathway – how well PFAS penetrate the skin isn’t well understood. Lohmann says that drinking water contaminated by PFAS or inhaling them is much worse than having Teflon particles in your eyeshadow, but per Peaslee, that doesn’t absolve manufacturers using PFAS in cosmetics. Because once a mascara with the ingredients goes into a landfill, for instance, the contents will wash out and enter the drinking water supply.

Inhalation is also a concern when it comes to aerosol sprays from brands like Living Proof, which uses a perfluorinated ingredient, OFPMA, in a majority of its products. While the brand claims that “OFPMA is thoroughly researched and regulators around the world confirm that it is safe to use — for you and for the environment,” Peaslee is less certain.

“Are they all toxic? Pretty much. Every one we’ve tested has been toxic, or bioaccumulative and persistent at least,” he says. “So we maintain a pretty strong line that we’ve never met a good PFAS yet.” Lohmann concurs: “Even compounds like OFPMA can cause problems once released. OFPMA will break down to smaller, very long-lived PFAS that will persist in the environment for hundreds of years.”

Representative Debbie Dingell of Michigan, who has sponsored several PFAS-related bills in the House, said she has looked for PFAS in her own makeup and lipstick, but could not see if they were present because the products were not properly labeled.

And that’s one of the biggest problems with today’s cosmetic options.

Putting aside the fact that manufacturers like Sephora and Ulta have been knowingly selling toxic product to women around the world, these companies have failed to women with any way of finding out.

According to one study, nearly 60% of women in the U.S. now scan their cosmetics for potentially harmful ingredients before heading to the checkout. But if the toxic ingredients aren’t listed in the first place, these consumers are shopping blind.

Because these chemicals don’t break down, it can be tricky to avoid them. When it comes to your makeup, however, there are a few red flags for which you should keep an eye out. One trick is to avoid products that claim to be “waterproof” or “stain resistant.” Research shows that these products are far more likely to contain PFAS than their standard counterparts.

Another way to protect yourself is to choose brands with a commitment to clean products and the track record to prove it. Below is a list of other harmful toxins that should show up on the label. If you see any of these ingredients on the bottle, it’s best to avoid that brand altogether.

As a woman (and the mother of 3 gorgeous daughters), this issue is near and dear to my heart. That’s why I set out on a mission to create a luxury, toxic free skincare line for women who care about their health and beauty. I launched my new line at TTAC LIVE! 2021 last month, and hope you’ll take a look! These products were carefully developed to ensure that there are ZERO harmful or toxic chemicals to be found.

According to the ToxicFree Foundation, a “Toxic Free” product “has been created without the use of any potentially toxic, carcinogenic, or poisonous ingredients that could be questionable in safety.” ToxicFree certified products are guaranteed to be completely free from harmful chemicals, contain only ingredients that are 100% natural and from the earth, and manufactured sustainably and are safe for the environment. 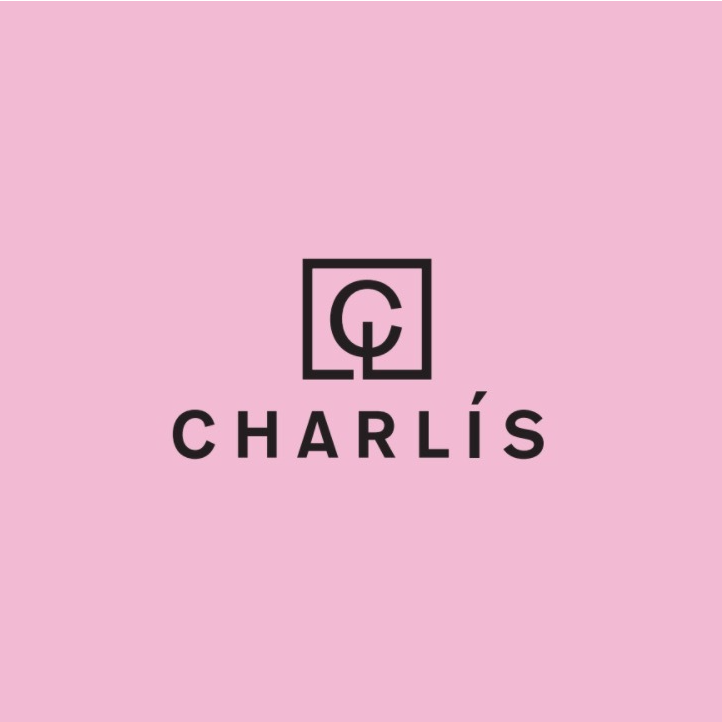