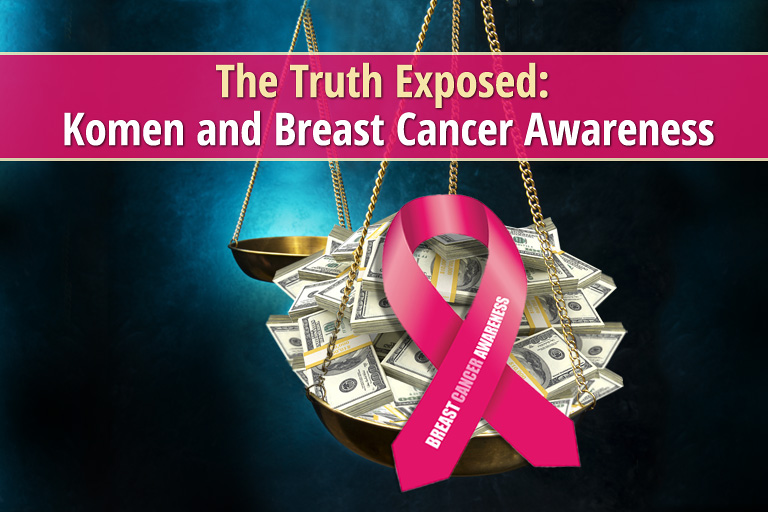 The 30th annual rebranding of October as Breast Cancer Awareness Month is now in full swing, which means “pinkwashed” consumer products are everywhere. Food manufacturers, media networks, and even sports teams have taken to plastering themselves and their products in bright pink paraphernalia. This is meant as a reminder to women everywhere to get their mammogram screenings – and more importantly, for us all to donate our hard-earned cash to breast cancer research. But is all this awareness, advocacy, and money hounding really making true advances towards curing breast cancer, or is it all just a ruse to separate well-meaning individuals from their paychecks?

The unfortunate reality is that no matter how you look at it, Breast Cancer Awareness Month is big business for the cancer industry. It gains a heck of a lot of new customers scaring women into participating in the great mammogram blitz – not to mention all the money made through corporate co-branding with various cancer “prevention” organizations.

Let’s look at the latest financial data released on Susan G. Komen for the Cure, one of the largest breast cancer charities in the world and owner of the iconic pink ribbon brand. The group brought in more than $228 million in revenues in 2014 (down from nearly $400 million in 2012). Roughly 80 percent of these revenues are spent on program expenses, while the other 20 percent is spent on administrative costs (employee salaries) and fundraising efforts (bringing more money into Komen).

Since its inception in 1982, Komen claims to have invested some $2.5 billion in breast cancer research and community programs. If this represents 80 percent of its total revenues (based on 2014 expenditure figures), we can assume that Komen has garnered about $3.125 billion in total funding since 1982, with $625 million going towards employee salaries and preserving the organization’s existence.

This is a hefty sum of cash we’re talking about here. And Komen is just one of many breast cancer research organizations that, collectively, rake in more than $6 billion a year from private mom-and-pop donors, corporate sponsorships, and everything in between. One would think that with all this cash-flow over the years, we as a society might have made a huge dent in reducing breast cancer incidence and improving survival rates. But we haven’t! This is mainly because of the intentional avoidance (by cancer hospitals, conventional doctors, oncologists, and cancer charities) in educating the public about even the very basics of breast cancer prevention.

Prevention campaigns are ignored because virtually all of this money goes towards programs and endeavors that have nothing to do with finding a cure for breast cancer, and everything to do with signing more women up for breast cancer treatment and management. Komen, the federal government, and the roughly 1,400 other tax-exempt breast cancer charities that operate in virtually every locale throughout America rely on a constant stream of funding. They use these funds to spread their deceptive message of “detect breast cancer early, because there’s not much else you can do.”

You’ll never hear about real strategies for breast cancer prevention from any of these groups, because prevention doesn’t get women (and men) marching down Main Street in pink sweaters, pink bracelets, and pink tennis shoes demanding more dollars from their friends, family members, and elected officials in order to “put an end” to breast cancer. Prevention also doesn’t pay the exorbitant salaries of folks like current Komen President and CEO Dr. Judith A. Salerno, who maintains a comfortable annual salary of $475,000 “raising awareness” about breast cancer.

Despite what Komen and others would have you believe, breast cancer mortality rates are nearly the same today as they were 25 years ago. This was when the breast cancer awareness campaign first started gaining momentum, evolving into the global fundraising movement it is today. In 1991, it is estimated that 119 women died every single day in the US from breast cancer. In 2015 that figure has decreased only slightly to 100 breast cancer deaths daily, despite supposed advancements in mammogram screenings and treatment protocols.

Breast cancer rates further reflect badly on the effectiveness of the awareness movement, as they’ve only continued to increase since the 1940s when metrics for calculating this type of data were first introduced. There’s only been one short period of time during the early 2000s when breast cancer rates showed a modest decrease, and this seems to have been a result of women getting fewer mammograms.

A 2013 study published in the Journal of the National Cancer Institute sheds further light on why this occurred, revealing that mammograms tend to increase the rate of false positives and results in unnecessary biopsies. 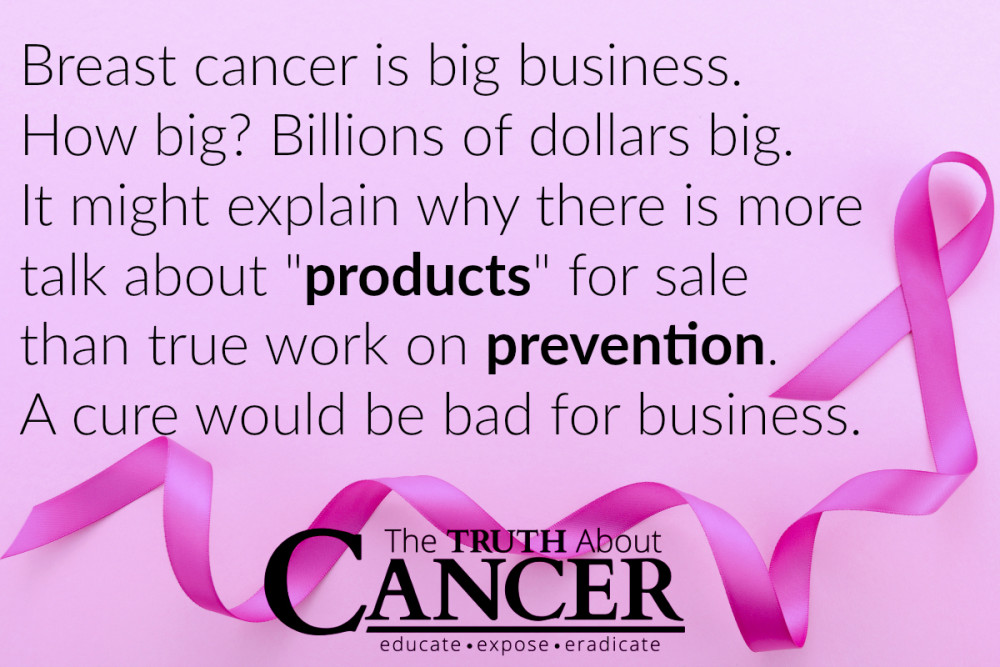 Oncologists Have a Financial Incentive to Sign Up More Cancer Patients

To make matters worse, the entire field of oncology (which deals with cancer patients) operates under a corrupt and antiquated “buy and bill” model of drug treatment administration. This model creates added financial incentive for oncologists to sign up (and diagnose) as many cancer patients as possible. Oncologists are the only type of doctors, by the way, who can legally purchase their own chemotherapy drugs directly from wholesalers and sell them to patients at an unregulated profit.

“In the United States, the sales of anticancer drugs are now second only to those of drugs for heart disease, and 70% of these sales come from products introduced in the past 10 years,” reveals a study published in the New England Journal of Medicine in 2011, illustrating the immensely lucrative nature of conventional cancer care.

An earlier study published in the journal Pharmacoeconomics in 2009 estimates that the average lifetime cost of conventional treatment for breast cancer patients ranges anywhere from $20,000 to $100,000. For breast cancer drugs specifically, this cost can exceed $5,000 or even $10,000 per month, which says a lot about where the loyalties of this industry lie.

These high dollar amounts represent a massive profit stream that oncologists and other conventional doctors would lose if prevention, rather than the “early detection through mammograms” model, were ever to become the recommended norm for women. Real prevention is also a threat to Komen and all the others on the fundraising backend, who would have no choice, but to massively trim their expenses (or even close up shop entirely) in the event that more women learned the truth about a healthy diet, detoxification, and exercise as the true path to breast cancer prevention. As of the moment, the status quo continues and pinkwashing prevails – unless you help us spread the word far and wide!

←
Previous
Why Essiac Tea Should be Part of Your Cancer Fighting Program
→
Next
Why U.S. Cancer Doctors Are Forced into Giving Chemo, Radiation, and Surgery to Their Patients (video)