You are here: Home / Cancer Prevention / Why the Increased Cost of Cancer Treatments Under Obamacare? 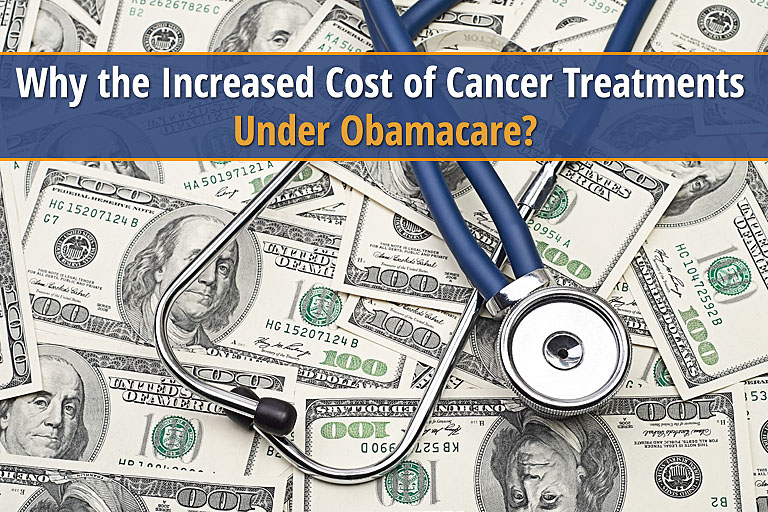 Despite billions of dollars invested in research, the incidence of worldwide cancer is still unacceptably high. What is Obamacare and the pharmaceutical companies’ answer to this crisis? They have decided to further financially squeeze US citizens in their time of true need.

As the choice of cancer treatments continues to be limited and sticker shock at available treatment costs sets in, many are already turning their backs on Obamacare and a mainstream cancer industry that never had the answers to begin with. The patients that do decide to stay in the cancer system are being forced to hand over their life savings for a false cure.

What you are about to learn may make you think twice about submitting to toxic drugs peddled by an over-hyped Obamacare plan.

Birds of a Feather Fraud Together

Nobody likes to be taken advantage of. When it comes to the health of you or a loved one, no price is too high to pay. However, in the early 1900s the Flexner Report ushered in an era of “Rockefeller Medicine” whose failed legacy was profits-over-people and the suppression of non-toxic cancer treatment solutions.

As the decades passed, an entire industry sprang up around the fictitious idea that cancer only responds to the cut, poison, or burn modalities. Obamacare and its drug company solutions are the modern-day fruits springing from the rotten roots of the Flexner Report.

It appears insurance companies under Obamacare have been given the go-ahead to fleece the public. Oregon’s largest health insurer recently gave the green light to a 25 percent increase in premiums. The state’s second largest insurer upped its monthly charge to consumers by 33 percent. Other insurance plans across the country are calling for similar increases for 2016. Not to be left out, the cancer drug manufacturers have made their move to secure maximum profit at the expense of the people under Obamacare.

The Price of Failed Answers

Making headlines currently is the vocal outrage of oncologists who are saying “no more” to the ridiculous price of cancer drugs being set by the drug companies. The IMS Institute for Healthcare Informatics recently released its findings that spending on cancer medicine worldwide reached a milestone $100 billion in 2014. This is up 10.3 percent from 2013.

Sadly, the United States accounted for 42.2 percent of that total spending. It is also important to note that, according to a report from the widely respected Commonwealth Fund, the United States has the worst healthcare in the developed world.

The case against the ridiculously inflated prices of inferior cancer treatments under an overpriced Obamacare plan seems only be strengthened by a study in Clinical Oncology. Tracking the five-year survival rate of adults with cancer that opted for cytotoxic chemotherapy, the study found only a 2.1 percent increase in longevity. This is what led the researchers to this conclusion:

According to the most recent data form the British Journal of Cancer, one in two people will face cancer at some point in their lives. So what can you do? The first step is to take personal responsibility and educate yourself on the root causes of why cancer manifests. The last thing to do is to wait until it is too late and you are forced to enter the endless merry-go-round of Obamacare cancer treatments and a drug company price monopoly.

Learn about your immune system. Understand the steps to take that will optimize its functioning. Take a close look at your diet. Are you making daily choices towards or away from cancer? Are you eating organic food? Do you know there are other options besides chemotherapy? How would doctors treat their own cancer? What is the best exercise to detoxify your body?

You can find the answers to these questions and more by simply going to The Truth About Cancer Youtube page for a growing list of videos offering quick tips and priceless answers from true experts.