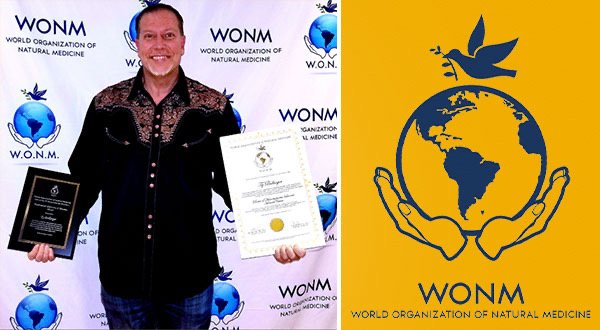 The acclaimed author, speaker and film producer was given the prestigious award at the WONM conference in Toronto.

Bollinger, a Tennessee-based author and film producer, is founder of The Truth About Cancer® organization, along with his wife, Charlene. After losing several family members to cancer (including Ty’s mother and father), they refused to accept the notion that chemotherapy, radiation, and surgery were the most effective treatments available for cancer patients.

They began a quest to learn all they possibly could about natural cancer treatments and the medical industry. What they uncovered was shocking. There is ample evidence to support the allegation that the “war on cancer” is largely a fraud and that multinational pharmaceutical companies are “running the show.” Together, they have made it their mission to educate the world about the multitude of natural and integrative treatment options available for cancer patients.

I am truly humbled and can’t tell you how much it means to be recognized and given this honorary degree,” said Bollinger. “I know that Mom and Dad would be proud if they could see how much good has come from their suffering.”

After presenting the honorary degree, Dr. McKenzie also presented Bollinger with an “Illuminated Diploma of Honor” award for his contributions to the betterment of humanity and his efforts to educate the world about health freedom. 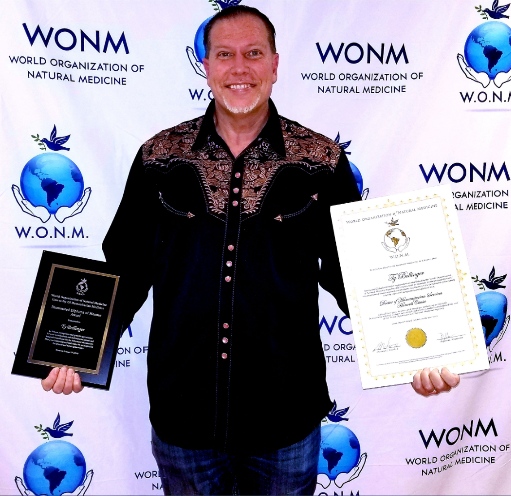 Upon receipt of this prestigious award, Bollinger said “I accept this award on behalf of my wife, Charlene, and my children. It is our family mission to spread the truth to the world. I am again, truly humbled.”

In 2016, Bollinger released the book The Truth About Cancer which hit #2 on the New York Times bestseller list the first week it was released and stayed in the top 10 for 12 weeks.

In addition to authoring numerous books, Ty and Charlene have produced several documentary mini-series (docu-series) including:

In total, these documentary films have been viewed by more than 20 million people worldwide.

Ty and Charlene speak frequently at seminars, expos, conferences, and churches. Their message is clear: CANCER IS NOT A DEATH SENTENCE. THERE IS ALWAYS HOPE.