Charlene Bollinger: Do you want to learn how herbs may help cure cancer?

Ty Bollinger: Watch today’s video with Manuela Boyle and learn more about how Ayurvedic herbs should be part of your anti-cancer regimen and how they have been used for hundreds of years.

Dr. Manuela Boyle: So, what is cancer according to Ayurveda? Well, it’s really about—it’s described as an inflammatory or non-inflammatory swelling. So, they refer to it as a swelling, as a growth, a swelling. Either inflammation-based or known inflammatory. And it’s—there are other definitions here.

You can say it is about, it’s considered a minor neoplasm or major neoplasm depending on the size of the swelling. And then what they say is that, really, at the end of the day, the three areas, the Vata, Pitta and Kapha, need to be in balance in order for us to be cancer free—not to have cancer. If one of them is out of balance, the other two can overcome, can balance it out. But if it is the three of them out of balance, then it becomes a problem.

So, there are six stages of malignancy. We have aggravation, accumulation, overflow, relocation of the cancer, of course, the build up in a new location – and we’re talking about metastasis here – and manifestation into a recognizable disease. This is how, hundreds of years ago, cancer was thought of to be. Aggravation, the three major parts of our body going completely out of balance and then creating a disease.

In Sri Lanka, where we have this amazing state-of-the-art clinic, amazing! Super modern, super amazing. There are also many Ayurvedic hospitals. People can choose. 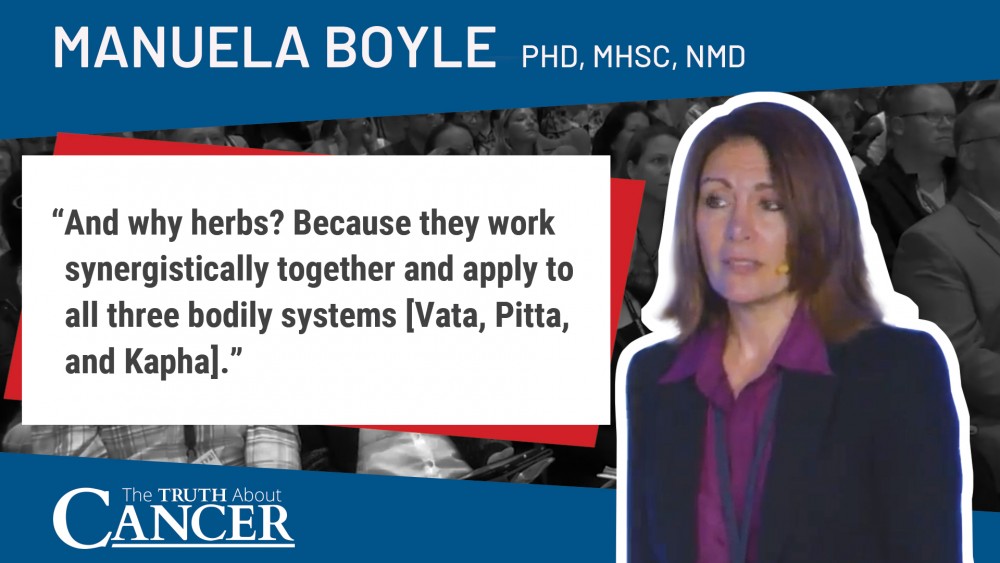 And most of all, cancer is considered an adversary of modernization. And yes, it’s a lot to do with the sociocultural life dominated in the Western—or certainly proposed in the Western society.

So, the studies were being conducted—many of those studies being conducted started in 2002 with this gentleman here, Dr. Pandey, who collected data on about 3,000 plants. Three thousand plants, right? And all of them were found to have some proof of their anti-cancer ability. And, like I said before, they are divided, those herbs, divided between what’s available for minor neoplasm as opposed to what’s available for larger or more significant malignancy. So, the division was done in that manner.

So, remember, right? All three bodily systems, the Vata, Pitta or Kapha, they need to be, all three of them out of control in order to have malignant tumors. When there is one out of control then you know the other two systems can overcome, right? They can balance it out. The body has the ability to heal itself, and especially if there’s only one of those systems out of control.

So, it’s a lot that the body can still do and at that point it’s not considered malignant, it’s just considered an out of control situation. The principles about the—the scientific principle behind Ayurveda is that multiple herbs possess tremendous potential for cancer cure. So, herbs, herbal medicine, botanical medicine, which I’m very fond, and not only Ayurvedic by the way, I do pick herbs in a variety of different other systems, from Western as well as traditional Chinese medicine.

But, nevertheless, there are many herbs from Ayurveda that are highly—that are part of my practices. And why herbs? Because they work synergistically together and apply to all three bodily systems we were just seeing, right?

So, this is the only thing. No drugs (pharmaceutical drugs) can do that. Herbal has this multifaceted aspect that can actually apply and help, in fact, restoring balance. And don’t forget cancer is a multifaceted issue. So, herbals are the best you can use in that regard.

Ty Bollinger: Thanks for watching. We hope you liked today’s video!

←
Previous
MSM Covers the Important Role of Diet and Exercise in Cancer Prevention
→
Next
Is Coconut Oil Really a “Poison”? 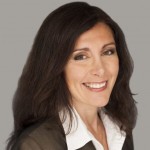 Manuela Boyle is an Australian Integrative Oncologist with board certification by the Institute of Integrative Medicine (USA). With over 20 years of clinical experience in Integrative Medical centres in Australia, Italy, United Kingdom and Singapore, she is a leading integrative oncology educator delivering training and mentoring to medical doctors and allied health practitioners. She is a regularly invited guest speaker at key conferences around the globe and is the published author of several peer-reviewed papers. In 2015, she was accepted as an external expert by the European Centre for Disease Prevention and Control in Stockholm, Sweden, an honorary position aimed to provide independent scientific opinions, expert advice, data and information and to maintain scientific excellence at all times through the best expertise available. She is the Director of Vingyana Integrative Oncology Clinic in Sri Lanka, a state of the art technology and residential medical centre, while maintaining her presence at her clinics in Milano, London and the Gold Coast (Australia).