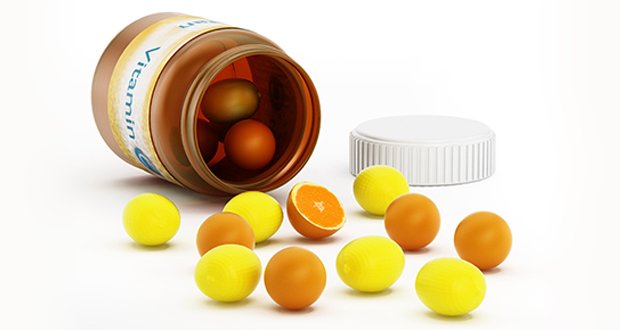 In the modern age, the concept of preventing and treating disease through nutrition has fallen by the wayside. What was once medicine has been relegated to (at best), an adjunct in favor of chemical-based pharmaceuticals, which are now the accepted standard of medical treatment. But a new study published in the peer-reviewed journal Science reiterates what science in the public (rather than corporate) interest has been saying for at least the past 50 years… that vitamins and minerals, not drugs, are what our bodies need for true healing.

Researchers at Weill Cornell Medicine in New York City investigated an alternative therapy that is often regarded as “quackery” by the allopathic community. This therapy has time and again proven itself to be effective in the treatment of certain forms of cancer. This treatment is known quite simply as vitamin C − a nutrient found primarily in citrus fruits like lemons and oranges. And it’s proving to be a major breakthrough in the eradication of cancer.

According to the study’s findings, vitamin C is highly effective in the treatment of colorectal cancer, which claims the lives of some 50,000 people annually. And it’s particularly effective in the treatment of colorectal cancers bearing both KRAS and BRAF gene mutations, which happen to respond quite poorly to conventional therapies − including chemotherapy. 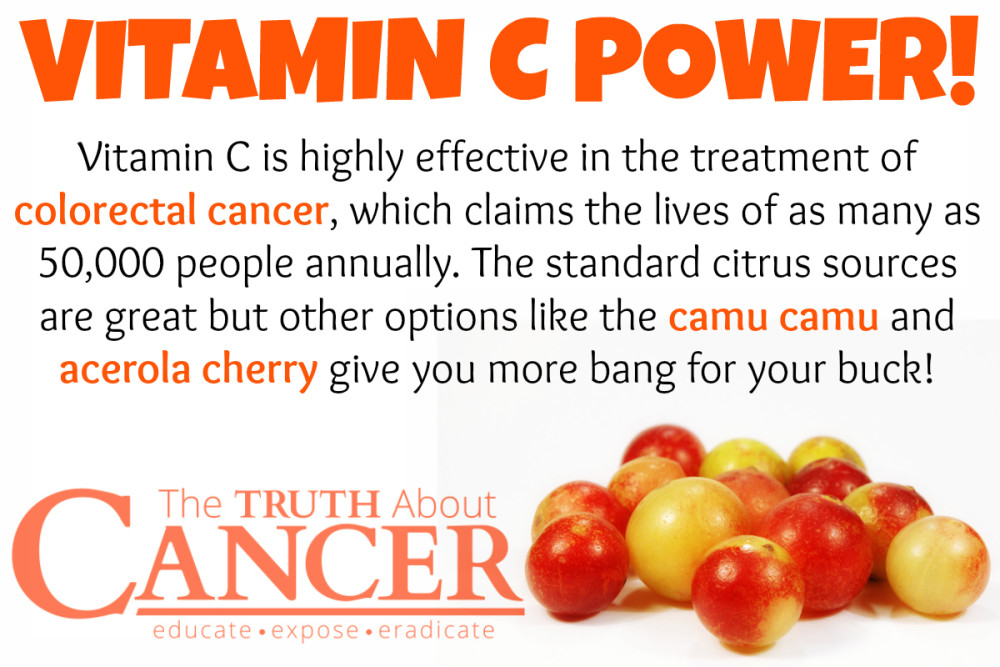 Lead author Dr. Lewis Cantley and his team learned that amounts of vitamin C equivalent to what you might find in about 300 oranges is enough to impair the growth of both KRAS and BRAF gene-mutated colorectal tumors. This army of antioxidants literally enters the malignant cells, prompting an attack response marked by so much oxidative stress that the cells burn out and die.

And they do this in a rather interesting way that was previously inexplicable by science. Rather than attack cancer cells directly, vitamin C compounds appear to convert into another oxidized substance known as dehydroascorbic acid, or DHA. The DHA tricks cancer cells into accepting it for entry. Only once it gains access, this DHA is converted back into ascorbic acid (a type of vitamin C), causing cancer cells to essentially commit suicide.

“The current study reveals that DHA acts as a Trojan horse,” reports Medical News Today. “Once inside, natural antioxidants in the cancer cell attempt to convert the DHA back to ascorbic acid; in the process, these antioxidants are depleted, and the cell dies from oxidative stress.”

This is great news for cancer patients, as it presents potential new options for longevity and survival that conventional medicine simply can’t offer. But there’s just one problem… the amounts of vitamin C needed to obtain these amazing therapeutic benefits can’t be obtained from basic oral consumption of vitamin C. This is because the human body is only capable of assimilating so much of this nutrient at one time into the bloodstream. 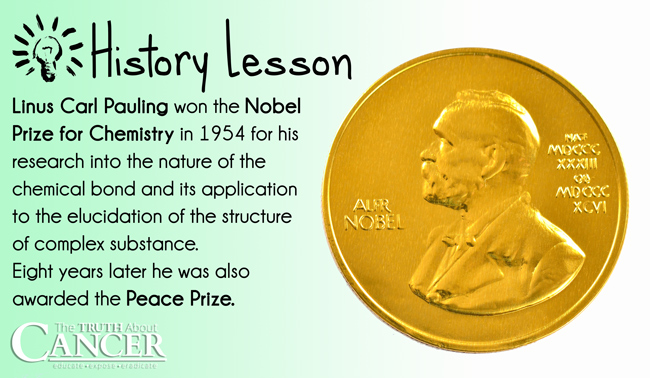 This is where the groundbreaking work of the late Nobel Prize winner Linus Pauling, a biochemist from Oregon State University, comes full circle. Pauling was among the first within the scientific disciplines to flesh out vitamin C’s many potential uses in modern medicine. This included its effectiveness as an intravenous treatment for cancer and various other major health conditions.

As it turns out, intravenous administration of vitamin C delivers far more of this important nutrient into the bloodstream than oral consumption, bombarding affected tissues and cells with disease-eradicating doses of this powerful, natural medicine. Pauling and his colleagues first pioneered this technique by administering it to more than 1,000 cancer patients, with incredible success.

Despite facing a constant tide of ridicule and slander from his less progressive colleagues, Pauling forged ahead. They laid the groundwork for what is now considered by many forward thinkers in the medical profession to be the gold standard for high-dose vitamin C therapeutics as a viable treatment for chronic and degenerative disease.

This isn’t to say that taking vitamin C orally is of no beneficial effect. To the contrary, high-dose oral intake of vitamin C at tapered doses (Dr. Hoffman says blood levels “max out” at about 500 milligrams (mg) doses) can help maximize your body’s immune system and aid in tissue repair. But when it comes to effectively treating cancer, intravenous administration is the only way to go.

Bypassing the body’s digestive buffers allows intravenous vitamin C to spur the production of hydrogen peroxide deep within bodily tissues. And with the help of disease-fighting white blood cells, this “peroxide-mediated” vitamin C, as Dr. Hoffman puts it, performs unique and key functions in the targeting and eradication of cancer cells wherever they might be lurking in the body.

Even the National Cancer Institute (NCI) is onboard with the science behind IV vitamin C therapy. It admits, based on laboratory studies, that vitamin C is capable of helping to slow the growth of cancer cells in the prostate, pancreas, liver, and colon. Both animal and human studies have also shown that IV vitamin C therapy can help block tumor growth and improve patient quality of life.

“IV vitamin C, when administered by a trained, experienced physician, is safe and well-tolerated, even at doses as high as 100,000 mg (100 grams) per day,” notes Dr. Hoffman. “Proper blood tests must be done to ensure that it is well-tolerated, and the patient must be monitored. Doses must be gradually adjusted upward.” 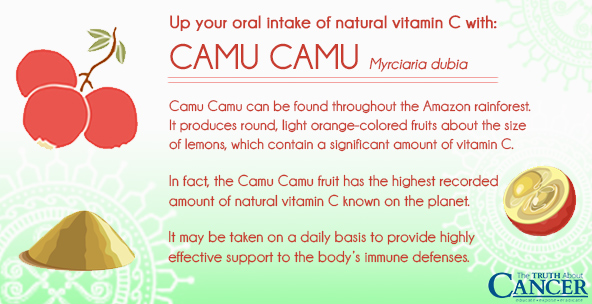 My advice if you currently don’t have cancer is to up your oral intake of vitamin C for prevention purposes. Citrus fruits are great for this, but “superfoods” like camu camu berry and acerola cherry are even better. Camu camu is said to have some of the highest natural, food-based levels of vitamin C − upwards of two grams of vitamin C per 100 grams of fruit!

If you or someone you love does have cancer, you may wish to investigate the merits of high-dose, IV vitamin C therapy as a possible cancer treatment option.