You are here: Home / Cancer Causes / If You Want Cancer…Just Light Up 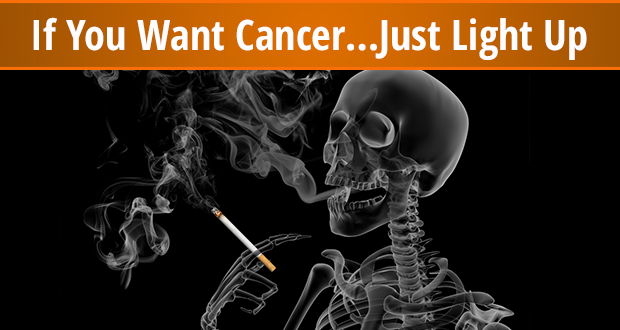 Life is complicated on any given day.  Faced with constant and often overwhelming information, it is easy to forget that even the simplest of choices can lead to serious repercussions in your future.

An excellent example is the decision to smoke.  Don’t worry, this isn’t going to be an article bashing smokers.  Smoking is a stressful, expensive, and physically damaging habit that is as difficult to kick as hard drugs.

You already know it’s bad for you.  You know because – if you’re a smoker – you are bombarded with anti-smoking campaigns at every turn.

You are not alone.  In the United States alone, more than 18% of the adult population is addicted to cigarettes.  That is more than 42 million people…just like you.

Smoking is not only physically addictive, it is psychologically addictive, altering the pleasure centers in your brain and rewiring what makes you “feel good.”  It is associated with other pleasurable activities such as socializing and drinking, which makes the habit even harder to quit.

There is a need, an indescribable feeling, an uncontrollable desire, to pull out a cigarette from your pocket, light it up, and give it a puff or two…observing the smoke as it is exhaled slowly from your mouth.

If you’re like most smokers, you probably huddle in a designated smoking area, no matter the weather, feeding a habit that controls you far more than you have ever controlled the habit.

However, it is the long-term effects on your body that make smoking a habit you need to remove from your life at any cost. It is the biggest obstacle to your health and the number one preventable cause of death and disease that exists.

Smoking accounts for 1-in-5 deaths annually in the U.S. – almost half a million deaths every year that are 100% preventable.

We all know someone who has a grandparent who “smoked and drank every day of their life and lived to 100 years old” – and those people exist.  They beat the odds.

The majority of smokers will not beat the odds.  Hoping you receive Grandpa’s constitution is a dangerous gamble.

Another consideration is that even unfiltered cigarettes forty years ago contained far less toxins than the cigarettes on the market today.  According to the American Lung Association, the average cigarette sold today contains 7,000 chemical additives – and 69 of those are known cancer-causing carcinogens.  That is why smoking damages every single organ in your body.  From your skin to your blood, your heart to your brain, and of course your lungs.

The most serious result of a cigarette habit is cancer.  For decades, the biggest cause of death by cancer is found in victims of lung cancer.  90% of lung cancer cases are smokers, ex-smokers, or people who were exposed to long-term secondhand smoke.

However, lung cancer is not the only type of cancer that cigarettes play a role in causing.  Cancers of the nasal cavity, throat, mouth, esophagus, stomach, pancreas, kidney, bladder, cervix, and some forms of leukemia have been linked to tobacco addiction.

Every cigarette increases your risk.  The only way to reduce your odds is to stop smoking. 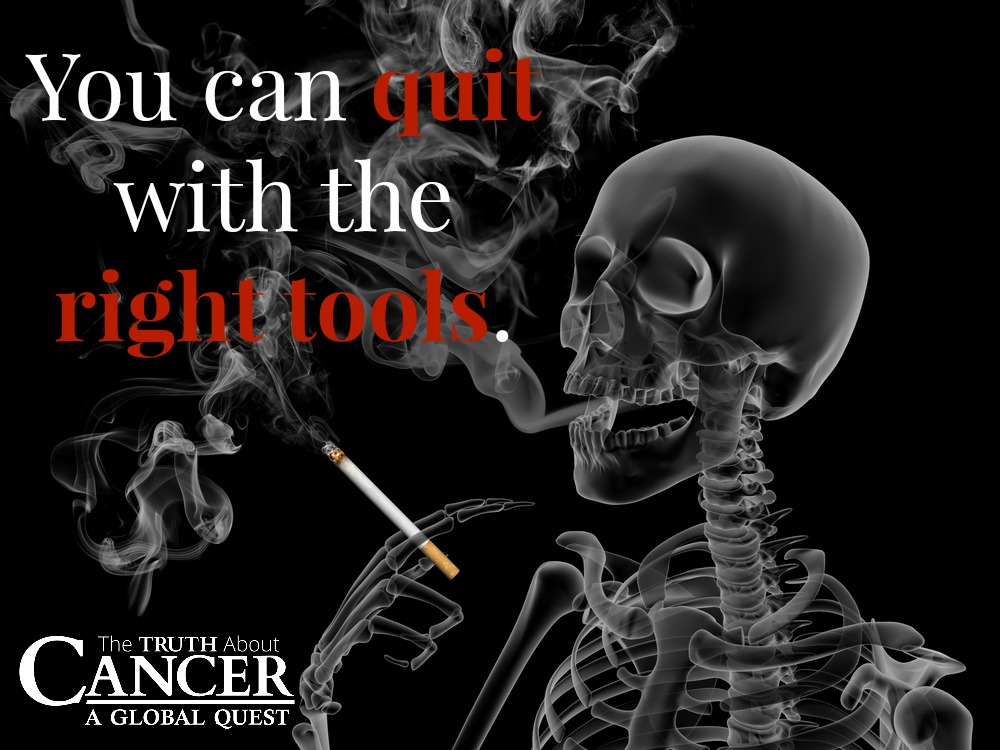 It is not easy to quit but there is help.  There are therapies available to support your desire to kick the habit.  Alternative nicotine delivery systems come in the form of nasal sprays, patches, gums, and lozenges.

Electronic cigarettes are also on the market but not enough data has been collected by independent sources to confirm safety.  Research to date has yielded insufficient evidence to support e-cigarettes as an alternative smoking device. In addition, the e-cigarette industry has taken the approach of vaporizing at a higher than necessary temperature to get more vapor or a heavier nicotine hit. Guess what …. when you over heat glycerin and nicotine, you create formaldehyde.

Cancer is a serious danger to your health and the risk is much higher if you smoke.  Check for a free program in your area to help you quit – there is one available in every state.

The benefits are incredible.  According to a report published by the United States Surgeon General, they are also immediate.

Don’t wait another minute…slay the dragon of tobacco addiction today.

←
Previous
Dealing with the Emotional Effects of Cancer
→
Next
Black Cohosh: A Possible Cure for Breast Cancer