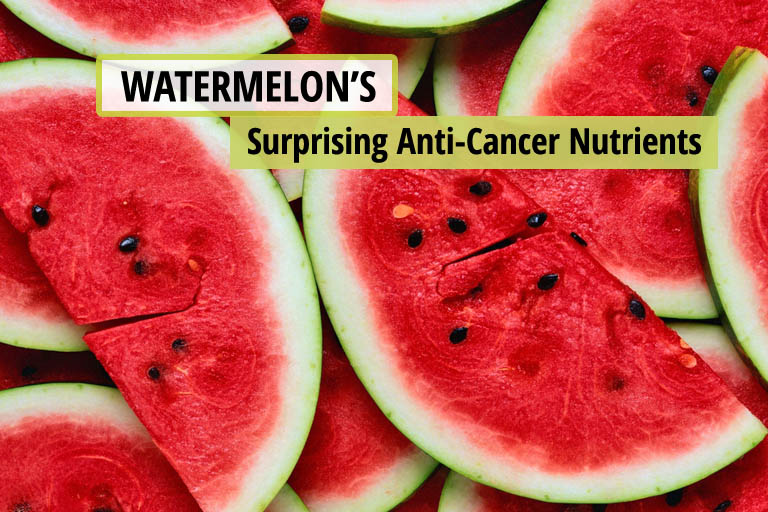 No other fruit screams “SUMMER” like a subtly crunchy, thirst-quenching, lip-smacking watermelon. That triangular wedge of bright red/white/green, sweet juiciness is enough to make children (and adults) jump for joy! Originating in Africa, watermelons were first cultivated in Egypt and were held in such regard that they were actually placed in the tombs of many Egyptian kings.

All over Egypt, testaments to their legacy were recorded in hieroglyphics painted on building walls. It’s not surprising that this juicy fruit (92% water) played such an important role in Egypt and the other Mediterranean countries. Since water was often in short supply in these areas, people could rely on watermelon to quench their thirst and provide essential nutrients to keep them alive.

Watermelons were brought to China around the 10th century and then to the Western Hemisphere shortly after the discovery of the New World. In Russia, where much of the commercial supply of watermelons is grown, there is a popular wine made from this tasty fruit.

Watermelon is not only great on a sweltering summer day, but this delectable thirst-quencher may also help quench the inflammation that contributes to conditions such as diabetes, arthritis, asthma, atherosclerosis, and even cancer.

Watermelon contains some of the most important antioxidants in nature, such as: vitamin C (which boosts the immune system), vitamin A (which maintains eye health), and vitamin B6 (which augments brain function). Watermelon is a very concentrated source of the carotenoid, lycopene. Well known for being abundant in tomatoes, lycopene is  present in high quantities in watermelons. As a matter of fact, watermelon has the highest concentration of lycopene of any fresh fruit or vegetable!

Lycopene has been widely studied for its antioxidant and cancer-preventing properties. In contrast to many other food phytonutrients (whose effects have only been studied in animals), lycopene has been studied extensively in humans and found to be protective against prostate, lung, colorectal, endometrial, and breast cancers. Lycopene has also been shown to help prevent heart disease.

Watermelons are rich in electrolytes (sodium and potassium), thus this “wonder fruit” nourishes your body by not only replacing the electrolytes lost through sweat, but also by hydrating your cells and maintaining the water balance within the cells. This increase in cellular function, in turn, boosts the metabolism and energizes the body. It appears that citrulline, found in watermelon, reacts with the body’s enzymes and is changed into arginine, an amino acid that benefits the heart, circulatory and immune systems. 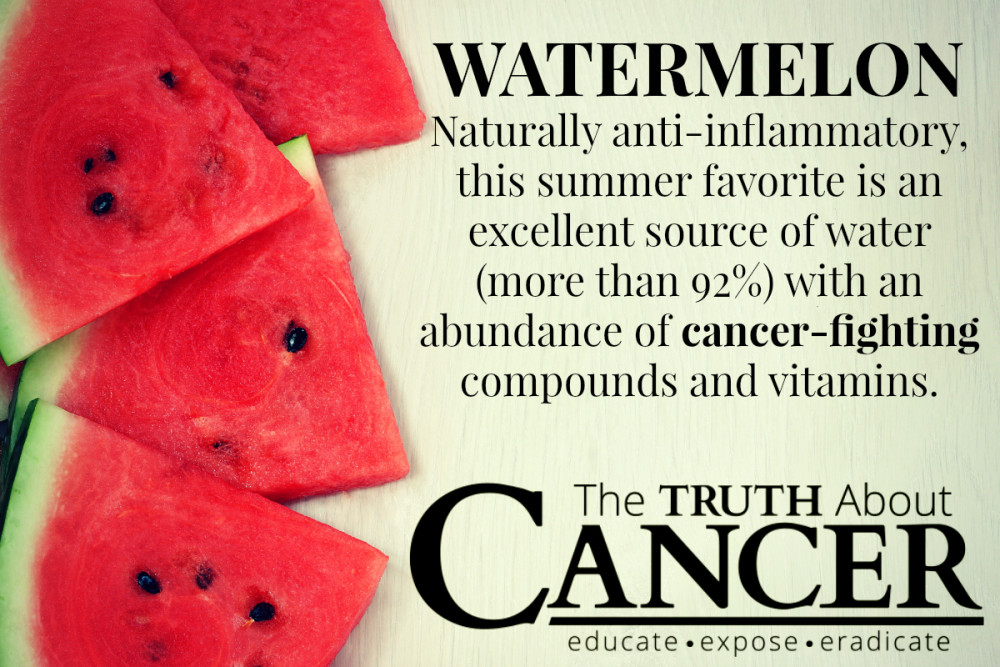 Arginine is a precursor for nitric oxide, which helps maintain arteries, blood flow, and overall cardiovascular function. And because this “wonder food” has a higher water content and lower calorie content than many other fruits (a whole cup of watermelon contains only 48 calories), it delivers more nutrients per calorie… an outstanding health benefit!

I’m constantly amazed at how much junk the typical child eats today. I coach little league baseball, and during the games, while in the dugout, it’s not uncommon for the boys to be eating candy (licorice, lollipops, gummy bears, jawbreakers, etc.) which are all full of HIGH FRUCTOSE CORN SYRUP! No wonder so many children today are obese!

Do your kids a favor… get rid of the candy and sweets and help them form good eating habits that will last the rest of their lives. One way to do this is to gradually remove the candies and desserts while integrating healthy substitutes into your diet.

Two amazingly refreshing summer snacks made from watermelon are watermelon smoothies and watermelon pops. For smoothies, cut a watermelon into small pieces and remove the seeds. Take about 2 cups of watermelon and put it into the blender. Add a cup of frozen strawberries and about a half cup of yogurt or kefir (or homemade almond milk) and a little honey (to taste). If you want it a bit thicker, add a frozen banana or even an avocado (try adding half an avocado to your smoothie and you’ll see how good it tastes). Blend and enjoy. For the watermelon pops, cut a watermelon into bite-sized pieces, remove the seeds, stick a toothpick in them and freeze. Enjoy!

Interestingly, the quantity of carotenoids from watermelon (particularly lycopene and beta-carotene) increases if the watermelon is stored at room temperature, according to a recent USDA study published in the July 2006 Journal of Agricultural and Food Chemistry.