You are here: Home / Cancer Treatments / Acupuncture vs. Opioids: The Best Choice for Pain Relief 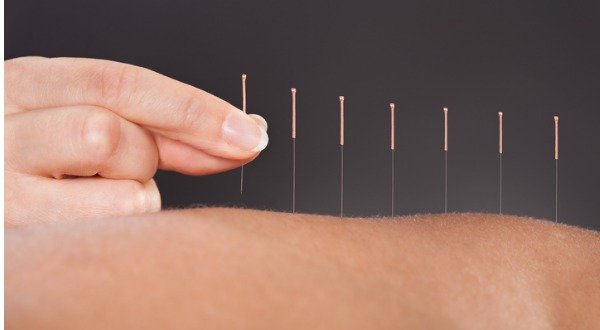 The reported overdose of pop singer Demi Lovato in July 2018 brought the opioid crisis in America back into the spotlight. According to the Center for Disease Control, there were 66,632 total drug overdose deaths in the United States in 2016 and 42,249 deaths linked to opioids.

A major part of the effort to address the increasing crisis focuses on alternative treatments. With chronic pain in particular, the risks of opioids are tremendous, including abdominal distention, liver damage, and hypoxia in long-term users. One alternative pain treatment has been around for millennia: acupuncture.

An ancient Ayurvedic Chinese medicine, acupuncture has been embraced by Western culture in recent years. Research shows acupuncture to be especially effective in treating headaches, back and neck pain, and pain from osteoarthritis.

Healthline reported several promising initiatives that have successfully reduced the use of opioids in pain management.

States looking to cut opioid prescriptions have been experimenting with extending Medicaid coverage for acupuncture as another option for pain treatment. Rhode Island, Oregon, and Ohio all have programs that extend coverage in part.

When Vermont commissioned a small pilot study on acupuncture for chronic pain in its Medicaid population, it concluded that 32 percent of people taking opioids for pain cut back. They were eligible for up to 12 treatments over two months.

The U.S. Department of Veterans Affairs has trained more than 2,800 providers of “battlefield acupuncture,” a protocol that involves the ear to relieve pain.

According to Charles Levy, a doctor at the Gainesville VA center in Florida, the protocol has helped with headaches, acute and chronic back and musculoskeletal pain, and neuropathic pain.

This is great news, since making acupuncture more available and affordable is an important step in addressing the opioid crisis. Beyond serving as a viable substitute for hard drugs, acupuncture has also been shown to help people with nerve damage, tame nausea, promote weight loss, and effectively treat tinnitus.

In a double-blind clinical trial published by Caspian Journal of Internal Medicine that concluded in 2015, acupuncture was found by researchers to be effective “in reducing the loudness and severity of tinnitus and can be a useful treatment for nonpulsatile chronic tinnitus.”

If you’re dealing with chronic pain, headaches, or other problems, consider acupuncture before swallowing that next pill. Your body will thank you.

Discover more about the benefits of acupuncture here.

←
Previous
Introduction to Ayurveda and the 3 Doshas (video)
→
Next
PEMF Therapy: Radiation That Heals Rather Than Harms