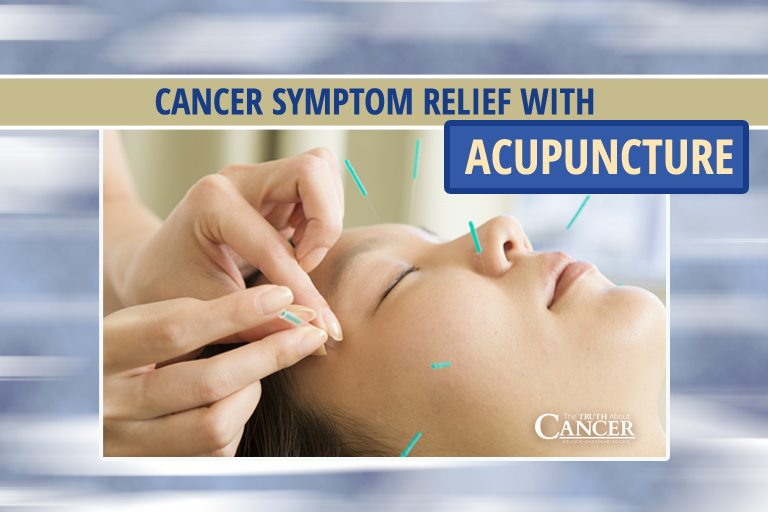 Acupuncture has been in existence for thousands of years as a component of traditional Chinese medicine (TCM).  It is an ancient technique involving the use of fine needles at varying lengths, which are inserted into specific acupressure points in the skin.  Although acupuncture involves the use of needles, it is not painful when executed by a skilled acupuncturist. 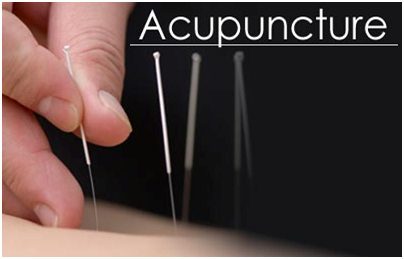 With the proper needle insertion along the body’s acupressure points, acupuncture helps to treat particular conditions by realigning Qi.  Qi is regarded as one’s vital energy and a disruption to its flow is said to cause illness.

The goal of acupuncture is to restore the healthy energy flow by controlling pain and other symptoms of a particular illness.  However, in traditional Chinese medicine, acupuncture works best when combined with a proper diet and herbal medicines.

Despite being an ancient technique, acupuncture is recognized by the National Cancer Institute as an excellent complementary therapy for cancer patients undergoing conventional therapy (surgery, chemotherapy and radiation).

Most patients being treated for cancer report a deep aching or burning pain induced by their medical treatments.  Since this ancient technique stimulates the body to release natural painkillers, cancer patients are often able to decrease their intake of prescribed pain medication.

Some studies have shown that acupuncture reduced migraine symptoms and tension headaches, and could be as effective as taking headache medications.  Other studies have revealed that acupuncture is an effective complementary alternative medicine for relieving the pain of carpal tunnel syndrome, fibromyalgia, low back pain, menstrual cramps, myofascial pain, neck pain, osteoarthritis, postoperative dental pain, and even tennis elbow.

Based on a 2006 trial, electro-acupuncture (a form of acupuncture that sends small electric currents to the nerves through the inserted needles) reduced symptoms of vomiting on day one of chemotherapy.  A United Kingdom study showed that wearing acupressure bands significantly reduced the episodes of nausea, retching, and distress in cancer patients.

By placing a fine needle into the P6 acupoint (also known as the Neiguan point), the urge to vomit is relieved.  Most acupuncturists and doctors of TCM prefer to use the P6 acupoint (located below the distal wrist crease on a patient’s lower arm) to relieve nausea and vomiting in patients.

Acupuncture reduces swelling by improving the flow of cytokines within the body.  Cytokines are chemical messengers that affect blood vessel permeability, vasoconstriction, and vasodilation.  The IL-10 type of cytokine helps decrease inflammation and studies have shown that acupuncture effectively raises IL-10 levels in the body.

Based on research published in Annals Oncology, scientists investigated 145 patients suffering from radiation-induced xerostomia who participated in acupuncture and oral care education.  They discovered that “patients who received nine weeks of acupuncture were twice as likely to report improved dry mouth than patients receiving oral care.  Individual symptoms were also significantly improved among the group receiving acupuncture.”

Based on a study published in the Journal of Oncology, acupuncture “has longer-lasting effects on the reduction of hot flashes and night sweats for women receiving hormone therapy for breast cancer compared to drug therapy.” 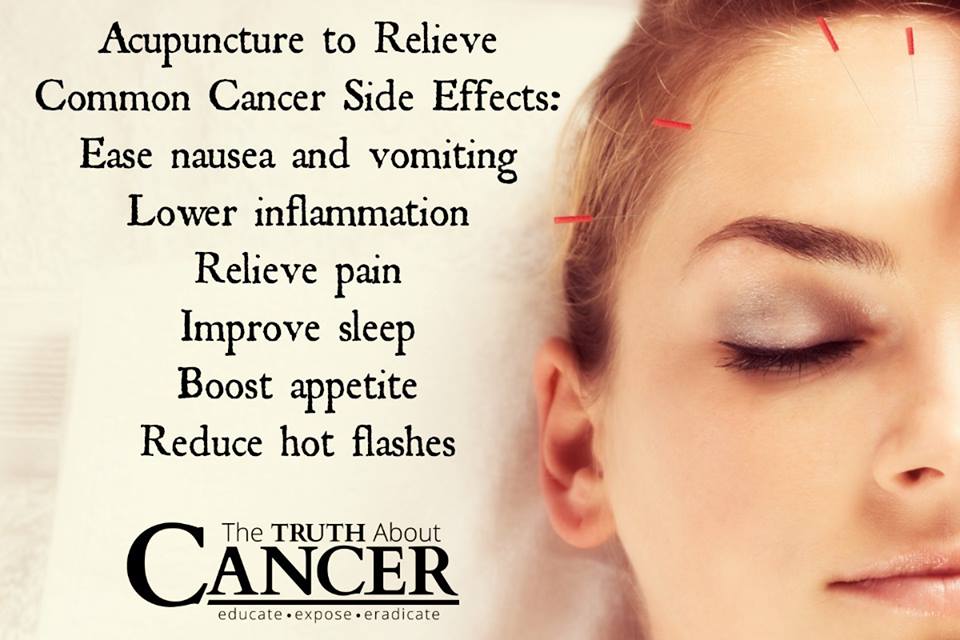 Side Effects of Acupuncture

Serious side effects rarely occur when acupuncture is performed by a qualified therapist.  Nonetheless, some who have had acupuncture treatments reported mild dizziness during their first session.  Experts recommend that you be on the lookout for bruising, pain and bleeding around the puncture point.  Contact your doctor if you encounter any problems.

This ancient therapy has been overlooked in the Western hemisphere but cultures all around the world have used it for thousands of years with incredible results.

If you are currently undergoing treatment for cancer, consider finding a qualified acupuncture therapist in your area and get some relief from the side effects today.

←
Previous
Caution! How Sunscreen Gets Into Your Blood and More (video)
→
Next
Dr. Stanislaw Burzynski’s Anti-neoplaston Treatment (video)