You are here: Home / Cancer Treatments / Are There Cheaper Alternatives to Chemo? (video)

Video Transcript: Are There Cheaper Alternatives to Chemo?

Ty Bollinger: Name some other things that you may have come across in your research that might help somebody that’s watching right now—

Laura Bond: So, high-dose vitamin C. It boosts the immune system, and protects you against viruses, and it’s said to reduce the toxicity of chemotherapy.

Ty Bollinger: Which, by the way, I hate to interrupt you but if you’re in Indonesia, you can just go into any clinic in Indonesia and get high-dose vitamin C.

Ty Bollinger: You can walk off the street, have $35 to $40 dollars, you can get high-dose vitamin C.

Laura Bond: And I mean, vitamin C is a cheap substance, so it should be cheap. But unfortunately—because I suppose doctors have to, you know, legally cover themselves and all these other things—it is expensive privately. And that’s the other thing my mom found. She thought it was—it’s so sad that people are punished financially for choosing alternatives, because, of course, you know, chemotherapy and radiotherapy, they are actually expensive, but mostly, you get them free on the National Health Service.

Laura Bond: And that’s why, in my book, I—the final chapter is “Overcoming Cancer on the Cheap”. And I wanted to talk about things like turmeric, things like cannabis oil—that there are other things out there that are more affordable.

Something my mom has recently started using, is this machine called the Pyro-Energen, which uses negative static electricity. And what it’s supposed to do is to interfere with cancer cell division. And there’s no published research reports on this particular machine, but in 2011, the FDA approved a machine using electrical fields for brain cancer. And the way that they describe the way that works is by interrupting cancer cell division. So it’s kind of interesting. And I think this area of electrical nutrition—that’s what Keith Scott-Mumby calls it—is really exciting. And these machines are becoming more and more affordable, which is great news.

Ty Bollinger: Yeah it is. I was mentioning that I did not know that the FDA had actually approved a machine.

Laura Bond: Yeah, absolutely. If you look up – and anyone can Google it – I think it’s Bill Doyle. He talks about it on TED Talk actually. And there’s some case studies on that sort of video, linked to the TED Talk. People can go and look it up. I think the company’s name is Novocure. 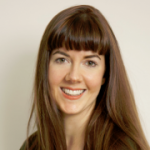 Laura Bond is a nutritional health coach, author, and journalist with over 10 years experience. She's written two books: "Mum's Not Having Chemo" and "5 Things Every Cancer Patient Needs to Know." As a health coach Laura specializes in helping clients beat stress, reduce their toxic load, and prepare their bodies for babies. Her features have appeared in The Sunday Times, Tatler, The Mail on Sunday, Psychologies, Cosmopolitan, Stylist, and Healthy.