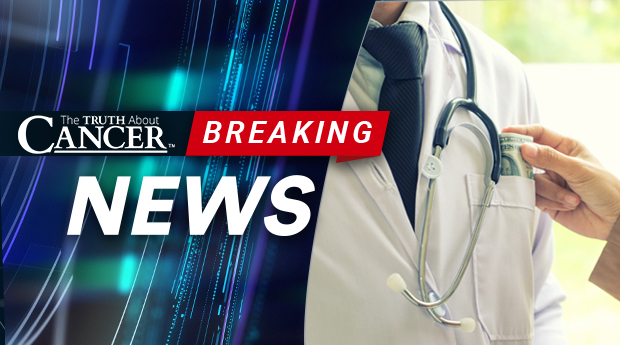 A survey published last month in the Journal of General Internal Medicine found that nearly three out of four doctors have financial ties to Big Pharma. The vast majority of these relationships were with representatives of prescription drug or medical device manufacturers. Gifts included drug samples, meals, and payment for consulting or advisory roles.

Since 2013, federal law has required that payments to doctors by medical device and pharmaceutical companies be publicly reported. The database (which you can access here) has published over 11.5 million records between August 2013 and December 2017, reflecting $8.4 billion in gifts and payments.

Dr. Aaron S. Kesselheim, an associate professor of medicine at Harvard Medical School and lead author of the survey, says this may be influencing doctors’ behavior. According to the study, “Free samples are used as a marketing tool and have been linked to prescribing of high-cost, brand-name drugs over lower-cost generic alternatives.” He suggests that money paid for public speaking and consulting engagements may have an even more acute impact on doctor behavior. “Social scientists will tell you that any amount of money will influence people, but I think larger sums can influence behavior more,” Dr. Kesselheim said in a statement to The New York Times,

This information is terrifying.

We trust our physicians to make the best recommendations for our health, but the majority of these doctors are receiving gifts from Big Pharma that may influence the treatments they recommend. For example, an orthopedic surgeon in Manhattan received almost $2,000,000 from companies that manufacture hip and knee replacement products between 2015 and 2017. Not coincidentally, the surgeon, Dr. Geoffrey Westrich, performs hundreds of hip and knee replacements each year. In 2017, this doctor received $870,573.39 in general payments from pharmaceutical and medical device companies, including $448,000 for “consulting fees”, $28,580 for non-educational speaking engagements, and over $23,000 in travel and lodging.

Is it possible that these payments have no effect on the equipment, materials, and drugs the good doctor uses?

Is it likely? Dr. Kesselheim doesn’t seem to think so.

And while health insurance often shields patients from the bulk of these inflated prices, they end up being passed down in the form of higher rates and higher deductibles. And who profits? Big Pharma and the medical device industry.

Remember Purdue Pharma, the makers of OxyContin? In 2015 they paid nearly $12 million to doctors not associated with research studies. This included 4 payments totaling over $460,000 to Dr. Glen Apseloff, the president and lead researcher at Ohio Clinical Trials, Inc. These were reported as “consulting fees” and were paid directly to Dr. Apseloff, not Ohio Clinical Trials.

We’ve talked about the how doctors can profit from chemotherapy, and the lengths pharmaceutical companies will go to promote their products. Medical schools focus almost exclusively on pharmaceutical and surgical intervention strategies used to reactively address health issues rather than homeopathic strategies to proactively prevent these diseases in the first place.

And why not? There’s far more money in prescription drugs and medical equipment than there is in holistic and homeopathic treatments.  In a 2009 article by Dr. Art Van Zee, it was reported that Purdue Pharma conducted more than 40 national pain-management and speaker-training conferences at resorts in Florida, Arizona, and California. More than 5000 physicians, pharmacists, and nurses attended these all-expenses-paid symposia, where they were recruited and trained for Purdue’s national speaker bureau. This coincided with the launch of OxyContin.

It is well documented that this type of pharmaceutical company symposium influences physicians’ prescribing, even though the physicians who attend such symposia believe that such enticements do not alter their prescribing patterns,”

So, what can we do? How do we make sure that we’re getting the best advice from our doctors? One way is to seek transparency with your doctors and avoid seeking advice from health care providers who accept large sums of money from Big Pharma. Another is to learn as much as you can about homeopathy and natural prevention and treatment strategies. Finally, seek out a holistic care doctor in your area, who can help you find the right plan for your body to treat the disease, not the symptoms.

←
Previous
Juicing to Fight Cancer: The Best Way to Get All the Right Nutrients – Part 3 (video)
→
Next
Are There Cheaper Alternatives to Chemo? (video)