You are here: Home / Nutrition / Food & Drink / How Barley Fights Cancer and Other Health Benefits 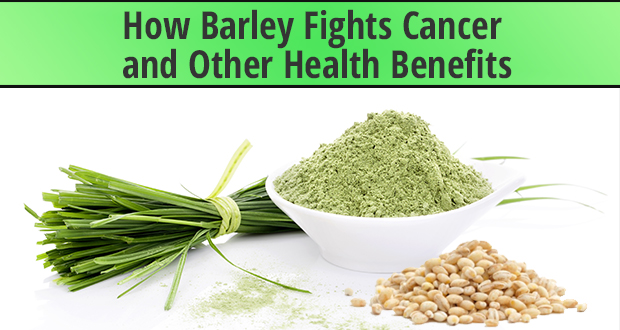 Barley has written its own history since the era of the ancient Egyptians. More than ten thousand years ago, ancient Egyptians were using barley, one of the earth’s oldest grains. They used it as food for humans and animals. The grain was also used in making alcoholic beverages and barley water for medicinal purposes.

The ancient Greeks used barley for making bread and served it as food for their athletes. They believed that barley bread contributed to the athlete’s overall strength. Even in ancient China, they recognized this special grain as a symbol of male virility.

In 1494, Christopher Columbus introduced barley to the land of America. However, even with barley’s ancient history, Americans do not include it as one of their staple foods. Unlike wheat and oats, barley was unpopular… until now! Barley has recently gained some recognition, not only in the culinary field, but also in the medicinal field as scientists have uncovered its astounding health benefits.

Today, Canada, the United States, Russia, Germany, France and Spain are the world’s largest producers of barley. It is a rich source of fiber, minerals, and phytochemicals that combat several types of diseases such as diabetes, heart disease, and even cancer. Including barley in your meals is an appetizing way to combat these diseases since it has a rich, nutty flavor with a chewy consistency.

Barley resembles wheat berries but is lighter in color. It is also notable for its maltose content which is used for making malt syrup sweeteners. Breweries also use the grain for making beer, wine, and other alcoholic beverages (although I don’t recommend those as part of your cancer-fighting diet!)

It was mentioned earlier that barley has the ability to combat cancer. Since it is naturally rich in fiber, it can boost your intestinal health; hence, protecting you from colon cancer. The fiber component of barley decreases your risk of colon cancer by increasing the bulk activity and decreasing the transit time of fecal matter which makes your colon healthier.

It’s not only the barley grain which wards off cancer, but the greens are also beneficial because of their superoxide dismutase component. Superoxide dismutase (SOD) is a type of enzyme that destroys harmful free radicals in the body. Based on a study conducted at the University of Iowa, there is a relationship between the levels of SOD and the occurrence of cancer. Diminished amounts of SOD were found in cancer cells. Researchers concluded that this relationship may help clinicians to formulate appropriate cancer treatments. 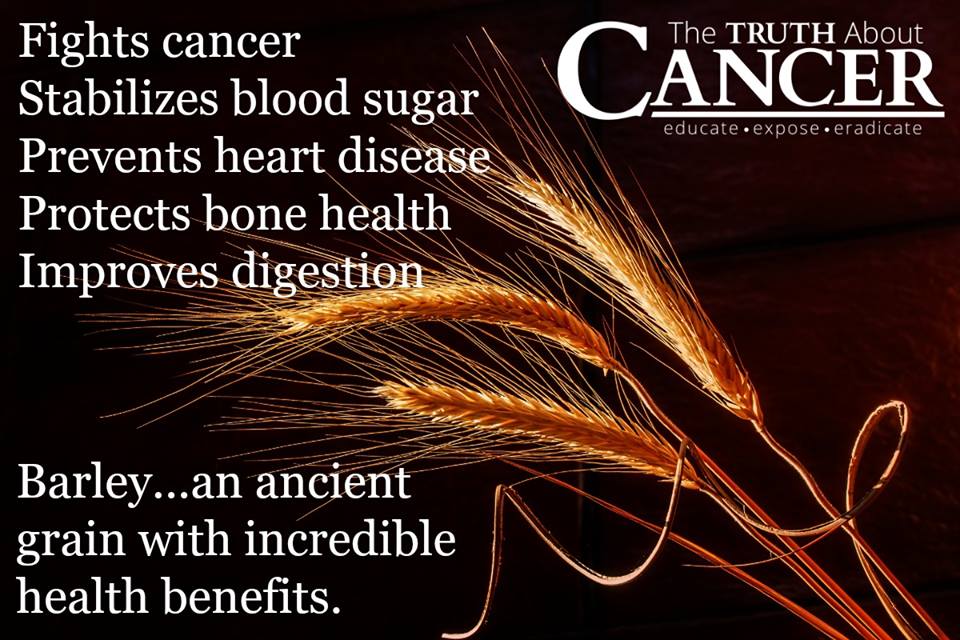 Barley grass is also rich in vitamin B-17 which has the potential to destroy cancer cells while leaving the healthy cells unharmed. Barley grass’ chlorophyll components play an important role in the detoxification of the body. With chlorophyll, free radicals can be warded off which cause harm to healthy cells.

The benefits of barley do not stop with fighting cancer. It has a wide array of benefits for every individual. Here are some of barley’s other health benefits:

How to Cook Barley

Here are some of the easiest ways to include this grain in your diet:

Sautéed barley and mushrooms. Sauté onions in olive oil until caramelized. Then sauté the mushrooms. After a few minutes, toss the barley grains and greens into the pan. Add some dill and salt. Mushrooms also have anti-cancer mechanisms.