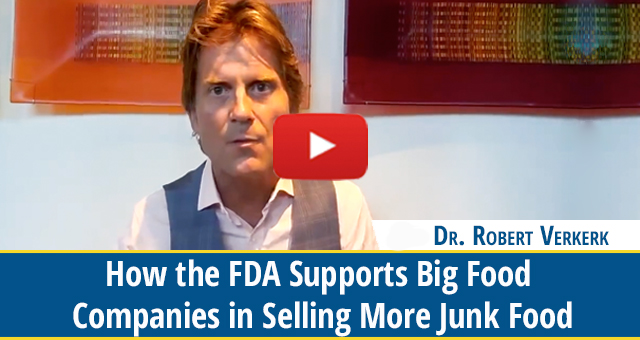 Ty Bollinger: I’m here with Rob Verkerk with the Alliance for National Health International [ANH]. Rob, thank you for being with us tonight.

Dr. Robert Verkerk: Hey, it’s fantastic to be with you too.

Ty Bollinger: And what I want to do is get you, first of all, to tell our listeners exactly who you are and what you’re doing with the ANH and then I’ve got a couple other questions for you. So first of all, just kind of give us a background on you.

Dr. Robert Verkerk: ANH is all about working very hard to protect sovereignty over our bodies in order to be able to manage our health, have freedom of choice, ensure that there is informed choice to make those choices, and allow people to manage their health in the way that we have already been doing for many hundreds of thousands of years.

And of course, modern science comes along now and, coupled with what we already know from traditional systems, most of the solutions to most of the big diseases that are out there that are creating a huge burden on healthcare systems around the world, the information is available.

But it’s not getting to people. There’s a whole regulatory movement that is being developed by very large corporations in cahoots with governments, that is increasingly impinging our ability to choose products that can really transform lives, transform the quality of lives, and eliminate the burden of disease that is really crippling society today.

Ty Bollinger: So you mentioned regulatory agencies. Now here in the United States we think of the FDA. But you’re working with ANH International. Is the FDA the only regulatory agency that we need to worry about?

Dr. Robert Verkerk: Not at all. The FDA exists in different forms in all other countries.

In some cases you have authorities like the FDA that deal both with food and with drugs. In other parts of the world you’ve got specific food authorities and other drug authorities that are somewhat separated.

The difficulty when you have the same people dealing both with food and drugs or sharing offices within similar buildings, is that they inevitably develop a system of regulation that works for the corporations that supply the largest amount of money to those governments.

These people are bureaucrats so they’re not necessarily looking at the big picture. They’re certainly not looking at how they can resolve the disease burden in any particular country or part of the world. And the system, the intricate system that is being developed by these authorities working globally, these groups and bureaucrats working globally is already being mapped out.

If we look say at the development over the last 40 years of the Codex Alimentarius, this is how corporations and governments have come together in order to manage the global food trade.

The increasing availability of processed foods, or preserved foods, or foods that have been irradiated, or that have relatively high levels of pesticide residues − all of that has been agreed at an international level through Codex. 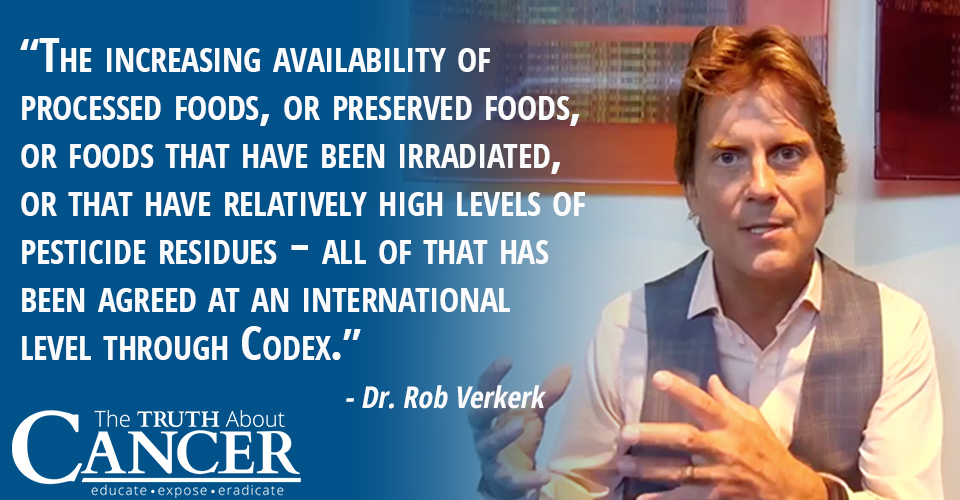 And it has been 100 percent supported by the FDA and also by the European Commission that interestingly stands as a body that represents the trading block of the 28 member states that comprises Europe. Which actually supports now our population of close to half a billion people.

And again, in this system at Codex there is a consensus approach to decision making and there are a number of countries such as the USA, Canada, Europe, and Australia, and even New Zealand that play a dominant role. If a smaller country, say a sub-Saharan African nation disagrees with any of these issues they tend to be quashed.

As a result you get a system of trade that is meant to be all about free trade, but it’s actually expanding trade in products that — particularly food products — that are right at the nub of the key health problems that we have.

So if we look at the prevalence of American-style foods that are maybe typified by say McDonald’s or other processed foods. Or the products of Pepsi, for example, or Coca-Cola, of which there are many associated products, or products from Nestle that cover many, many different brands… these are the companies that play the dominant role so that their products can be available in more or less the same form in supermarkets all over the world.

←
Previous
Keep Cancer at Bay with Enzyme-Rich Raw Foods
→
Next
Juicing vs Blending: What’s the Best Way to Drink Your Greens?

Robert is an internationally acclaimed scientist with over 25 years experience in the field of agricultural and healthcare sustainability, having worked in academia, industry and the not-for-profit sector. He has worked extensively in Africa, Asia, Australia, the Americas as well as Europe.After leaving Imperial College London in 2002, he founded the Alliance for Natural Health, which he has headed since. His background, as a scientist, campaigner and visionary, hold him in good stead for his dual role as Executive & Scientific Director of ANH-Intl as well as its regional European office.