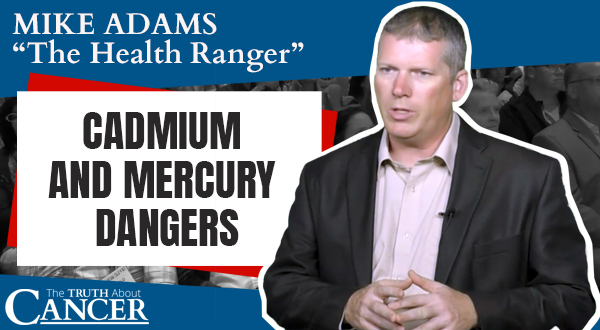 Ty Bollinger: Is your coffee secretly poisoning you?  The reason that you feel energized from a cup of coffee may be due to a completely different reason than what you thought. It all starts with a heavy metal called cadmium.

Charlene Bollinger: And that’s not the only dangerous heavy metal that is pervasive in our food supply. Keep watching and learn from our good friend Mike Adams, The Health Ranger, on how some heavy metals can give you a temporary high and why seafood might not be as healthy as you thought.

Mike Adams: Cadmium is linked to prostate cancer. Cadmium is linked to endometrial cancer. Cadmium increases the risk of breast cancer, it accelerates cellular aging, and these things are all supported by the science on cadmium; it causes lung diseases and many other problems, skin disorders, for example, heart, muscle disorders. Cadmium, it’s a heavy metal, atomic mass I believe of 114, so it’s lighter than lead, but it is very, very toxic and it interferes with normal physiological processes, that are necessary for good lifelong health.

The thing about cadmium, a lot of people assume that if you take a heavy metal that it makes you feel bad right away, and that can be true if you take a lot, but you have to look at the history of medicine to understand that mercury salts and mercury vapors were used medicinally by scientists and doctors for hundreds of years. And why is that? Well, mercury is antibacterial; it kills everything. That’s why they put it in vaccines. It’s an antibacterial additive in the form of thimerosal.

Just maybe 25 years ago you could purchase mercury-based antibacterial skin creams. I’ve actually got one. I’m holding on to one, kind of a museum of bad medicine, that was purchased 25-30 years ago. Mercury kills bacteria, but if you inhale mercury vapors, this is what doctors found many years ago, it gives you a kind of high. It can make you feel strong, it can make you feel invigorated, it makes you feel healthy; it stimulates a very powerful immune response even while it’s killing you.

Mercury is extremely toxic. Mercury causes brain damage and kidney damage. It’s hurting you, but it can feel to the person like they’re invigorated. I guess it’s kind of like you see all these other street drugs that people take, you know meth, and cocaine and heroin, and those drugs make those people temporarily feel good, don’t they? Those people feel like superheroes, those people feel like they’re invincible, like they can take over the world, but those drugs are killing them.

Well, mercury is much the same. One of our founding fathers, George Washington, was treated with mercury, and many historians believe that mercury was largely responsible for his death, because he had, you know, he had serious health conditions and infections and so on and his doctors kept dosing him with mercury. And when he got weaker they said, “Well you need more mercury.”

Sounds like the vaccine industry, doesn’t it? Vaccine, you get a flu shot, you feel bad, they say “Oh, you need another flu shot.” Nothing has really changed, and there’s still mercury in flu shots, and yes, they’re giving them to pregnant women in America.

So, the reason I mention all of that is because cadmium can make people feel high, makes people feel strong. Cadmium is a very common heavy metal contaminant in coffee. So, you might be drinking a cup of coffee and thinking you’re getting energized from the caffeine, and that may be true, but for a lot of people they’re getting a cadmium rush. And so, they crave the cadmium in coffee.

All right let’s move on to mercury. Mercury is a very potent neurotoxin. There is no safe level of mercury to be injected into anyone or to consume in a food. Now what you need to know about mercury is that all seafood is contaminated with mercury without exception, 100%. If you go to a restaurant and you order shrimp, or you order not just tuna fish but other types of fish, swordfish let’s say. If it’s from the ocean, it has mercury in it. No question about it. We’ve tested hundreds of samples; we’ve never seen one without a lot of mercury. It’s there in every case. 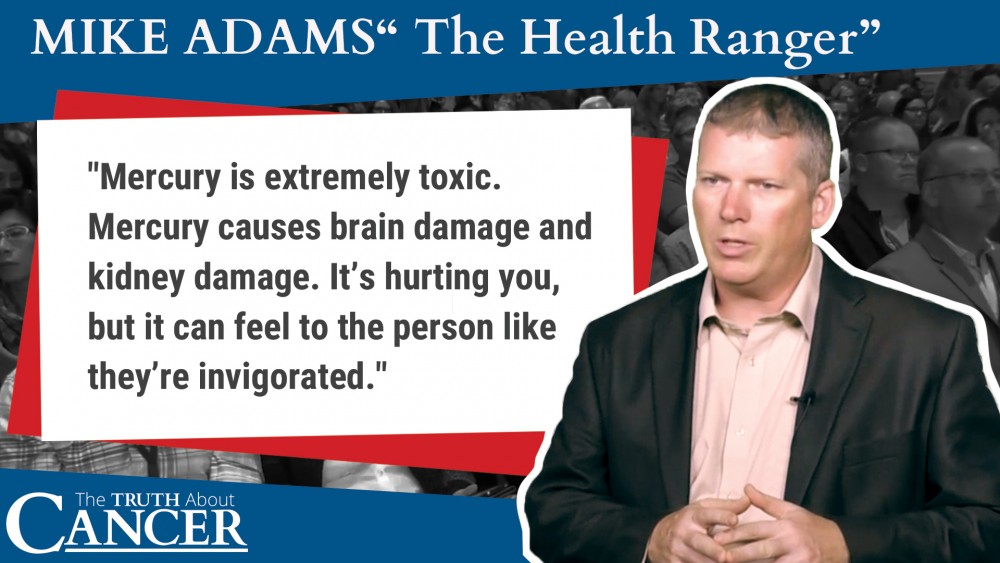 Mercury, in addition to damaging neurological function, it of course interferes with gene expression, and it damages kidneys. You know those dialysis centers that seem to be cropping up all over the country now growing like weeds all across America? There’s big business in dialysis, there is a lot of money to be made in dialysis. A lot of those patients have had their kidneys damaged by mercury in flu shots.

Ty Bollinger: Thanks for watching. We hope you liked today’s video.