You are here: Home / Cancer Treatments / How to Make the Cancer Fighting Essiac Tea Recipe

The numbers of survivors in any given year can be misleading… since the cancer may simply claim their life in another calendar year. It is a horribly painful truth.

Whatever your thoughts on conventional medicine or your personal choice about following standard medical advice, there are available holistic therapies you can use in conjunction with your current cancer treatment to increase your chances of surviving a brutal and unrelenting disease. Saving lives should be everyone’s goal by any means necessary. 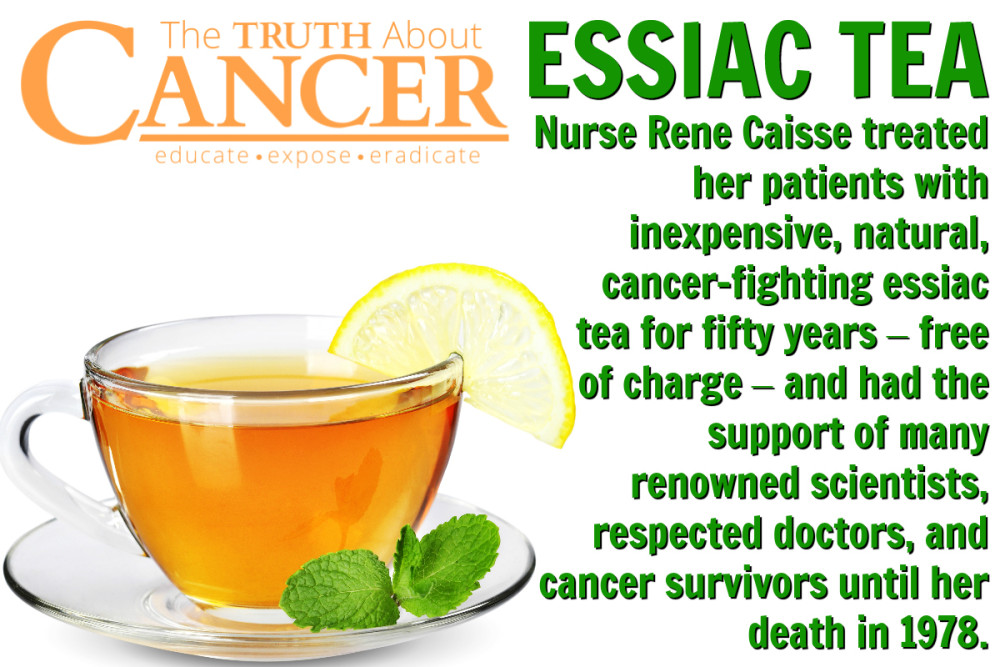 We need to stop fighting so we can stop people from dying.

This is a fight a Canadian nurse understood well. Rene Caisse treated her patients with an inexpensive, natural essiac tea for fifty years – free of charge − and had the support of many renowned scientists, respected doctors, and cancer survivors until her death in 1978.

A mixture originally used by the Canadian Ojibwa tribe, this “tea of life” was recreated by Nurse Caisse and administered to her patients starting in the 1920s. Patients who were told there was no hope by their doctors were able to beat their cancer.

Despite attacks to her reputation, legal trouble for her treating patients without a license, and being dragged into court countless times, Nurse Caisse never stopped helping her patients. The fact she wasn’t charging for her tea is probably the only thing that kept her out of jail.

In 1938, she received more than 55,000 signatures on a petition to allow her to continue giving her tea to patients who were told nothing could be done to treat their disease.

Thousands of people swear by the results they got from this Essiac tea recipe. Meanwhile there were many doctors who called it nothing more than the “placebo effect” in action. When people survive what is considered unsurvivable cancer… we need more of what helped them do that.

Whatever it is, we need more in our lives and the lives of our friends and loved ones. 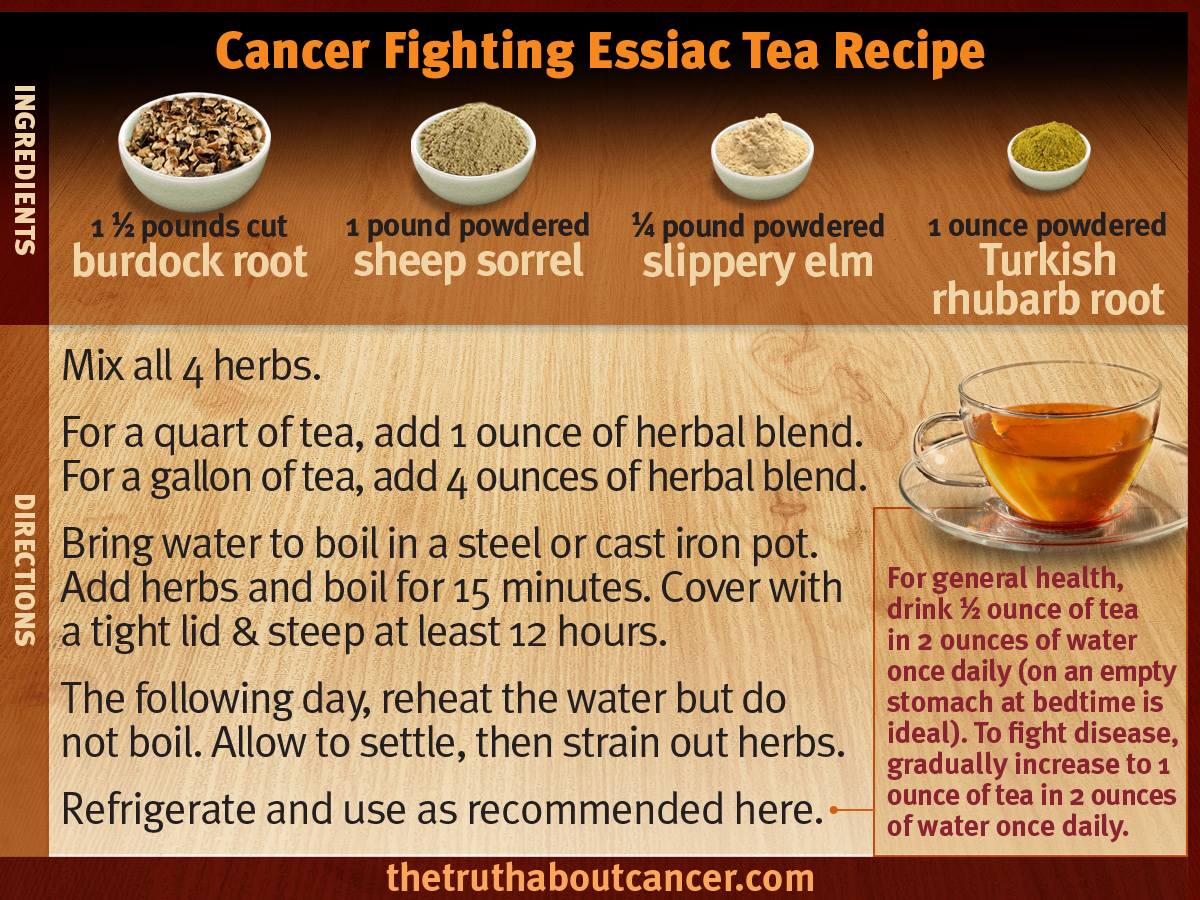 How Does Essiac Tea Work?

Essiac tea detoxifies the body, attacks cancer cells, and ramps up the immune system with powerful antioxidants. To date, it has proven safe for all but pregnant or nursing women. For best results, buy the ingredients individually and prepare it yourself.

For general health, drink ½ ounce of tea in two ounces of water once daily. Rene Caisse suggested it be taken at bedtime on an empty stomach. To fight disease, gradually increase consumption of Essiac tea to 1 ounce of tea in 2 ounces of water once daily. The tea can be consumed cold or hot and more water can be added for a milder flavor. Nurse Caisse cautioned against drinking more in hopes of better or faster results and to increase water consumption.

There doesn’t have to be an either/or relationship between conventional and alternative practitioners. The first goal, the only goal, should be saving lives. Essiac tea is a natural, well-tolerated holistic treatment… and Nurse Caisse’s patients lived to tell others about it.

Editor’s note: This post was originally published in February 2016. It has been updated and republished in November 2019.