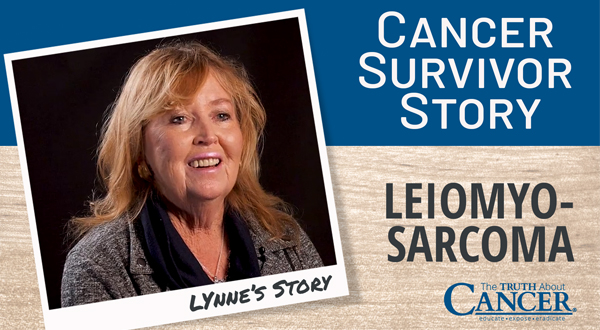 Lynne was living at most people’s rock-bottom in 2007 – sentenced to eight years and four months in federal prison for alleged tax offenses.

So just when things couldn’t get worse… they got worse. They found a tumor in her stomach. And it turned out to be a deadly type of cancer of the muscles called leiomyosarcoma.

Lynne worked like crazy to fight the fear, even calling her cancer “the alien” instead of cancer. Locked away from friends and family, she turned to the Bible for solace, finding amazing words of comfort every time she opened it. She promised God she wouldn’t give in to fear… and prayed for Him to give her strength.

Meanwhile, her doctors told her they couldn’t operate. She had six months to live.

They could send her to a teaching hospital who would “try” to operate, but there were no words of reassurance that it would work. And they said they extend her life by a year – at most – if she went through chemotherapy.

Lynne rejected the chemo knowing one thing: if God created her body, He could heal it. But not if she destroyed her immune system with chemo. So she refused.

However, she fought for her rights and went through surgery at the teaching hospital. Truly fighting every step of the way to make sure they removed only what was necessary and not one thing more. After surgery, she learned everything she could about fighting cancer with nutrition. And used the only things she could access in prison – food and exercise – to fight cancer. She also found The Truth About Cancer’s book and embraced hope.

Watch the full video above to hear Lynne’s story, and how she’s living the dream she had back when she first was diagnosed: to survive and thrive, spending time with her grandchildren as well as writing books.