You are here: Home / Cancer Causes / What the Monsanto Verdict Means for You 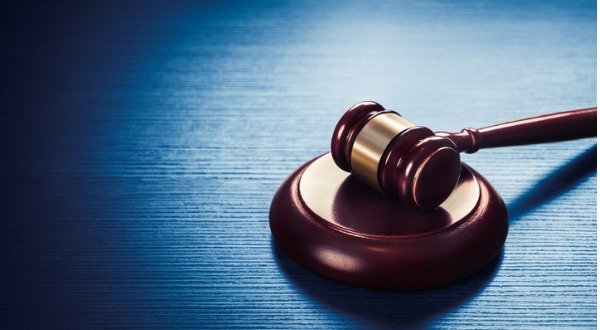 In case you missed it – in a landmark ruling on August 10, a California jury determined that Monsanto’s weed killer Roundup had caused DeWayne Johnson, a groundskeeper, to develop a form of cancer known as non-Hodgkin’s lymphoma – and that Monsanto had failed to sufficiently warn him of the health hazards of exposure.

Further, the jury found that Monsanto “acted with malice or oppression”.

They awarded the plaintiff the staggering sum of $289 million in damages. Although Johnson’s case had been fast-tracked to trial because of the severity of his disease, he’s unlikely to survive past 2020 and may never see a penny.

Still, this landmark ruling is a major development, because it’s the first trial judgment linking glyphosate to cancer. Naturally, Monsanto plans to appeal the ruling, meaning that it will likely take years before a final settlement is reached.

During the trial, evidence was presented to show that Monsanto repeatedly ignored warnings, doctored the science, and even fabricated data to hide the dangers of glyphosate.

Recently, Monsanto has been acquired by Bayer, a German multinational pharmaceutical and life sciences company, for $66 million including assets and liabilities.

Things have not gone well for Bayer.

A day after the landmark ruling in favor of Mr. Johnson, Bayer’s stock price fell by 12%, reducing their valuation by billions of dollars. Not only that, there are currently more than 8,000 U.S. Federal and state lawsuits moving through the courts against Monsanto asserting the cancer risks of glyphosate-based weed killers.

What is Roundup and What Does It Do?

Monsanto’s business model is both simple and ingenious. After selling their weed killer, they aggressively market their own seeds, which have been genetically engineered to be resistant to Roundup. Farmers growing Roundup-resistant crops spray their fields with the weed killer. The weeds die, but their crops don’t.

A business model in which a known toxic chemical is sprayed on food crops is both inhumane and unprecedented in the history of agricultural practice.

However, Monsanto still insists that Roundup is safe, pointing out that it is registered in 130 countries and approved for use on more than 100 crops They insist that it does not cause cancer.

This in spite of the fact that multiple studies have shown that glyphosate, the main ingredient in Roundup, is linked to kidney failure, problems with the immune system, DNA damage, and cancer.

To understand the full extent of glyphosate’s toxicity, check out this article.

Today, farmers in the U.S. use an estimated 300 million pounds of Roundup every year. Unfortunately, it has also become common practice to use glyphosate as a desiccant – to dry out non-GMO crops including wheat, barley, oats, and even sunflower seeds before harvesting.

Since glyphosate is also very likely still present on genetically engineered food crops such as corn, soy, sugar beets, canola, and alfalfa when they are harvested, most of us are consuming unknown amounts of this highly toxic substance, whether we like it or not.

What Can You Do to Minimize Your Exposure to Glyphosate?

Previously, we’ve discussed a few tips to minimize your exposure to glyphosate, including:

To help promote information about the dangers of glyphosate and Roundup, you can:

This comprehensive article has all the information you’ll need and more.