You are here: Home / Nutrition / Food & Drink / Carbohydrates and Keto: How Holiday Foods Harm and Heal 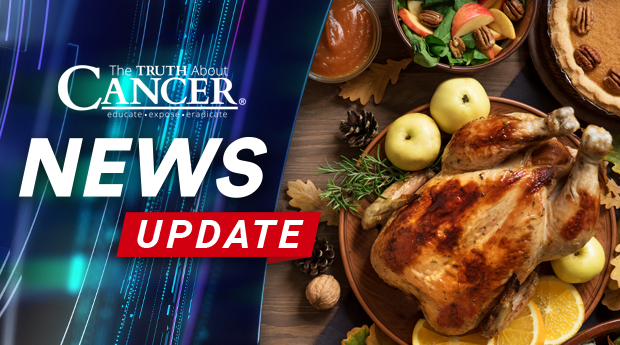 A new study published in The BMJ this week has found that consuming too many carbohydrates can lead to higher insulin production, greater hunger, and lower energy expenditure. The researchers hypothesize that what we eat can have a profound effect on our ability to maintain a healthy weight – and that what we eat may be more important than how much we eat.

This approach to nutrition is known as the carbohydrate-insulin model, which was postulated by David Ludwig, the lead researcher for this new study. You see, the common theory regarding weight gain and fat storage has focused entirely around energy. If you use more energy than you consume (by getting enough exercise and limiting your caloric intake), you can lose weight and maintain a healthy lifestyle.

But Ludwig believes that high insulin levels (produced when we eat lots of processed carbohydrates) cause our bodies to store as much fat as possible. As fat cells grow, they store as many calories as possible, leaving very few to fuel the rest of the body. This causes us to feel hungry, which is a double-edged sword; if we continue eating, we continue to fuel the carbohydrate-insulin model, but if we don’t eat, our metabolism slows down in order to conserve energy.

The study evaluated 164 participants, feeding them diets of either 20%, 40%, or 60% carbohydrates. What they discovered is that the group consuming a lower carbohydrate diet burned about 140 calories more each day than those on a high-carbohydrate diet. In fact, it seems that reducing the contribution of carbs in your diet can lead to burning an extra 50 calories a day for each 10% reduction. In other words, the less carbs in your diet, the more efficiently your body can expend energy.

If you’ve been following our research at TTAC, you know that we strongly encourage trying a ketogenic diet. In essence, this diet is about reaching a natural state known as ketosis. When your body is in ketosis, it burns fat for fuel instead of relying on carbs and sugars that convert to glucose. And this natural state of ketosis doesn’t only help with weight loss; it can actually starve cancerous cells, helping to prevent and combat cancer.

And I know what you’re thinking: “But Charlene, it’s only a day until Thanksgiving!” The good news is that most of the traditional foods served at Thanksgiving are keto-friendly. And for those that aren’t, there are some fairly simple, yet tasty alternatives.

Let’s start with the centerpiece of most Thanksgiving feasts: the turkey. Turkey is super keto-friendly. The focus is all on lean protein and healthy fats, and turkey has got you covered. Plus, it turns out that the dark meat, long considered the “less healthy” meat, actually contains tons of healthy fats that are ideal for anyone on a keto diet. Just make sure your turkey is organic, and not pumped full of harmful chemicals and hormones.

For those who are a bit less traditional, ham can also be found at the center of the holiday dinner table. Like turkey, ham is a pretty keto-friendly source of protein and fat. However, hams are often cooked with a sugary glaze, so avoid the outer edges and you’ll be on your way to the benefits of a low-carb diet in no time.

Gravy is generally something to avoid, as it’s usually made with flour or other carbohydrates and processed sugars. However, the natural drippings from the turkey are loaded with healthy fats and totally carb-free.

Salads, veggies, and deviled eggs are also keto-friendly. Even organic cheese is fine for anyone looking to avoid carbs and get their body into a healthy state of ketosis. And for those items that aren’t, like mashed potatoes, cornbread stuffing, and biscuits, there are plenty of alternative options.

Cauliflower is one of my favorite foods due to its versatility and cancer-fighting properties. You can use it to make stuffing, mash it as a substitute for potatoes, or in a myriad of other recipes. Cauliflower is also great for digestion and detoxification. It has even been shown to help prevent colon cancer. In fact, any cruciferous veggies are a great choice for healthy, cancer-fighting nutrition.

Limiting the amount of sugars and carbs in your diet can go a long way in preventing and fighting cancer, which is our primary mission here at TTAC. And with new research showing the effects of carbs on weight loss and obesity, it’s time to kick carbs to the curb. Wishing you a happy and healthy Thanksgiving!

←
Previous
The Power of the Placebo Effect (video)
→
Next
Corrective Medicine: Fighting the Disease, Not the Symptoms (Part 2 – Video)