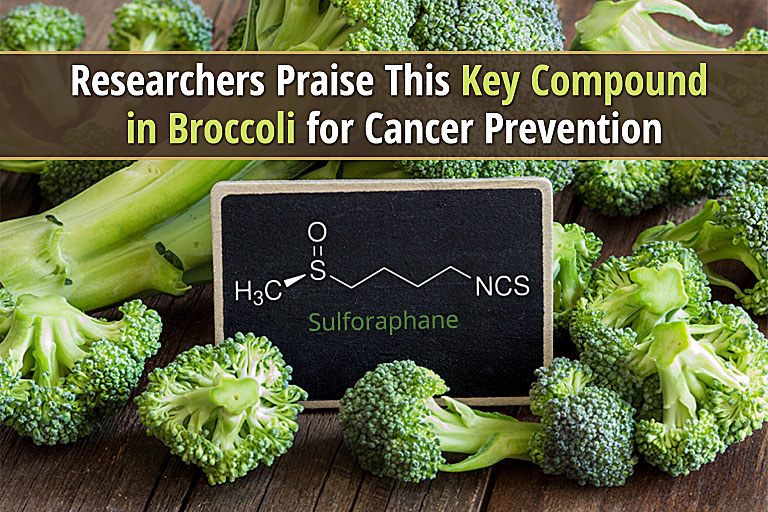 Cruciferous vegetables have gained considerable attention in recent years for possessing a plethora of unique health benefits. One of the best known members of the cruciferous family – broccoli – contains a powerful nutrient compound known as sulforaphane.

Hidden deep within those luscious green stalks piled high on your dinner plate, sulforaphane has been under intense scientific scrutiny and hundreds of published studies suggest it might be an effective weapon in the fight against cancer. Scientists globally have expressed amazement over what this nature-derived nutrient compound is capable of.

A recognized chemoprotective agent, sulforaphane shows up more than 600 times in the U.S. Government’s PubMed database when queried in conjunction with the word “cancer.” This shows it’s been extensively studied, and for good reason: sulforaphane is among the world’s leading go-to nutrients for people looking to thwart the formation and progression of cancer.

Can Sulforaphane Switch Off Cancer Genes?

Cancer is often blamed on “genetic defects,” though this claim is more speculative than actual fact. Even so, sulforaphane exhibits a unique ability to regulate human genes in such a way as to protect them from mutagenesis, which is just a fancy word for detrimental genetic mutations. Sulforaphane works variably to help the body avoid such genetic failures, and thus operates as a cancer antagonist.

The human body was designed with natural, cancer-suppressing genes of its own that, due to various environmental and dietary factors, sometimes go awry. This is where sulforaphane comes in. Studies have shown that this amazing compound is capable of switching on and off genes for the purpose of stopping tumoral cells from replicating and spreading. Sulforaphane may also cause cancer cells to self-destruct, a process known as apoptosis.

Research has shown that sulforaphane not only blocks DNA methylation, which is implicated in the epigenesis of cancer formation, but also steps in to regulate certain cell cycle progression processes that would otherwise contribute, under the right circumstances, to cancer taking hold.

More recently, scientists out of Oregon found that sulforaphane may possess therapeutic potential in the treatment of late-stage prostate cancer. This is significant as the American Cancer Society suggests prostate cancer will afflict nearly 15% of men at some point throughout their lifetime. Dietary consumption of sulforaphane proved effective in selectively targeting malignant cancer cells while protecting healthy cells. 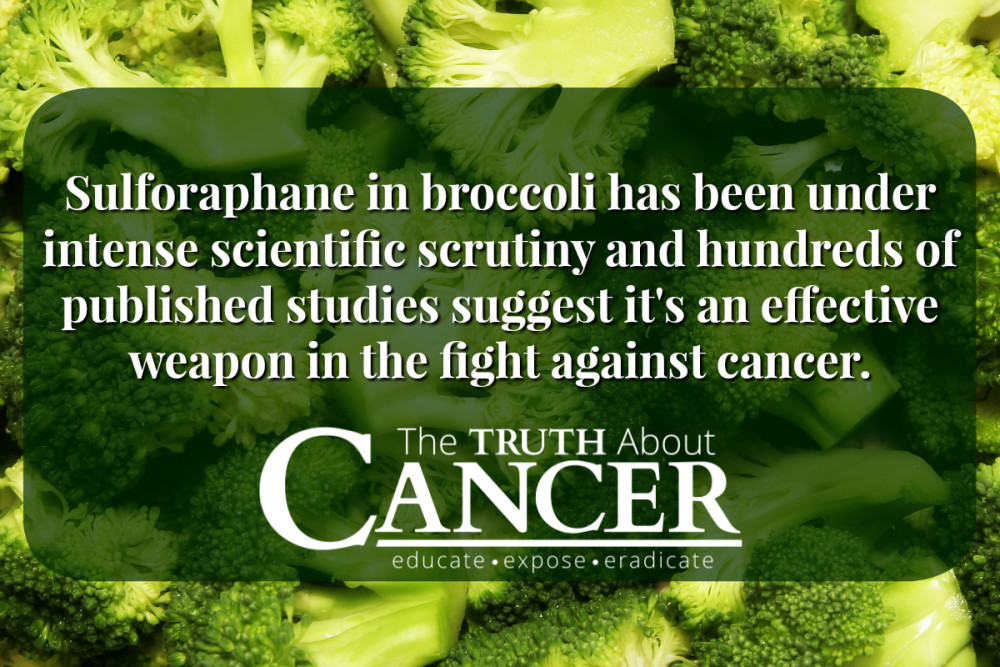 Researchers from the renowned Linus Pauling Institute at the University of Oregon published evidence earlier this year showing that sulforaphane acts upon gene expression to support the body’s own natural ability to suppress tumors. Like other natural therapeutic compounds, sulforaphane has the ability to thwart disease without imposing harmful and potentially life-threatening side effects.

Eat Your Broccoli for Cancer Prevention

Sulforaphane is easy to obtain, too. It’s present in both broccoli and cauliflower, and especially in broccoli sprouts. Many natural health companies sell it in bioavailable supplement form. As always, be sure to consult a qualified health practitioner before undertaking any new medical protocol.

←
Previous
What is the Connection Between Toxins and Cancer? (video)
→
Next
Cancer Cover-up? The Low Dose Chemotherapy Alternative Your Oncologist Isn’t Telling You About (video)